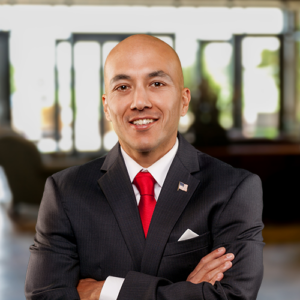 Michael Berry is Vice President of External Affairs, Director of Military Affairs and Senior Counsel for First Liberty Institute. He joined First Liberty in 2013 after serving for seven years on active duty as an attorney with the U.S. Marine Corps. Among Mr. Berry’s numerous positions within the Marine Corps, he deployed to Afghanistan in 2008, and from 2009-2012, Mr. Berry served as an Adjunct Professor of Law at the United States Naval Academy. Mr. Berry continues to proudly serve our nation as a member of the Marine Corps Reserve.

As Vice President of External Affairs, Mr. Berry is responsible for leading First Liberty’s efforts that build and execute strategic initiatives with external entities. As a recognized subject-matter expert on religious liberty, Mr. Berry has testified before Congress and he is routinely invited to speak across the nation about religious freedom. Mr. Berry has also been featured hundreds of times in various national media outlets.

By Mike Berry, General Counsel The Coronavirus pandemic of 2020 caught most of us unprepared. Among its many surprises was the rare bipartisan nature of the recovery and stimulus package known as the Coronavirus Aid, Relief, and Economic Security (CARES) Act. But what was not surprising was how quickly those who oppose religious freedom challenged the rightRead full article »