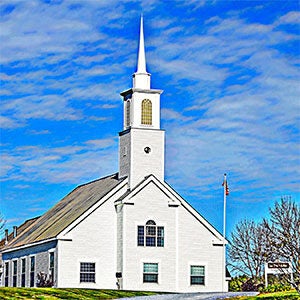 The church autonomy doctrine protects the religious liberty of religious organizations and local churches by preventing courts from even considering a case challenging how they pursue their religious mission. In this case, North American Mission Board of the Southern Baptist Convention (Mission Board) cannot carry out its mission of helping support churches to share the gospel, engage in compassion ministry, and plant new churches across North America if a court insists that it cooperate with those the Mission Board does not believe are able to effectively carry out that same mission.

The Mission Board works with state conventions to accomplish their shared goals. How religious organizations like the Mission Board cooperate with local church organizations is a sacred right protected by the First Amendment. Churches have the right to decide for themselves how to structure their ministries in order to achieve their religious mission.

Yet, one federal appellate court decision threatens to chip away at this right. In 2014, a state convention terminated its Executive Director after a disagreement about how best to work with the Mission Board to accomplish their goals. The former ministry leader then brought a lawsuit against the Mission Board, forcing a secular court to evaluate the religious character of the Mission Board. Resolving such a claim requires federal courts to involve themselves in the mission of a religious organization—something the First Amendment categorically bars courts from doing.

A federal district court agreed and dismissed the suit, concluding that the Constitution protects the independence of religious organizations and secular courts may not involve themselves in such religious disputes.  On appeal, a three-judge panel of the U.S. Court of Appeals for the Fifth Circuit reversed, allowing the lawsuit to move forward.  Nine judges on the Fifth Circuit, sitting en banc, affirmed its panel decision over the objection of eight dissenting judges.  First Liberty, along with global powerhouse Wilmer Cutler Pickering Hale and Dorr LLP, are filing a petition asking for the U.S. Supreme Court to review the case.

As Judge Ho of the Fifth Circuit explained in his dissent from the denial of en banc review, “If religious liberty under our Constitution means anything, it surely means at least this much: that the government may not interfere in an internal dispute over who should lead a church—and especially not when the dispute is due to conflicting visions about the growth of the church.”

If a court can evaluate the religious character of NAMB, it can also tell the local church who it must hire to preach their beliefs, teach their faith, and carry out their mission. The First Amendment already struck that balance for us in favor of church autonomy.

Washington, DC—First Liberty Institute and Wilmer Cutler Pickering Hale and Dorr LLP, on behalf of the North American Mission Board (“NAMB”) of the Southern Baptist Convention, asked the Supreme Court of the United States today to reverse a lower court decision impacting how religious organizations cooperate with local churches, a sacred right protected by the First Amendment.

You can read the petition here.

“The U.S. Supreme Court has made it clear that the Constitution protects the independence of religious organizations to choose their own leaders,” said Kelly Shackelford, President, CEO, and Chief Counsel for First Liberty Institute.  “The mission of NAMB is to help local churches plant new churches and engage in compassion ministry to share the gospel.  Secular courts are ill-equipped to evaluate how that mission is best carried out and by whom.”

NAMB partners with churches, local associations, and state conventions of the Southern Baptist Convention to share their Christian faith by planting new churches and providing compassion ministry. A former executive director of one of these state conventions sued NAMB alleging that NAMB influenced his termination. On April 24, 2019, the district court dismissed the case, concluding that the case would necessarily involve secular courts scrutinizing why a religious organization terminated its leader—a purely ecclesiastical matter secular courts are barred from addressing under the church autonomy doctrine.  A panel of the U.S. Court of Appeals for the Fifth Circuit reversed that decision upon appeal.

The church autonomy doctrine protects the religious liberty of religious organizations and local churches by preventing courts from reviewing cases challenging how they structure themselves to pursue their religious mission.  In this case, if secular courts can step in at any time to oversee how religious groups partner together, it could interfere with NAMB’s ability, and the ability of any local church, to carry out its mission of helping support churches to share the gospel, engage in compassion ministry, and plant new churches across North America.

“Just as courts cannot tell the local church who it must hire to preach their beliefs, teach their faith, and carry out their mission, courts cannot influence those decisions when there are two groups working together,” said Shackelford. “The First Amendment strikes that balance for us in favor of church autonomy.”

In July 2020, the Supreme Court of the United States in Our Lady of Guadalupe School v. Morrissey-Berru ruled 7-2 that courts must stay out of employment disputes involving important positions within churches and religious organizations.