First Liberty fights for of churches and religious schools to operate free of government interference.

For many years, both schools voluntarily participated in a pension fund for teachers. The schools agreed to contribute a set percentage of their payroll each year, and teachers were not asked to contribute. The fund initially consisted of eighty-three contributing schools throughout Puerto Rico, but over the years that number eventually dropped to forty-three. Due to the resulting financial hardship, the fund ultimately was unable to continue making pension payments and ceased distributions in 2016.

As a result, former employees of various Catholic schools brought suit against a number of parties, including the two schools we represent, as well as a nonexistent entity they labeled the “Roman Catholic and Apostolic Church in Puerto Rico.” The former employees argued that all Catholic-affiliated organizations in Puerto Rico should be held responsible for providing preliminary relief. The courts ultimately granted the preliminary relief, and on appeal, the Puerto Rico Supreme Court upheld the lower court’s determination that individual Catholic churches, schools, and other “dependencies” were “merely indivisible fragments of the legal personality that the Catholic church has,” and thus did not possess legal personalities of their own. Instead, the court deemed all Catholic entities in Puerto Rico jointly liable for claims against the nonexistent “Roman Catholic and Apostolic Church in Puerto Rico.”

“If a court can tell a church or school how to operate, it’s only a matter of time until government is telling churches what to believe,” said Kelly Shackelford, President, Chief Counsel, and CEO of First Liberty.

In January 2019, the Archdiocese of San Juan, along with four other Puerto Rico Catholic dioceses, asked the U.S. Supreme Court to reverse the decision by the Supreme Court of Puerto Rico that overrides the long-standing structure of Catholic churches and schools.

That’s when First Liberty was called. In February, attorneys with First Liberty Institute filed a brief with the Supreme Court of the United States on behalf of the two Catholic schools responding in support of the petition for certiorari.

Shackelford added, “We are asking for the U.S. Supreme Court to simply apply the clear purpose of the First Amendment and more than 100 years of its own precedent. The Justices should restore the freedom of churches and religious schools in Puerto Rico to operate free of government interference.”

WASHINGTON, D.C.—Today, the Supreme Court of the United States announced that it has vacated a decision by the Puerto Rico Supreme Court that overrides the long-standing structure of Catholic churches and schools. The Justices then sent the case back to the lower court for further review.  On behalf of two Catholic schools, First Liberty Institute urged the Court to hear the petition filed by the Archdiocese of San Juan, Puerto Rico.

“Our clients are pleased that the court vacated the Puerto Rico court’s ruling that jeopardized their ability to operate without government interference,” said Lea Patterson, Counsel to First Liberty Institute. “If a court can dictate a church’s operating structure, it’s only a matter of time until government tells churches what they can believe. The Supreme Court’s decision is an important step towards protecting religious liberty in Puerto Rico.”

First Liberty represents two parochial schools in Puerto Rico.  In 2016, former employees of various Catholic schools brought suit against a number of Catholic entities, including the two schools.  On appeal, the Puerto Rico Supreme Court upheld a lower court’s decision finding that individual Catholic churches and schools don’t exist as independent, legal entities, despite one of the schools, Academia del Perpetuo Socorro, holding its own corporate certificate since 1968.  Instead, the court deemed all Catholic entities in Puerto Rico jointly liable for claims against the “Roman Catholic and Apostolic Church in Puerto Rico,” an entity that doesn’t exist.

The Justices concluded that the trial court did not have jurisdiction because it entered its original order while the federal district court was considering whether to take up the case.  Justices Thomas and Alito added, “As the Solicitor General notes, the Free Exercise Clause of the First Amendment at a minimum demands that all jurisdictions use neutral rules in determining whether particular entities that are associated in some way with a religious body may be held responsible for debts incurred by other associated entities.” 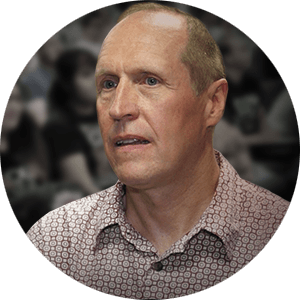