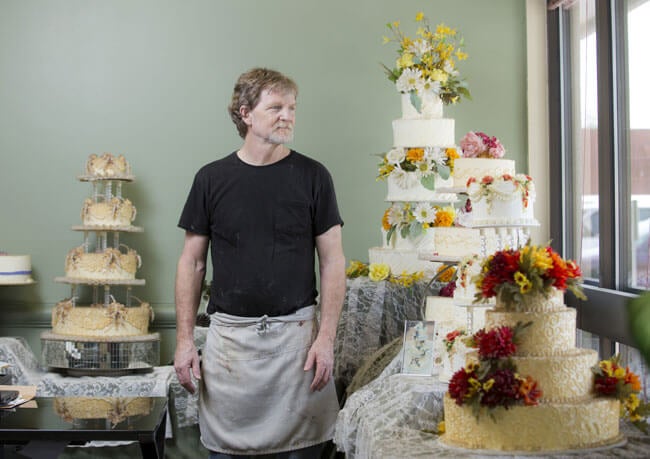 The ACLU is asking the Supreme Court to force cake artist Jack Phillips to express state-approved messages through art he does not want to create. However, the ACLU’s own guide says such compelled speech is wrong.

In a slice of half-baked irony, the ACLU is at the Supreme Court arguing against itself.

The ACLU agrees with Phillips.

The ACLU’s official guide, “Freedom of Expression in the Arts and Entertainment” points out that the U.S. Supreme Court says “artistic expression” includes “whatever the human creative impulse produces.” The ACLU guide also says, “every individual has the right to decide what art . . . he or she wants—or does not want—to receive or create.”

Here are excerpts from the ACLU’s own “Freedom of Expression in the Arts and Entertainment” guide:

“The commitment to freedom of imagination and expression is deeply embedded in our national psyche, buttressed by the First Amendment, and supported by a long line of Supreme Court decisions.”

“A free society is based on the principle that each and every individual has the right to decide what art or entertainment he or she wants — or does not want — to receive or create. Once you allow the government to censor someone else, you cede to it the power to censor you, or something you like. Censorship is like poison gas: a powerful weapon that can harm you when the wind shifts.”

“American law is, on the whole, the most speech-protective in the world.”

“The Supreme Court has interpreted the First Amendment’s protection of artistic expression very broadly. It extends not only to books, theatrical works and paintings, but also to posters, television, music videos and comic books — whatever the human creative impulse produces.”

“The First Amendment is based upon the belief that in a free and democratic society, individual adults must be free to decide for themselves what to read, write, paint, draw, see and hear.”

In the case of Masterpiece Cakeshop Ltd v. Colorado Civil Rights Commission, the ACLU is arguing that Phillips must be forced to create a fully customized, elaborately decorated, effusively expressive, highly expensive artistic cake to celebrate a same-sex wedding!

Watch video of Kelly Shackelford’s analysis of the Masterpiece Cakeshop case, argued at the Supreme Court on December 5, 2017.

Watch for updates on the Klein case on our case page and by signing up for e-mail alerts.