Chick-fil-A: The Latest Example of Government Punishing a Family Business Because of its Religious Beliefs

UPDATE – 6/4/2019 | Attorney General Ken Paxton filed a petition in Travis County District Court against the City of San Antonio as part of his office’s investigation into the city’s exclusion of Chick-fil-A from an airport concession contract. The petition seeks to compel San Antonio to hand over documents deemed public under state law.

Thus far, the City of San Antonio has refused to comply with the Office of the Attorney General’s investigation, instead claiming an exemption to disclosure. Attorney General Ken Paxton said: “We’ve simply opened an investigation using the Public Information Act. If a mere investigation is enough to excuse the City of San Antonio from its obligation to be transparent with the people of Texas, then the Public Information Act is a dead letter. The city’s extreme position only highlights its fear about allowing any sunshine on the religious bigotry that animated its decision.”

UPDATE – 5/25/2019 | The Federal Aviation Administration has opened an official investigation of airports in San Antonio, Texas and Buffalo, New York that have banned Chick-fil-A from opening in their terminals. “The Department of Transportation has received complaints alleging discrimination by two airport operators against a private company due to the expression of the owner’s religious beliefs,” an FAA statement said.

The statement went on to point out that federal guidelines prohibit airports from excluding “persons on the basis of religious creed from participating in airport activities that receive or benefit from FAA grant funding.” Says First Liberty Associate Counsel Keisha Russell: “We are pleased that the FAA responded to our request by opening an investigation into San Antonio for its blatant, illegal religious discrimination against Chick-fil-A.”

UPDATE – 04/17/2019 | First Liberty is investigating city council officials and their recent decision to exclude Chick-fil-A from operating at the San Antonio International Airport.

Our attorneys have requested San Antonio City Council officials to provide public records and documents of a recent contract they entered into with a different vendor, who also wanted to exclude Chick-fil-A from the city’s airport.

As a city that portrays itself as tolerant and inclusive, San Antonio city officials should have nothing to hide.

With our investigation, we’re looking to ensure that San Antonio officials do not receive federal grant money to subsidize bigotry and religious animosity.

Get FLI Insider for exclusive access to breaking case updates.

On March 28th, 2019, First Liberty Institute sent a letter to U.S. Transportation Secretary Elaine Chao calling for an investigation into San Antonio’s decision to ban Chick-fil-A from opening a location at the city’s international airport.

Despite originally being included among a host of new dining additions to Terminal A in the airport, Chick-fil-A was later excluded from the plans with a 6-4 city council vote citing concerns about the company’s history of religious activity that the city council found offensive.

The city council’s actions here are inexcusable. San Antonio should welcome the opportunity to add a popular and successful restaurant like Chick-fil-A to its airport offerings, not discriminate against it because the city council disapproves of its charitable choices.

“Federal taxpayers should not be required to subsidize religious bigotry,” said First Liberty General Council Hiram Sasser in a statement. “The city council cannot operate in a way that brazenly violates the Constitution and federal law. But if it chooses to, then the federal government should pull its grant.” 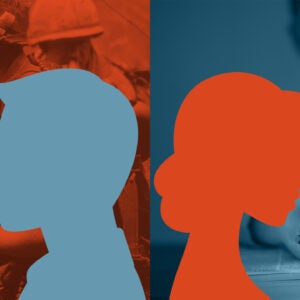 Why Religious Freedom is Essential for America – Two Perspectives

The last of our special double header episodes takes a look at why religious freedom is important in many different areas of American life. 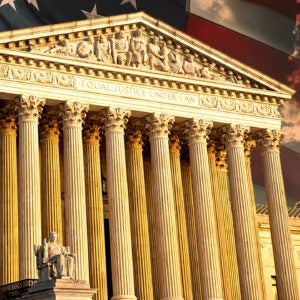 More Freedom than Ever Before: The Supreme Court and Religious Liberty