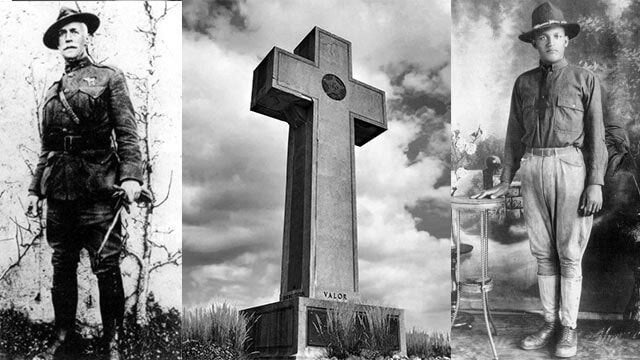 Washington, D.C.— Wednesday—just two weeks prior to oral argument—attorneys with First Liberty Institute and Jones Day, jointly representing The American Legion, filed their final brief before the Supreme Court of the United States in The American Legion, et al. v. American Humanist Association, et al. Arguments in the case are scheduled for February 27.

A copy of the brief can be found here.

“The Supreme Court is the last hope for preserving the 90-year-old Bladensburg WWI Veterans Memorial,” said Kelly Shackelford, President, Chief Counsel, and CEO of First Liberty. “We are eager to present oral argument to the Court in less than two weeks explaining why the law must honor the way mothers chose to remember the service and sacrifice of the sons they lost in the defense of freedom during World War I.”

In addition to the legal arguments filed with the U.S. Supreme Court, First Liberty released the results of a nationwide poll conducted by pollster George Barna of Metaformation, Inc. In a nationally representative survey of 1,000 adults, 84% respondents indicated that the Bladensburg WWI Veterans Memorial should be allowed to stand. Merely 2% of the country support its demolition.

A copy of the poll can be found here.

The Bladensburg World War I Veterans Memorial is a cross-shaped veterans memorial erected in 1925 by The American Legion to honor 49 Prince George’s County men who gave their lives while serving in WWI. Mothers who lost their sons in World War I designed the memorial in 1919 to recall the cross-shaped grave markers standing over the countless American graves on the Western Front of that war. In 2014, atheists filed a lawsuit claiming the memorial’s design violates the First Amendment, is “offensive,” and should be altered, moved, or destroyed.

Advisory to Working Media: Following oral arguments on February 27, attorneys with First Liberty Institute, Jones Day, along with members of The American Legion, will host a press conference on the steps of the Supreme Court of the United States. Attorneys with First
Liberty Institute are available for interviews prior to argument. To schedule an interview,
please contact Lacey McNiel at media@firstliberty.org or by calling 972-941-4453.

To arrange an interview, contact Lacey McNiel at media@firstliberty.org or by calling 972-941-
4453.