Todd Starnes: How do Americans really feel about war memorials (as atheists fight to tear them down)? 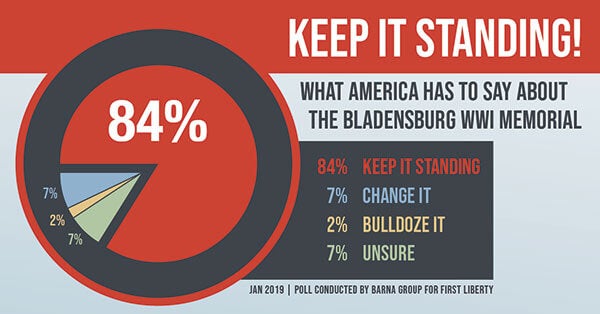 And now, nearly 100 years later, atheists and humanists want to tear down what the American Legion and the mothers of the dead had erected.

I write about this purging in my new book, “Culture Jihad: How to Stop the Left From Killing a Nation.”

In November the Supreme Court agreed to hear The American Legion v. American Humanist Association, a case that could determine the fate of war memorials across the nation.

The American Humanist Association argues that the memorial violates the Establishment Clause of the U.S. Constitution because it’s in the shape of a cross and sits on public property.

A new survey conducted by George Barna of Metaformation indicates that an overwhelming number of Americans, young and old, believe the war memorial should not be torn down.