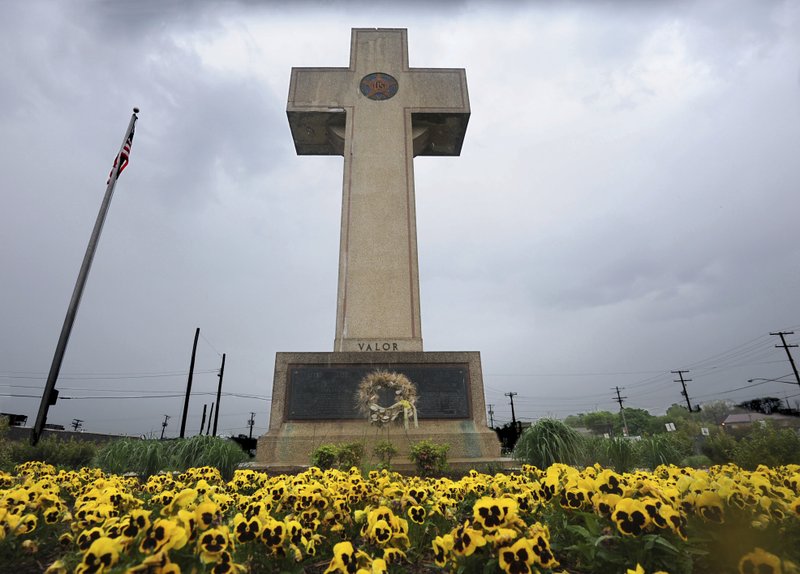 FILE – In this May 7, 2014 file photo, the World War I memorial cross is pictured in Bladensburg, Md. The Supreme Court has agreed to consider whether a nearly 100-year-old, cross-shaped war memorial located on a Maryland highway median violates the Constitution’s required separation of church and state. The court announced Friday, Nov. 2, that it would hear the case. (Algerina Perna /The Baltimore Sun via AP, File)

nearly 100-year-old, cross-shaped war memorial located on a Maryland highway median violates the Constitution’s required separation of church and state, a case that could impact hundreds of similar monuments nationwide.

A federal appeals court in Virginia had previously ruled against the approximately four-story-tall cross. The judges said that it “has the primary effect of endorsing religion and excessively entangles the government in religion.”

But the Maryland officials who maintain the memorial told the Supreme Court that the monument’s context and history show it is intended to convey a secular message of remembrance, not a religious message. They said the appeals court’s decision would “compel the removal or dismemberment of a cherished war memorial that has served as a site of solemn commemoration and civic unity for nearly a century.” In urging the high court to take the case, officials argued that the lower court’s decision puts at risk hundreds of other monuments nationwide.