We Can Win: Why Now is the Time to Stand for Religious Freedom 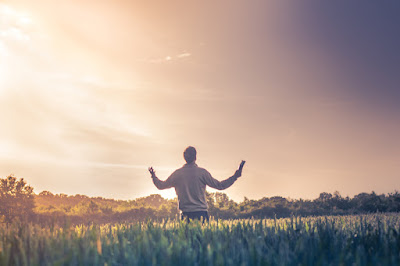 Editor’s note: Kelly Shackelford explains why America is at a tipping point in the battle for religious freedom, and why he believes people of faith hold the key to victory. The following is adapted from his e-book: A Time to Stand 2015: Why Saving Religious Freedom Depends on What People of Faith Do Next.

In 2015, Americans arrived at a tipping point. We entered a time when religious liberty will either be saved or lost. At the end of this period of time, which could be a year or more—but likely not longer than five years—America will be traveling one of two paths.

It could go either way. We’re seeing things we have never seen before. Clearly, we have entered a period of trial for the future of religious freedom.

WHO WILL DETERMINE THE OUTCOME?

On a human level, the main determiner of America’s religious future will be people of faith, the very targets of growing discrimination. Even after decades of judicial activism and liberty-hostile legislation—even after a cultural war on religious belief from the worldly fortresses of secularist education, media, government and much of corporate culture—the law is still decisively on the side of religious freedom.

If people of faith stand up courageously and make use of these laws, their religious freedom can be saved.

I advise you not to buy into the constant barrage of negative hype through the media. Religious liberty is not dead. Keep in mind two crucial factors:

First, major federal and state statutes and court decisions are waiting to be used to reaffirm religious liberty. Second, skilled attorneys stand ready at the defense.

People of religious faith need to know they have it within their power to win the battle. And with that knowledge, they must then make the courageous decision to fight. If they do, I believe events will tip in their favor.

In one strategic sector of society after another, we are facing dramatic battles:

When a regime hostile to religious freedom wants to discredit and silence a faith, one of their first steps is to eradicate public symbols of that faith.

Some are pushing hard for that goal today.

Currently, Liberty Institute is defending veterans memorials on public property that are under attack because they contain traditional religious imagery, something that goes back through the history of America. In a key battle, the American Humanist Association is suing to tear is down the historic Bladensburg, Maryland WWI Veterans Memorial.

A local branch of the American Legion erected the memorial in 1925 to honor the 49 men of Prince George’s County, Maryland who died serving in WWI. The memorial was supported and partly funded by the mothers of those fallen veterans.

The American Humanist Association is suing to tear down the memorial simply because it is in the shape of a Latin cross—a symbol used during wars—specifically WWI—to signify the graves of fallen service members.

Should this historic veterans memorial fall, more will be targets. On the other hand, winning that case will protect all the other memorials. The war will be won. We are nearing the tipping point.

One synagogue currently under attack is Congregation Toras Chaim, an Orthodox Jewish home synagogue facing relentless discrimination and harassment from their own neighborhood and city.

After peaceably meeting in private homes for years, the members of the small congregation received unfounded complaints from a neighbor, threatening their right to gather together and worship. Fortunately, Liberty Institute helped Congregation Toras Chaim achieve legal victory in the first lawsuit. Now, the City of Dallas is attacking Toras Chaim again, attempting to shut down the Jewish families’ right to freely exercise their religious beliefs by meeting in a private home for worship.

Other examples of persecution of churches and ministries include the federal government’s insistence that Christian ministries facilitate in providing insurance coverage for abortion-inducing drugs, even when that violates their sincerely held religious beliefs.

We are representing several such ministries, including Insight for Living Ministries, the Bible-teaching outreach of Dr. Chuck Swindoll.

The law is on the side of religious liberty for Congregation Toras Chaim, Insight for Living Ministries, congregations, and the others we represent. But brave people of faith like Rabbi Rich, Dr. Chuck Swindoll, and others must be willing to stand. We’re at a tipping point, and what people of faith do in the near future will determine the outcome.

Sixty million students are also living at a tipping point for religious freedom and influence in the public schools where they spend so much of their time and energy. Ironically, most students of faith and most educators simply aren’t aware of lawfully protected religious liberty rights in the schools.

Bremerton High School in Washington State suspended assistant football Coach Joe Kennedy for privately praying after football games—something he had done without complaint for seven years. The school district’s verbiage and legal demand letters to Coach Kennedy prove that they are acting according to a grave misinterpretation of the First Amendment and case law precedent.

PROTECTING RELIGIOUS LIBERTY IN THE MILITARY

In the shadow of a major victory for U.S. Navy Chaplain Wes Modder, who nearly lost his career for abiding by his faith in the military, a Marine waits to see if the highest military court will uphold her right to religious freedom.

Lance Corporal Monifa Sterling was told in 2013 to remove a Bible verse she had posted in her private workspace. When she refused, she was court-martialed, and told that the Religious Freedom Restoration Act didn’t apply. Her case is now before the U.S. Court of Appeals for the Armed Forces (CAAF).

If CAAF refuses to uphold Sterling’s religious liberty in this case, it could have damaging ramifications for other members of the U.S. Military. If we win, it will be a landmark precedent covering all who serve in our military. We are at a tipping point.

SAVING FAITH IN THE BUSINESS WORLD

Liberty Institute is representing Dr. Eric Walsh, one of top healthcare administrators in the United States, in a legal action against the state of Georgia, who fired him because of what he preached in his church as a lay minister.

If Liberty Institute wins this very public case, it will send a message to other employers that such hiring and firing discrimination is against the law and unacceptable.

These are “tipping point” cases.

We can win in every area if people of faith are willing to stand up. We have the lawyers, so the key ingredients are clients—brave Americans choosing to insist on their rights—and other Americans willing to donate resources to make sure people of faith get the best legal representation.

America is entering a period that we call “a tipping point.” In this period, your religious freedom will either be saved or lost. It’s a key time to be alive and to make the difference.

Note: Early next year, be on the lookout for A Time To Stand 2016, an updated report from Kelly Shackelford on the state of the battle for religious liberty.