10 Ways Hostility to Religious Freedom Has Hurt These Americans

Anyone who doesn’t think hostility toward religion in America is a problem should read this list now. From being fired to financially ruined, here are 10 ways hostility to religious freedom has affected First Liberty clients—everyday Americans like you. 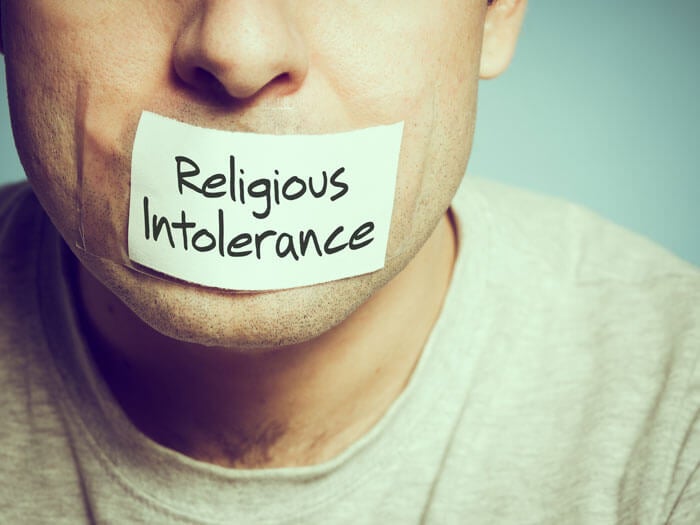 It’s easy to think about battles for religious freedom as strictly courtroom affairs.

But when religious freedom is attacked, it has painfully real consequences in the lives of everyday Americans—honest, hardworking folks just like you. And those consequences take their toll long before courtroom arguments begin.

Supreme Court Justice Samuel Alito acknowledged this when he gave a rare, public speech last month. As Justice Alito named numerous consequences everyday Americans have faced for following their conscience, he could have been speaking about First Liberty clients.

Here are 10 ways hostility to religious freedom has affected First Liberty clients—everyday Americans like you.

First Liberty represents several employees of large corporations or government agencies unlawfully fired for their faith. One of the most recent examples is Dr. Eric Walsh—the lay pastor fired from his government health job over his weekend sermons. First Liberty achieved a favorable settlement for Walsh this year. In fact, we’ve either won or obtained a favorable settlement in every other case like his. But the attacks will intensify.

Another is Alexia Palma, a healthcare instructor fired from her job at a health clinic in Houston. Though only an extremely small part of Palma’s job, Palma’s employer ordered her to teach classes on contraception, which violates one of the central tenets of her Roman Catholic faith. In the past, previous managers gave Palma a routine exemption without any issues. But a new manager insisted she teach the classes, and gave Palma an ultimatum: her job or her faith. Federal law prohibits this kind of religious discrimination, but she was nonetheless fired.

First Liberty represents clients like Aaron and Melissa Klein. Their family bakery business was destroyed by unlawful discrimination against their faith when they declined to create a custom wedding cake celebrating a same-sex wedding. A state agency even penalized the Kleins $135,000 and issued a gag order against them. Other clients have been similarly devastated.

3. Chased From City to City

Dr. Walsh, mentioned above, was literally pursued across the continent by activists intent on wrecking his career as a health official because of sermons he preached as a lay pastor. Other clients, like the churches of Houston’s Fifth Ward, the Plano, TX Vietnamese Baptist Church, and Opulent Life Church in Holly Springs, Mississippi, have been denied their places of worship, either threatened with eviction or prevented from occupying their own building. Others have been told they cannot exist within city limits and must go elsewhere. Fortunately First Liberty won for the religious congregations in Texas and Mississippi, but more houses of worship are coming under attack.

The Kleins, mentioned above, were penalized the extreme sum of $135,000 by a state agency for staying true to their convictions. Others have suffered various kinds of harsh disciplinary action by authorities (which First Liberty has often been successful in reversing).

Many First Liberty clients have been sued or otherwise legally attacked for simply exercising their right to free expression of their religious beliefs. For instance, California synagogue Chabad of Irvine was sued last year for engaging in an historic Yom Kippur ritual called a kaporos ceremony. A church was recently targeted in a lawsuit when public officials voluntarily attended a ceremony commemorating the building of a cross on the church’s property.

6. Picketed and Besieged With Death Threats

One First Liberty client, a government official, endured a rally against her after she stood up for her beliefs at work.  A client’s  business was picketed by protestors lining the streets. Often, standing up for religious tolerance means that our clients become targets of intolerance, but the price of liberty has never been cheap in the history of America.

First Liberty client Angela Hildenbrand, a high school senior, was threatened with incarceration by a federal judge if she dared to pray during her graduation speech. Leaders of Isaiah 61 Ministries were threatened with arrest for serving the homeless on public property,

Too many First Liberty clients to name have been subject to shaming personnel reports, scolding by government officials, and even public criticism by the mainstream media for simply attempting to exercise their faith. Again, courage is a prerequisite for taking a stand for religious freedom—and is a quality First Liberty clients have.

Multiple First Liberty clients have encountered vandalism. A Jewish rabbi found a swastika on his car. A veterans’ memorial in the shape of a cross was cut down with a saw. A client’s commercial vehicle was vandalized. Other shocking instances of vandalism against our clients cannot be mentioned due to security concerns and confidentiality agreements.

First Liberty client and U.S. Air Force Senior Master Sergeant Phillip Monk, a brave combat veteran, was relieved of duty when his commander unlawfully tried to make him deny his faith regarding the definition of marriage. Other military clients have been court-martialed or threatened with discharge over their beliefs. First Liberty has won for all but one—a case now on appeal to the U.S. Supreme Court, which may yet win a landmark victory.

The Battle is Real

The freedom to live in accordance with one’s conscience is a privilege that too many Americans take for granted. And the consequences of losing that religious freedom are real and painful—evidenced by the victims of religious discrimination in this small list alone. But standing up for religious freedom is worth the cost, and we are proud to stand behind such brave Americans.

First Liberty clients in their own words.