5 “Must-Know” Facts About the Klein Case

Aaron and Melissa Klein — the couple punished for running their family bakery according to their Christian faith —appeared before the Oregon Court of Appeals this week. Here are five important facts about their case that you may not know. 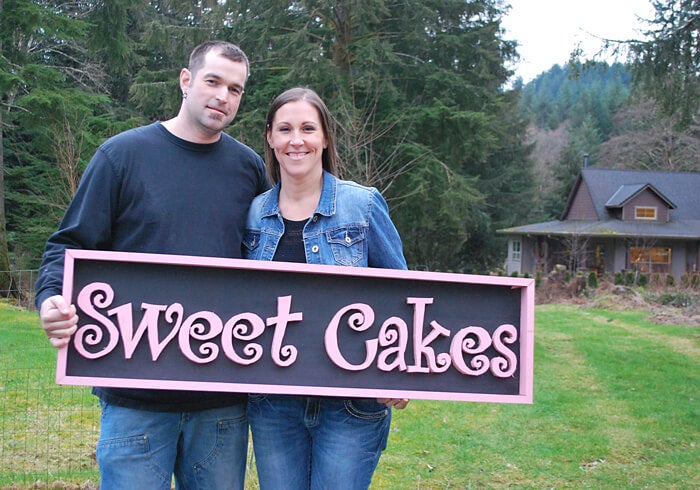 First Liberty clients Aaron and Melissa Klein went before the Oregon Court of Appeals for oral arguments on Thursday, March 2. Former owners of a family bakery, “Sweet Cakes by Melissa,” the couple was penalized by the Oregon government when they declined to create a custom cake for a same-sex wedding on grounds that it would violate their faith. With First Liberty’s help, they’re fighting for the right to run their business according to their faith.

Here are five facts about this case you should know:

1. Aaron and Melissa had served one of the plaintiffs before.

In 2013, a woman came to Sweet Cakes by Melissa with her mother to request a cake for her same-sex wedding. The Oregon government and several media outlets have claimed that the Aaron and Melissa refused to create a cake for the customer because she and her partner were lesbians. This couldn’t be further from the truth.

In reality, the woman was a return customer. She asked the Kleins to make her wedding cake because she’d had such a good experience in their shop previously.

The Kleins simply declined to create a custom cake for that specific event, since they felt that doing so would be an endorsement of something that violated their beliefs. The issue isn’t limited to same-sex weddings; the Kleins have said they would also decline to bake cakes for other events, such as a divorce party, that might violate their beliefs.

Aaron and Melissa have said they would be happy to serve the plaintiffs again in the future, regardless of sexual orientation. However, they’re been penalized, stigmatized, and falsely portrayed in the media.

2. Brad Avakian, head of the Bureau of Labor and Industries (BOLI), declared the Kleins guilty before he heard the facts of the case.

Brad Avakian is the Commissioner of Oregon’s Bureau of Labor and Industries (BOLI), a state administrative agency. When the plaintiffs complained about the Kleins in 2013, Avakian was set to hear their case.

Before hearing the Kleins’ case, however, Avakian made multiple public comments on Facebook and in media interviews, indicating that the Kleins “disobey[ed]” the law and needed “rehabilitation.”

According to First Liberty attorneys, Commissioner Avakian’s comments indicate that he had judged the Kleins guilty of violating the law before he heard all the facts of the case — a clear violation of due process.

3. The Kleins were penalized $135,000 by the BOLI, which contributed to them having to shut down their business.

After judging them guilty without due process. Avakian and the BOLI punished Aaron and Melissa with a penalty of $135,000.

The Kleins’ bakery storefront had been picketed and boycotted, and with the prospect of penalties, was forced to close its doors. Aaron went to work as a garbage collector to make ends meet. For years the Kleins were flooded with hate mail, death threats and even threats against their children.

4. Avakian and the BOLI also suppressed Aaron and Melissa’s free speech with a gag order.

Beyond forcing them to pay a $135,000 penalty, Avakian ordered the Kleins to stop talking publicly about aspects of their faith and their intention to stand up for their religious freedom. The order prohibited the Aaron and Melissa from discussing something as simple as their desire to “stand strong.”

This effective gag order has stripped the Kleins of their free speech as well as their religious freedom.

5. The Kleins’ proceedings this week in the Oregon Court of Appeals was the first time they’ve had an official court date.

In April 2016, First Liberty Institute joined with the Kleins to appeal Avakian’s punishment to the Oregon Court of Appeals. When oral arguments occurred on March 2, 2017, it was the first time the Kleins had been given an official court date since the ordeal began four years ago.

“In America, you’re innocent until proven guilty,” said Kelly Shackelford, President and CEO of First Liberty Institute. “Commissioner Brad Avakian decided the Kleins were guilty before he even heard their case.”

Stay involved: Watch for updates on Facebook and Twitter, make sure you’re on our email list, and support First Liberty as we defend “Sweet Cakes by Melissa” and other important religious liberty cases.