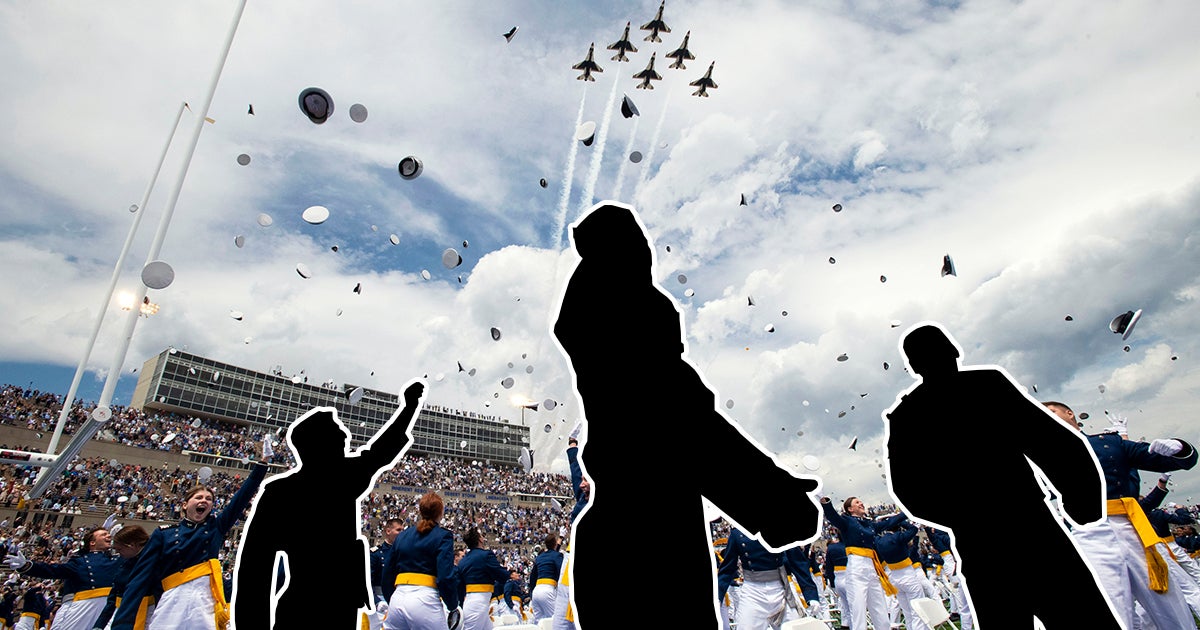 On May 25, the U.S. Air Force Academy (USAFA) will hold a graduation ceremony for its 2022 class. However, it appears that several cadets will not be graduating, because they have religious objections to the military vaccine mandate. They requested a legal, religious accommodation and were denied.

According to the USAFA, the only options graduating seniors have are: “receive the vaccine” or “voluntarily resign.”  But for those who have sincere religious objections to the vaccine, yet want to graduate and become Air Force officers, “they will face consequences.”

The punishment isn’t simply that they won’t be able to graduate, it also means they will not be commissioned as officers and may have to repay thousands of dollars in tuition, as much as $200,000 each. A USAFA spokesperson recently stated:

“If cadets choose to remain unvaccinated, they could be dismissed from the Academy. Depending on their year at the Academy, they could be required to reimburse the government for the costs of their education.”

The situation has garnered national attention, including that of U.S. Rep. Doug Lamborn, who criticized the Academy’s punitive approach. He argues that it penalizes the religious beliefs of the cadets and violates their First Amendment rights. The Congressman sent a letter to the USAFA Superintendent stating:

“These brave cadets who have been placed in your charge are being presented with an impossible choice: get vaccinated in violation of their religious beliefs, elect to voluntarily resign even though they aspire to service, or face legal action for disobeying a lawful order from a military that does not value their commitment.”

“America was founded on the principles of life, liberty, and the pursuit of happiness, which encompasses protecting the religious rights of the individual. That includes those who put on the uniform and volunteer to serve our nation. It is imperative that our military leaders uphold the constitutional rights of these cadets…During a time when our military is facing serious recruitment and retention issues, the Department of Defense as a whole should not be discharging these highly trained individuals. I hope that the leadership at USAFA reconsiders this unconstitutional mandate and allows for reasonable accommodations to be provided to these cadets.”

The harsh and vindictive actions being taken against these cadets is outrageous. What’s happening to them, of course, is just the latest example of religious hostility in our military. The Department of Defense (DoD) and the Biden administration have constantly shown a particular disdain against service members of faith. 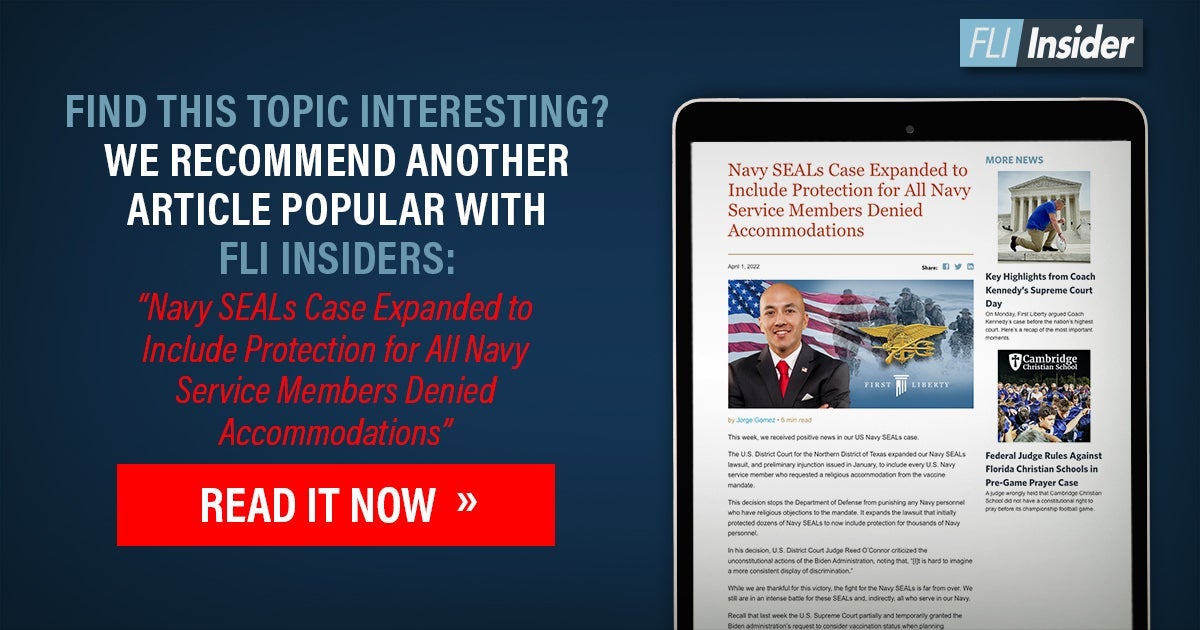 Rep. Lamborn joined more than 40 Representatives and Senators who filed a friend of the court brief in support of First Liberty’s 35 U.S. Navy SEAL clients. Like the cadets, they are also facing discrimination and punishment for their religious beliefs.

These elite warriors dedicated years of their lives to serving our nation. Each of them and their families made incredible sacrifices in order to keep America free. Collectively, our clients have more than 350 years of military service and more than 100 combat deployments. Not to mention, they’re the ones sent on some of the most dangerous missions, often in the most hostile areas around the world.

Shockingly, the DoD and the Biden administration are threatening their careers—all because they requested a legal, religious accommodation to the military vaccine mandate. For wanting to serve in accordance with their beliefs, these SEALs have been threatened with involuntary separation, denied from advancement opportunities and in some cases even denied medical care.

This mistreatment of our nation’s service members is outrageous and illegal. All service members are protected by federal law and military regulations, so they can serve our country without having to violate their religious beliefs. Forcing them to choose between their faith and serving their country dishonors the sacrifices they make to keep us free.

First Liberty continues fighting for our Navy SEALs. We’ve secured several key victories over the last several months. These wins have helped protect our clients from further punishment and, thanks to a class action, have extended protection to thousands of Navy personnel with religious objections to the mandate.

However, it’s clear from what’s happening to these Air Force cadets that the fight for religious freedom is far from over. Those who vehemently oppose religious expression in the military are constantly finding new ways to target anyone who wants to serve in a manner consistent with their faith.

This is Military Appreciation Month, and we encourage you to join First Liberty in the fight to restore and protect religious liberty for service members. The cases we’re fighting right now could have a major impact on the freedoms of our clients and thousands serving in the military. They need your support to help put a stop to the barrage of violations against their religious liberty.