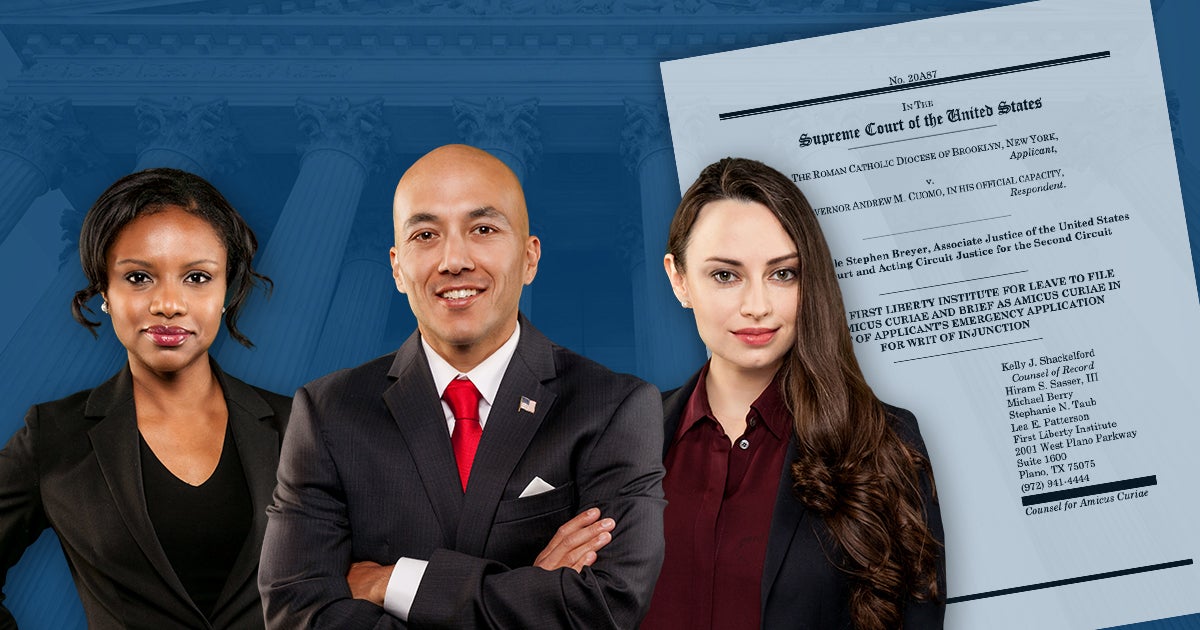 Earlier this week, the U.S. Supreme Court issued a 5-4 decision granting an emergency injunction against NY Governor Andrew Cuomo for his unconstitutional order against churches and synagogues. This is an important victory for religious freedom amidst the current pandemic, as the Court’s ruling blocks the Governor from enforcing his “Cluster Action Initiative,” including a set of severe restrictions against houses of worship.

The decision comes only a couple of weeks after Justice Samuel Alito’s speech at the Federalist Society, where he delivered a stern warning about state and local governments that have issued pandemic restrictions that interfere with some of our most fundamental rights as Americans, including religious liberty, free speech and the freedom to assemble.

Getting right to the heart of the matter, Justice Alito plainly stated: “Religious liberty is in danger of becoming a second-class right.”

It was around the same time of Alito’s remarks that the Roman Catholic Diocese of Brooklyn filed a petition asking the Supreme Court for relief and challenging Governor Cuomo’s order that limits attendance at churches to 10 people in the state’s “red” zones and 25 in “orange” zones.

In that case, First Liberty filed a friend-of-the-court brief supporting the Diocese, pointing out the discriminatory nature of the recent orders:

“For too long during this current crisis, the State of New York has forced religiously-motivated activity to play by a different set of rules than everyone else. Governor Cuomo’s latest Executive Order imposes the most obvious double standard yet, preferencing well over one hundred secular, for-profit activities over religiously-motivated activities… It is imperative that th[e] [Supreme] Court clarify that ‘there is no pandemic exception to the Constitution.’”

Our legal experts discussed at length in a previous article how New York’s COVID zones targeted religious communities in specific boroughs of New York City, including Jewish communities who were among the first groups to be placed into the Red Zone, the most restrictive of all categories.

To keep a broad perspective of the scale and intensity of the current constitutional crisis, let’s simply recall the fact that the Brooklyn Diocese case marks the THIRD time a church has asked the U.S. Supreme Court has to review pandemic-related restrictions on religious liberty.

Three different churches, in three separate states (first in California, then in Nevada and now in New York) have asked for emergency relief from the nation’s highest court to stop unequal restrictions that single out churches.

On the two previous occasions that the Justices have taken up religious liberty cases on emergency motions, they’ve issued narrow opinions allowing supermarkets, casinos and other “essential” businesses to remain open, but leaving houses of worship closed.

(As a side note: Calvary Church in Dayton Valley, Nevada is taking its case to the Supreme Court for the second time this year. A few months ago, SCOTUS issued a 5-4 decision—on an emergency motion, and thus not binding precedent—stating that Nevada can impose tighter restrictions on churches than on casinos and other similar businesses.)

However, the Court’s most recent decision in regards to New York’s restrictions is an crucial triumph for houses of worship amidst the ongoing constitutional crisis, and a sign of hope for people of faith nationwide who are fighting to reclaim their First Freedom. It makes it clear that there’s no pandemic exception to the Constitution:

“…The Governor has chosen to impose no capacity restrictions on certain businesses he considers ‘essential.’ And it turns out the businesses the Governor considers essential include hardware stores, acupuncturists, and liquor stores. Bicycle repair shops, certain signage companies, accountants, lawyers, and insurance agents are all essential too. So, at least according to the Governor, it may be unsafe to go to church, but it is always fine to pick up another bottle of wine, shop for a new bike, or spend the afternoon exploring your distal points and meridians. Who knew public health would so perfectly align with secular convenience?”

While there are plenty of reasons to celebrate this victory at the nation’s highest court, there’s still much work to be done and many more critical legal battles ahead. Right now, there’s a sea of religious liberty litigation that keeps surfacing in the lower district and circuit courts, as well as other appeals being made to the Supreme Court, meaning that we cannot retreat in this essential fight for our First Freedom.

Together, we’ve made tremendous progress in what’s been a year of unprecedented challenges for our constitutional system. And with your ongoing support, First Liberty can continue fighting on the frontlines to secure more rulings in favor of religious freedom and help set precedents that affirm the Constitution is not suspended in times of crisis. 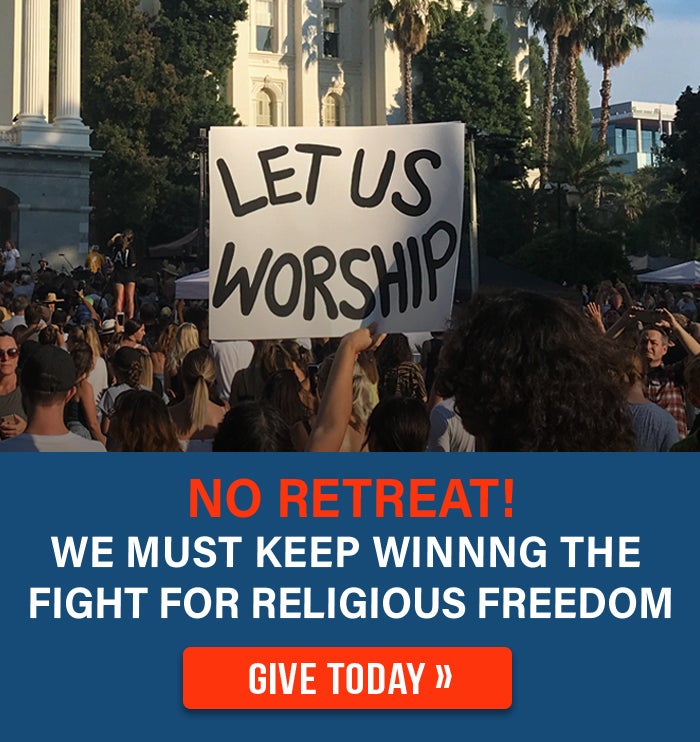