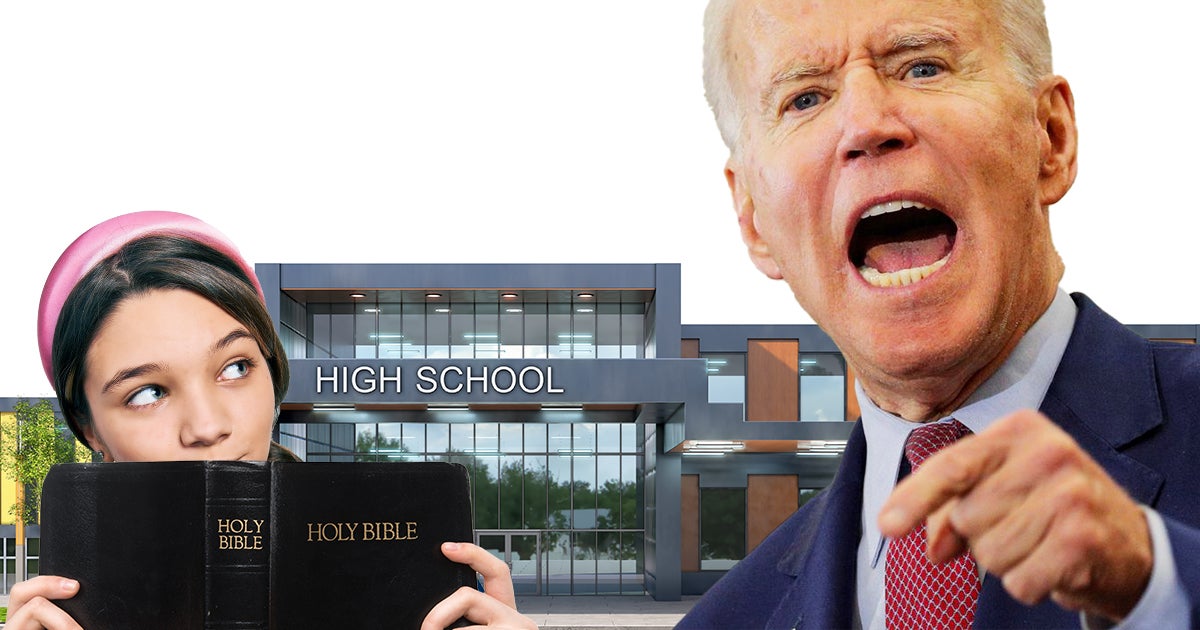 The Biden administration is proposing changes to Title IX, part of the civil rights law established in 1972, to include sexual orientation and gender identity.

Administration officials claim the changes are necessary to “protect LGBTQI+ students from discrimination based on sexual orientation, gender identity, and sex characteristics.” They argue these would help promote “fundamental fairness for all parties, respect for freedom of speech and academic freedom, respect for complainants’ autonomy, and clear legal obligations that enable robust enforcement of Title IX.”

Despite what the administration claims, not everyone would be treated fairly or respectfully if these changes take effect. Women and girls would be negatively impacted. It would especially foment discrimination against people of faith.

“The Department’s proposed rule gives federal bureaucrats broad powers to bully and exclude students and teachers who don’t share the government’s beliefs about marriage and human sexuality. They threaten the remarkable advances made by women in academics and athletics since Title IX was adopted in 1972. We urge the Department to recognize that federal laws and the Constitution protect the civil rights of all students, including their religious liberty rights, and to correct the proposed rule changes to ensure that religious students and parents are not punished for their deeply held beliefs.”

Our public comment notes that the proposed changes redefine sexual harassment so broadly as to include religious exercise and speech. This, in effect, would encourage attacks on people of faith, particularly in public schools. Students, instructors or administrators could face increased discrimination or punishment because of their religious beliefs about human sexuality and life.

First Liberty is not the only one sounding the alarm about how harmful these changes could be to religious freedom. The administration was flooded with more than 200,000 public comments in the two months after the rule change publication in the Federal Register. One commenter wrote:

Many expressed concerns that the proposed rule could destroy women’s sports. “This proposed rule affects me greatly as a woman,” a commenter said. “It puts biological females at risk for losing out on sports scholarships and opportunities to play, due to the physical advantage that a biological male identifying as a woman has over a biological woman.”

The Biden administration has shown a particular disdain for beliefs of religious Americans, especially if they dare say things the administration doesn’t like. To that end, it has repeatedly used the alphabet soup of federal agencies to target and harass people of faith. For example:

It’s unconscionable when the government tries to use regulations to coerce people of faith to celebrate and approve its orthodoxy on sexual identity and gender orientation. Whether religious or not, Americans should not be forced to violate their conscience.

People of faith need to remain vigilant. As its record shows, the Biden administration is constantly finding new ways to target anyone who wants to live in a manner consistent with their faith. It’s increasingly clear that many of its policy revisions have little to do with equality before the law or stopping discrimination. They have everything to do with making people of faith conform to a radical ideology.