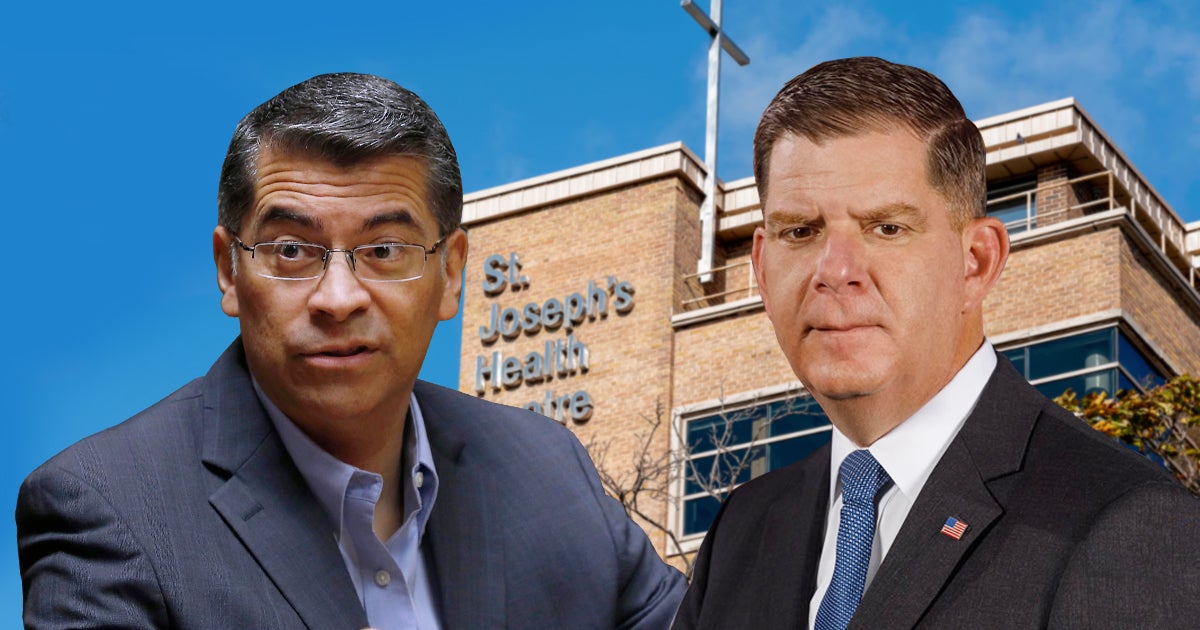 Recently, the Biden administration has shown a particular disdain for the Constitution and the sincerely held religious beliefs of millions of Americans.

The most high-profile attack on religious liberty came when the President mobilized the U.S. Department of Labor’s (DOL) Occupational Safety and Health Administration to impose a vaccine and testing requirement on businesses with 100 or more employees—a policy that threatens the freedom of millions of people of faith.

But recently, the DOL took yet another alarming step. It announced plans to rescind a rule that broadened religious exemptions and helped prevent discrimination against religious organizations who contract with the federal government.

Additionally, the U.S. Department of Health and Human Services (HHS) revoked authority delegated to the Office of Civil Rights, a subagency within HHS created to prevent violations of religious liberty.

While these actions are troubling and potentially harmful, they do not come as a complete surprise.

Days before Biden’s presidential inauguration, First Liberty’s legal experts took inventory and warned Americans of ten (10) religious freedom policy advances that could be reversed under the new administration. And as we witness the slashing of important regulations and religious freedom protections, it turns out that our warnings were correct. 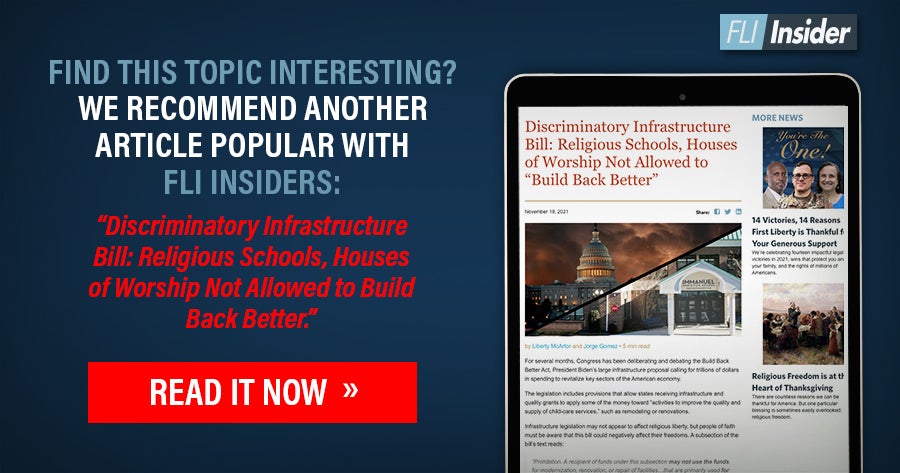 The DOL rule the Biden administration is seeking to cut was originally put in place by the Trump administration. Entitled “Implementing Legal Requirements Regarding the Equal Opportunity Clause’s Religious Exemption,” it’s been in place since January.

But why did it go into effect in the first place?

First Liberty attorneys explained in a public comment submitted to DOL officials that its adoption was important to ensure religious organizations seeking to contract with the federal government would be free to do so on equal terms as other organizations. It helped clarify that faith-based organizations do not have to abandon their religious character and mission in order to be eligible for federal contracts.

Though it appears like mundane regulatory jargon, the rule served as a key layer of protection for faith-based ministries, charities and nonprofits across the country.

Not only did it prevent discrimination against religious organizations, but this rule was also a beneficial and positive policy that made sense more broadly for the betterment of our country. By providing assurance that religious organizations would not face discrimination due to their religious exercise, the government helped ensure continued participation of faith-based entities in key projects, initiatives and services.

However, once the Biden administration formally rolls back the rule, many religious contractors and subcontractors could be deterred from seeking to partner with the government to provide important services to the public.

This directive included better enforcement of the Religious Freedom Restoration Act (RFRA) and handling of free-exercise and religious-discrimination claims. HHS expanded the authority of its Office of Civil Rights to conduct RFRA reviews and ensure compliance with federal religious freedom laws.

But with Becerra’s most recent announcement, HHS will no longer operate under these robust guidelines. This reversal could be dangerous for religious organizations and charities nationwide, as religious freedom complaints may not receive thorough investigation. Or worse, HHS regulations could instead be used to trample on people’s rights.

This isn’t the only troubling policy. In May, Becerra’s HHS expanded the definition of “sex” to include sexual orientation and gender identity. Under this policy, faith-based hospitals or religious providers could potentially be forced to participate in medical procedures that violate their conscience—for example, sex-change surgeries or cross-sex hormone treatments for minors. In the long term, this could lead to faith-based healthcare facilities and providers potentially being excluded from the marketplace or going out of business altogether if they continue to provide care consistent with their religious beliefs.

If the Biden administration purports to “Build Back Better,” rolling back regulations that protect religious freedom is not the best way to help our nation flourish. On the contrary, getting rid of these vital protections will only be harmful to millions of religious Americans.