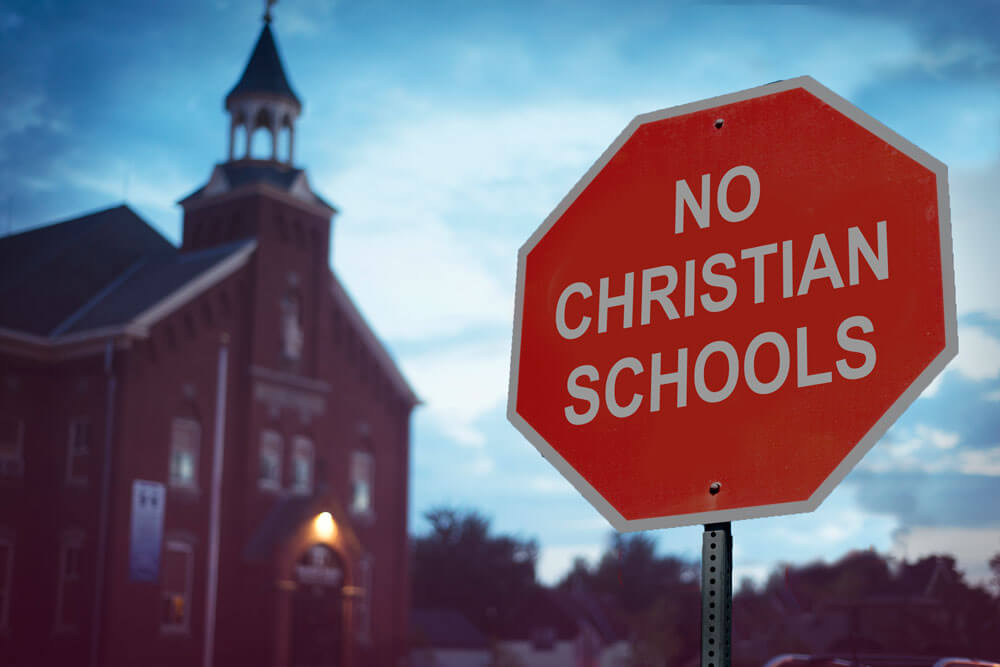 Are zoning laws that discriminate against religious institutions unconstitutional? Yes—that’s what attorneys with First Liberty said in court Wednesday during an important religious freedom battle.

Genoa Township, Michigan is using zoning laws to exclude a Christian school from operating on a church’s property. Such discrimination harms the students who depend on the education of the school—which is now fighting for the right to exist in the town.

Last July, First Liberty appealed the case to the United States Court of Appeals for the Sixth Circuit—just one step below the U.S. Supreme Court.

“The government is refusing to allow a Christian school to move into a building on church property, and there is nowhere else in town it can go. That’s wrong,” said Hiram Sasser, Deputy Chief Counsel for First Liberty Institute. “Federal law expressly prohibits the government using zoning laws to keep religious institutions out of their town.”

Livingston Christian Schools (LCS) offers biblically based education to Michigan students in pre-K through high school. For years LCS operated in the Village of Pinckney, Michigan. But in 2014 the school realized that the Pinckney location was no longer working for the school, and it needed to relocate to a better location for its students.

LCS found a church in Genoa Township willing to lease its facilities. It seemed perfect—the move would provide the accessible location needed for LCS students. And Brighton Church of the Nazarene would be helping the Christian school by offering its property.

But that’s when the Township’s zoning board got in the way. Even though the town’s planning commission gave LCS the green light, the Township officials on the zoning board said no, denying the church’s request to house LCS on its property without explanation. First Liberty attorneys argue that this violated federal RLIUPA law, which protects religious institutions from zoning discrimination.

Weeks later, officials finally explained the denial was due to concerns the school would overburden the public infrastructure and would not promote “harmonious and organized development consistent with adjacent land uses.” They claimed this despite the opposite conclusions of consultants, the planning commission, the community development director, and town residents.

As absurd as it may seem that a town is preventing a Christian school from operating on church property, this is not a new concern for religious organizations.

First Liberty has defended multiple other churches and synagogues in the past that faced similar discrimination through zoning laws, including Congregation Toras Chaim of Dallas, Cornerstone Church in Bayview, Texas, and Vintage Church in New Orleans.

Despite the victories First Liberty won for each of these congregations, more zoning law discrimination continues to pop up around the nation. LCS in Michigan is just the latest example.

While such zoning disputes may seem mundane and unimportant, the consequences of zoning discrimination against religious institutions impact real people.

The people of both Opulent Life Church and the synagogue Congregation Toras Chaim were attacked with litigation for merely trying to meet for worship.

Cornerstone Church wasn’t permitted to run its affiliated Christian school on its own property, harming students and preventing church members from carrying out their ministry.

Leaders of Vintage Church were issued a criminal summons by city officials for operating on their own property during church renovations.

Now, students who depend on the education provided through LCS could suffer if their school isn’t allowed to move to church property in Genoa Township.