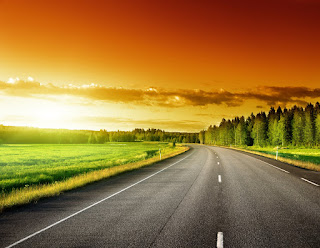 The first step to making a difference in the fight to protect religious liberty is to stay current on what is going on. Here’s a preview of what victories are still pending—and what to look for in 2016.

ONGOING CASES TO KEEP AN EYE ON:

Lance Corporal Monifa Sterling
First Liberty Institute continues to defend Lance Corporal Monifa Sterling, a U.S. Marine court-martialed in 2013 for refusing to remove a Bible verse she posted in her personal workspace. In October 2015, the Court of Appeals for the Armed Forces (CAAF)—the highest court in the military—announced that it will hear LCpl Sterling’s case.

Attorneys with First Liberty Institute and volunteer attorney Paul Clement are representing Sterling in the case before the CAAF. Mr. Clement is a former U.S. Solicitor General and current partner at Bancroft PLLC. He has argued over 75 cases in the U.S. Supreme Court, including the Hobby Lobby case.

“Our Marines give up many freedoms when serving, but religious freedom is never one of them,” said Mike Berry, First Liberty Institute Director of Military Affairs. “Their right to free religious expression should be protected. We are grateful the Court took the case and we are hopeful for a favorable ruling for our client.”

The CAAF will hear oral arguments in LCpl Sterling’s case in 2016.

Coach Joe Kennedy
First Liberty Institute is actively representing Joe Kennedy, a high school football coach of Bremerton, Washington who was suspended in October for saying a silent, personal prayer at the 50 yard line after the conclusion of the game. First Liberty Institute filed a employment discrimination complaint with the U.S. Equal Employment Opportunity Commission (EEOC) in December on Kennedy’s behalf.

“This is the first step toward holding the school district responsible for its needless and shocking religious discrimination against one of its own coaches,” said Hiram Sasser, Deputy Chief Counsel for First Liberty Institute.

In 2015, both Texas Attorney General Ken Paxton and U.S. Senators John Cornyn and Ted Cruz submitted amicus briefs in support of the cheerleaders and free religious expression in public schools.

First Liberty Institute expects to hear any day whether the Texas Supreme Court will decide to hear the cheerleaders’ case.

IN CHURCHES AND RELIGIOUS ORGANIZATIONS:

Officials in Jefferson Parish, Louisiana, issued criminal sanctions to a small church in a New Orleans suburb because their church services exceeded 60 dB: the noise level of a typical conversation. Much louder noises from lawn mowers and jackhammers, however, are permitted. Attorneys at First Liberty Institute claim that such hostility endangers the freedom of all Americans to worship in peace, and filed a lawsuit on behalf of the church.

One of Vintage Church’s buildings is currently undergoing expansion in order to accommodate the growing congregation. In the meantime, members are meeting in an outdoor tent at 9 a.m. and 11 a.m. every Sunday.

The case is proceeding in Louisiana state court.

Amicus Briefs to be Submitted to the United States Supreme Court
There are dozens more non-profit faith-based ministries that are currently waiting on the Supreme Court to decide the legality of the HHS Mandate’s so-called “religious accommodation” and to determine if they will be permitted to freely exercise their sincere religious beliefs—beliefs that say it is morally and ethically wrong to participate in the termination of unborn human life. Should the federal government prevail in this battle, religious non-profit ministries all around America will be affected, and their vital work compromised by having to pay exorbitant fees.

By limiting exemptions to the HHS mandate to churches, church denominations, and church auxiliaries, the federal government is attempting to limit the exercise of religious beliefs to the four walls of the church. First Liberty Institute is advocating to make sure that churches are not the only places allowed to operate according to religious principles. True religious liberty requires that individuals and organizations that are run by individuals be permitted to exercise their faith in all areas of life.

First Liberty Institute will be submitting amicus briefs to the U.S. Supreme Court in January on behalf of these non-profit ministries, and is also representing Insight for Living Ministries, the Bible-teaching ministry of renowned pastor Chuck Swindoll, and Christian Missionary Alliance colleges and retirement communities.

IN THE PUBLIC ARENA:

For many years, the Rowan County Commissioners opened their meetings with an invocation. They allowed each commissioner, on a rotating basis, an opportunity to offer an invocation or lead a moment of silence. In March 2013, three Rowan County residents, represented by the American Civil Liberties Union (ACLU) filed a lawsuit, objecting to the invocations.

While the lawsuit was pending, the Supreme Court ruled in Greece v. Galloway that governmental bodies may open their meetings in prayer without violating the Establishment Clause – including prayers with specific religious references.

“We are honored that someone of Allyson Ho’s reputation and accomplishment is leading this appeal for our client,” said Hiram Sasser, Deputy Chief Counsel for First Liberty Institute. “Her extensive experience before the United States Supreme Court is impressive and extremely helpful on this issue.”

The U.S. Court of Appeals will hear oral arguments in this case on January 27.

GUARD YOURSELF BY STAYING EDUCATED

One way to prevent and defeat attacks on religious freedom is to stay educated on what Americans’ religious liberty rights are.

A Year in Review: Hostility Climbs in 2015, but Liberty Institute Maintains Over 90 Percent Victory Rate

About Liberty Institute
First Liberty Institute is a nonprofit legal group dedicated to defending and restoring religious liberty across America — in our schools, for our churches, in the military and throughout the public arena. First Liberty’s vision is to reestablish religious liberty in accordance with the principles of our nation’s Founders. For information, visit Firstliberty.org.