Insider’s Exclusive: Get a First Look at Our Bladensburg Commemorative Coin 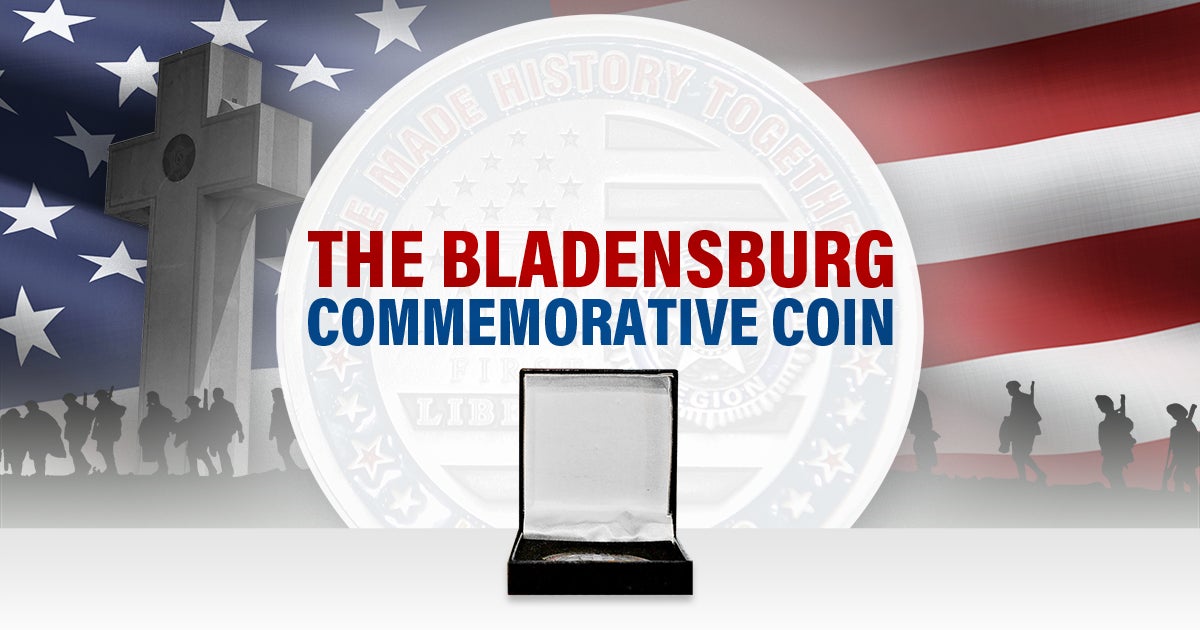 You stood strong with us in defense of the Bladensburg WWI Veterans Memorial at the U.S. Supreme Court.

It was only through your ongoing and unwavering support that we achieved a landmark victory, one that will allow you and millions of Americans to have more religious freedom than you’ve had in decades.

So today, let’s continue celebrating the lasting impact of that historic ruling.

We’re giving you, our dedicated and most loyal supporters, an exclusive, insider-only look at our recently released Bladensburg Commemorative Coin.

Here’s a sneak peek just for you: 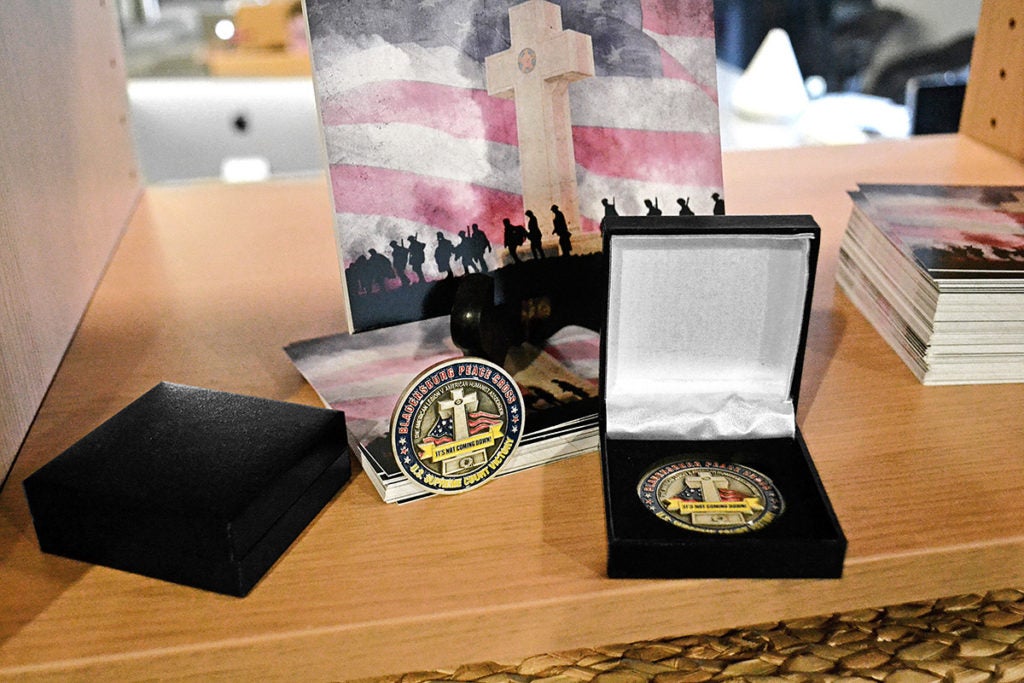 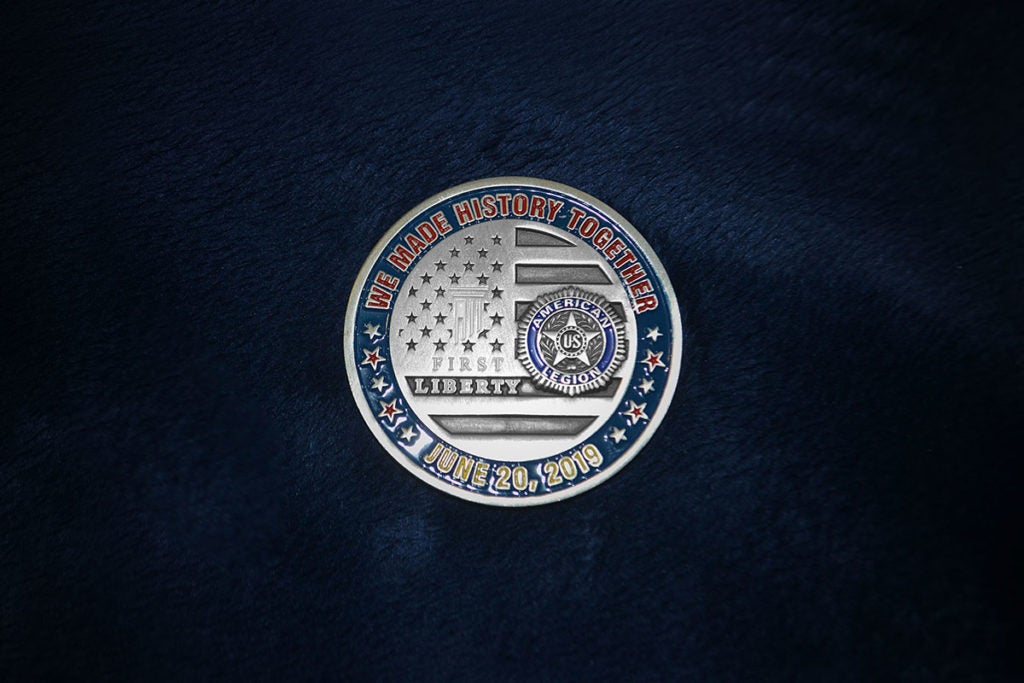 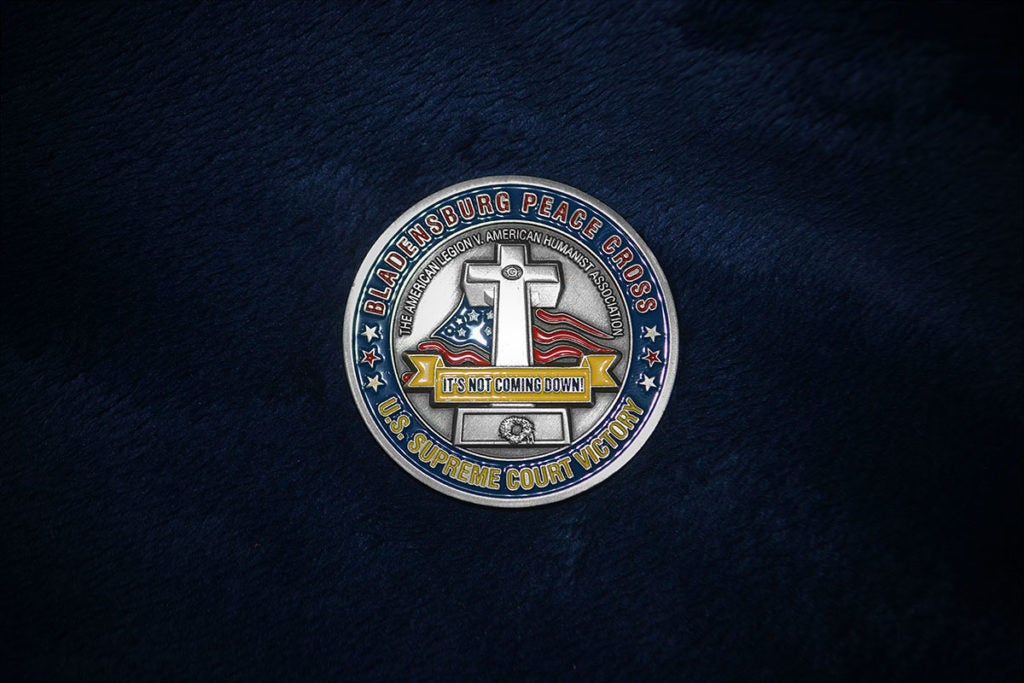 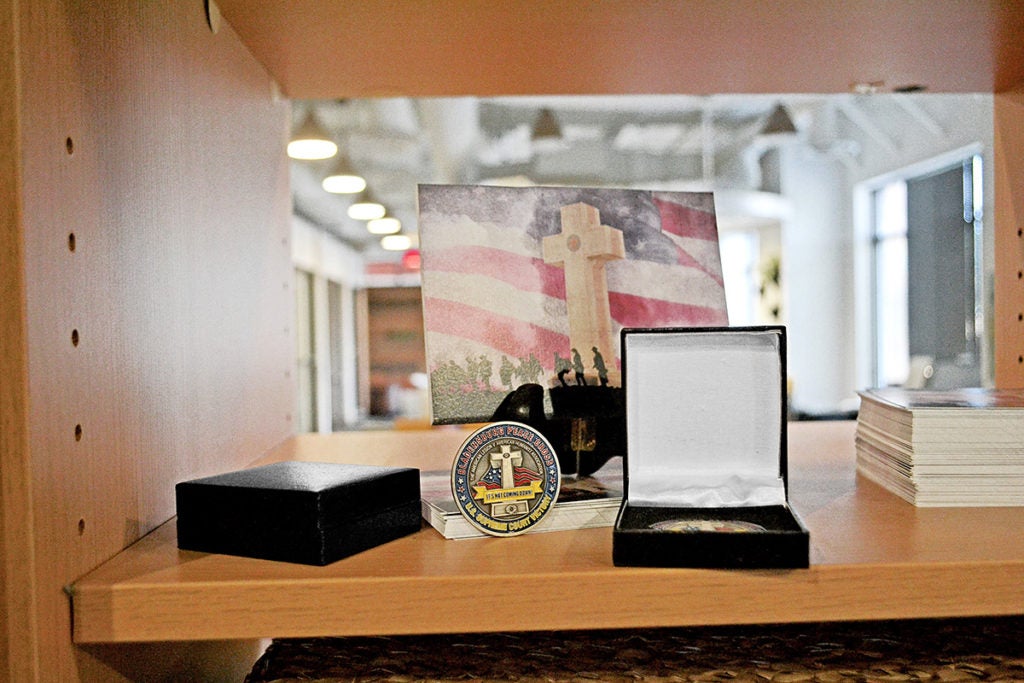 The 1.75-inch, antique silver-plated coin is designed with several unique features that bring to life various important milestones in the Bladensburg case, including our special and long-lasting partnership with the nation’s largest veterans’ organization, The American Legion, and our joint effort to ensure that the memory of our fallen heroes would never be forgotten.

Centered on the front face, atop a yellow ribbon, is the powerful declaration, “It’s not coming down!” Speaking to thousands of veterans, First Liberty’s President, CEO and Chief Counsel, Kelly Shackelford made this statement at The American Legion’s 100th National Convention. This phrase was a rallying cry that spurred us toward victory, and it carries deeper meaning now that the Peace Cross has been permanently saved and will remain standing for generations to come.

Watch Kelly Shackelford’s “It is not coming down” speech at The American Legion’s 100th National Convention.

“We Made History Together”

Engraved on the outer edge of the coin in bold red lettering is the phrase, “We made history together,” an expression of gratitude to you and thousands of Americans who faithfully supported First Liberty Institute and The American Legion.

Protecting and defending religious liberty in America is not something that any one of us can do alone. It takes dedicated Americans from across the country, like you, who come together to stand strong against attacks on our first freedom. Thanks to you, we made history and won one of the most critical religious freedom cases of the past decade.

You’re part of our nation’s history. Learn how the Bladensburg victory will usher in a new era of religious liberty in America. Read more.

Inscribed on the bottom edge in vibrant yellow is the date June 20, 2019, the decisive day that the U.S. Supreme Court issued the historic Bladensburg ruling.

Just after 9:00 am on that memorable morning, we accomplished the mission of saving the Peace Cross, as well as protecting hundreds of similar memorials throughout the country from being destroyed or desecrated. Standing on the bright, sunlit steps of the High Court that Thursday, we ushered in a new chapter of religious freedom in America, when offended observers can no longer force governments to scrub public religious references that are part of our nation’s history.

From the steps of the Supreme Court. See Kelly Shackelford give his expert insight moments after the Court issued the Bladensburg ruling. Watch now.

Against the backdrop of the American flag, the back of the coin showcases First Liberty Institute’s and The American Legion’s logo side-by-side, recognizing our partnership and alliance to achieve the historic Bladensburg victory. This also commemorates our past efforts dating back over 15 years in which we defended veterans memorials, as well as the Pledge of Allegiance and our National Motto, “In God We Trust.”

Learn about 5 critical cases in which First Liberty and The American Legion have successfully joined forces. Read more.

Do you want to own a piece of history? Send an email to FirstThought@firstliberty.org to let us know you’re interested in receiving a Bladensburg Commemorative Coin.