Court Rules Against Coach Kennedy. Is “Prayer the New Pornography?” 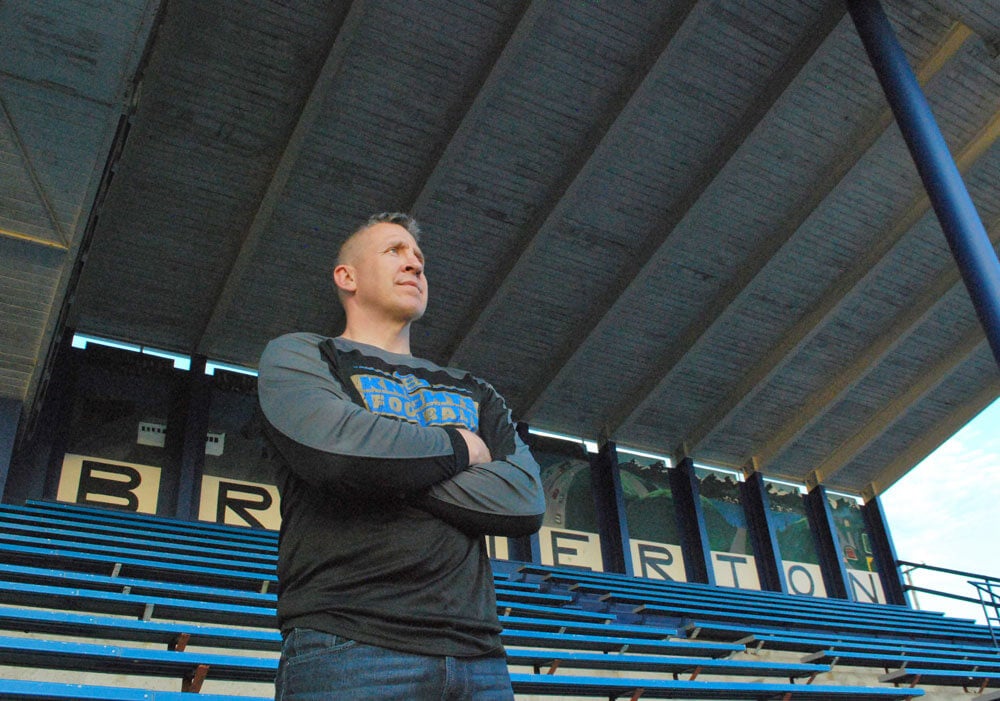 “Banning all coaches from praying silently in public just because they can be seen is wrong,” First Liberty President and CEO Kelly Shackelford stated in a press release. “This is not the America contemplated by our Constitution,” said Shackelford, after three federal judges upheld a school’s prayer ban against Coach Joe Kennedy. First Liberty vows to appeal the decision.

Last week, on Wednesday, August 23, a three-judge panel of the U.S. Court of Appeals for the Ninth Circuit handed down its ruling in the case of Joe Kennedy, a high school football coach at Bremerton High School in Washington State who was fired over his postgame, on-the-field prayers.

“According to the Ninth Circuit, it is unconstitutional for a coach to make a sign of the cross or bow his head in prayer when a player gets hurt,” stated Mike Berry, Deputy General Counsel to First Liberty. “We are deeply disappointed by the decision.”

The court allowed the school to ban Coach Kennedy from praying and argued that Coach Kennedy’s prayers were made in his capacity as a public employee, rather than being personal, private speech protected by the First Amendment.

The problem with Coach Kennedy’s prayers, according to the Ninth Circuit, is that he prayed in a place where he could be seen.

The court stated, however, that he would have been protected by the First Amendment had Coach Kennedy simply prayed by himself in his office while brainstorming plays, if he prayed “non-demonstratively,” or if he prayed in a secluded place at the school, like somewhere in the press box.

Before coaching his first game, Coach Kennedy made a commitment to God that he would give thanks after every game—regardless of the outcome—for his players and for the opportunity to be a coach. So, after his first football game ended in 2008, he waited until the players cleared the field. He then took a knee.

Coach Kennedy prayed after games for seven years without complaints. In fact, it wasn’t until receiving a compliment—not a complaint—that the school district told Coach Kennedy in 2015 to stop his practice. First Liberty sent a response letter to the school, explaining that:

“No reasonable observer could conclude that a football coach who waits until the game is over and the players have left the field and then walks to mid-field to say a short, private, personal prayer is speaking on behalf of the state.”

The school district fired Coach Kennedy after he went alone to midfield, took a knee, and said a brief, silent prayer approximately 15 to 30 seconds long.

After the Ninth Circuit’s ruling, Coach Kennedy appeared on Fox News twice, once with Shackelford and once with First Liberty General Counsel Hiram Sasser.

The Ninth Circuit’s ruling set a widely-applicable precedent with dangerous consequences for the millions who live in the area under the court’s jurisdiction. It logically follows from the court’s opinion that school districts may ban any form of religious expression made by a school employee that occurs in front of students and is connected to school activities.

In his Fox News interview, Shackelford commented on the implications of the Ninth Circuit’s opinion. He said:

“That would mean that a teacher couldn’t bow their head over the meal in the lunch cafeteria. A Jewish teacher couldn’t wear a yarmulke. You couldn’t wear a cross. That is an incredibly extreme ruling that whenever anyone is ‘on duty’ or wearing a logo from the school that they can’t be a person of faith. That’s not the law and not the Constitution, and what they did to Coach Kennedy is wrong.”

In addition, the court stated that part of Kennedy’s job was “modeling good behavior while acting in an official capacity in the presence of students and spectators.” The court reasoned that Coach Kennedy was a “role model and moral exemplar” who was “responsible for communicating the [school] District’s perspective on appropriate behavior through the example set by his own conduct.”

But apparently, the school district considers prayer by Coach Kennedy to be inappropriate for student viewing—and the Ninth Circuit agreed.

Those implications were evident to many observers across the nation, who reacted with alarm to the ruling and the wording of the opinion.

SCHOOL EMPLOYEES HAVE RELIGIOUS FREEDOM RIGHTS—EVEN ON THE JOB

However, just because teachers or school employees can be seen by students doesn’t mean that they lose their religious freedom rights. As the U.S. Supreme Court recognized in its landmark Tinker v. Des Moines Independent Community School District (1969) decision, teachers do not “shed their constitutional rights to freedom of speech or expression at the schoolhouse gate.”

First Liberty is committed to continuing to defend the free speech rights of Coach Kennedy and coaches and teachers like him. For more information about religious freedom in the public schools, download First Liberty’s free Religious Liberty Protection Kit for Students and Teachers.