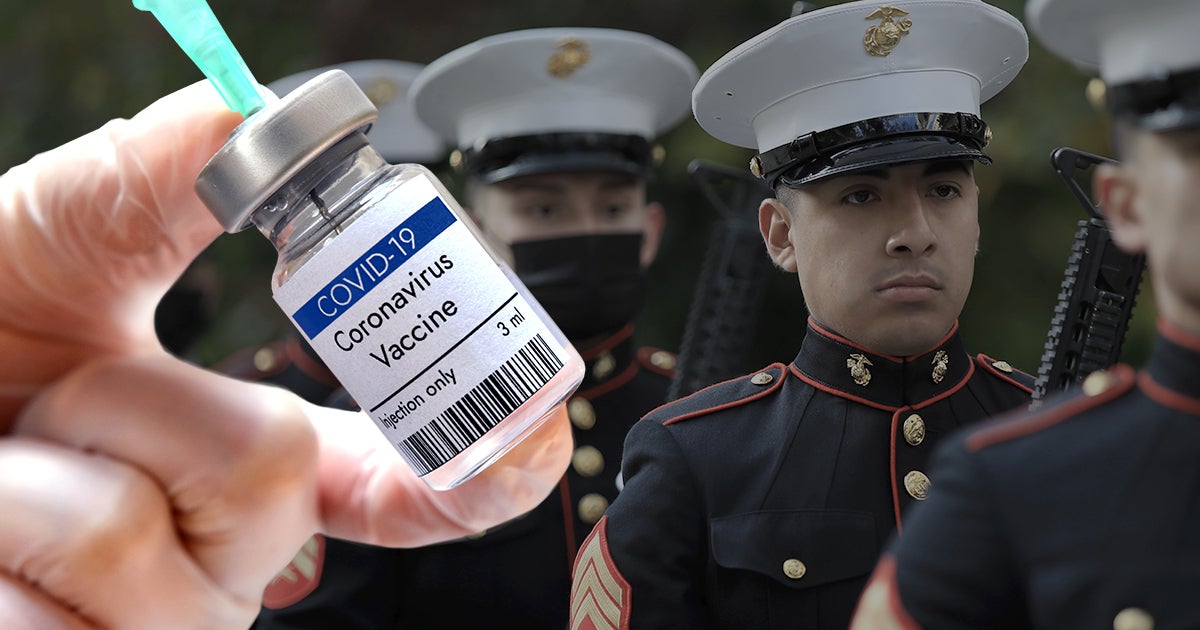 New guidelines would amend actions that targeted unvaccinated military men and women whose religious accommodation requests were rejected and appealed. The guidance states that “the Marine Corps will not enforce any order to accept COVID-19 vaccination, administratively separate, or retaliate against Marines in the class for asserting statutory rights under the Religious Freedom Restoration Act (RFRA).” This is a crucial step in the ongoing fight to restore religious liberty in America’s armed forces.

This announcement follows another important win for the constitutional rights of our service members. A federal district court recently granted a class-wide preliminary injunction to protect U.S. Marine Corps service members from the unlawful mandate. It extended protection to thousands of active or reserve duty Marines, including First Liberty’s own Director of Military Affairs Mike Berry, a member of the Marine Corps Reserve, whose religious accommodation request was denied earlier this year.

However, this does not necessarily mean that all negative actions against religious service members will go away. Berry told The Epoch Times that the new guidance did not go far enough in observing the federal court injunction. He explained:

“The promotion holds indicate that the [guidance] is simply doing the bare minimum of what is required by law, that is, they won’t be punished or kicked out…By putting on their record that they’re not worldwide deployable and can only be locally assigned, they’re essentially taking steps to remove the service member. While it may not look like it’s intended to railroad a Marine’s career, it will certainly have that effect—and I believe that’s been the intent all along.”

The Marine Corps’ updated guidance is a step in the right direction, but there’s still a great deal of work ahead to fully vindicate our military heroes. First Liberty continues to fight on behalf of U.S. Navy SEALs and Air Force service members whose requests have been denied and whose careers and livelihoods are being threatened.

Fox News reports that unvaccinated Air Force pilots with religious objections to the vaccine mandate still face discrimination in assignments and many are being prohibited from flying. Andy Grieb, a T-6 instructor pilot and one of First Liberty clients in our lawsuit, has been grounded from flying and ordered to instruct in a simulator by the Air Force because his religious accommodation request was denied.

“The Air Force continues to prevent its members with religious objections to taking the vaccine from performing many of their regular duties. The best example is that pilots who are unvaccinated for religious reasons have been grounded while pilots who are unvaccinated for medical reasons are flying. This will eventually lead to thousands of Airmen losing their careers because they will eventually be unable to promote to the next grade.”

The mistreatment and discrimination against religious service members has garnered national attention in recent weeks. Members of Congress and other major leaders have gotten involved in this important battle to protect religious liberty in our military. For example:

Service members pay a high price to defend our constitutional rights and liberties—including the freedom to live out our faith. They courageously fight for us, putting their lives in danger and some even make the ultimate sacrifice—all so that we can live in liberty. It’s outrageous that they’re being denied the same freedoms for which they risk their lives.

Discriminating and threatening adverse action against service members because of their religious beliefs isn’t just wrong. It’s illegal. It violates the First Amendment to the Constitution, federal law and military regulations. The law is clear that all service members have a right to serve our country without having to violate their religious beliefs.

Will you help First Liberty continue to defend our military heroes?