Fallen But Never Forgotten: Heroic Stories of the 49 Boys of Bladensburg 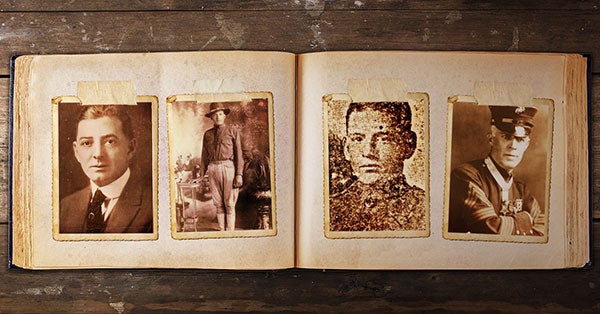 The final showdown is fast approaching.

In just two short weeks, on February 27th, our team will head to the U.S. Supreme Court to present our arguments in defense of the Bladensburg WWI Veterans Memorial.

And as we look forward with much expectation to that momentous day – after nearly five years of litigation – we also want to take time to contemplate the significance of that historic memorial – especially by remembering the heroes who sacrificed their lives during the Great War.

One hundred years ago, millions of American soldiers left behind their families and their homes to fight for the great cause of freedom – and upon arriving on European shores, they took part in what was one of the most gruesome and bloody wars the world had ever seen.

Among the massive number of courageous fighters were 49 brave heroes from Prince George’s County, MD – who sailed abroad and never returned home, but whose memory is forever embodied and alive with us through the Bladensburg WWI Veterans Memorial.

In this exclusive feature, you will find in-depth biographies and first-hand, historical documents on each of the 49 names inscribed on the memorial – helping you discover the way that many of these men gallantly gave their lives to preserve your freedom.

In the aftermath of the Great War, 10 Gold Star Mothers began their earnest mission to build one of the nation’s first WWI veterans memorial to honor their sons. To them, the Bladensburg Memorial was, and is to this day, their sons’ gravestone, as many of them never returned home.

They endeavored to build it knowing that we would forget their sons’ sacrifice unless we had some way of remembering. For the same reason, members of The American Legion helped complete its construction in 1925.

At the heart of the memorial’s base, we find four words that pay tribute to these “Boys of Bladensburg,” who gave their last full measure: Valor, Endurance, Courage, Devotion.

And beneath those etchings, you will find a bronze plaque listing the names of the 49 fallen heroes, along with the dates 1917 and 1918, and the inscription: This Memorial Cross Dedicated To The Heroes of Prince George’s County Who Gave Their Lives In The Great War For The Liberty Of The World.

These are their names:

Click on a name below to learn more about each of the Fallen 49.*

Unimaginably, these men – who made the supreme sacrifice for our country – once again have to face a momentous battle. Only this time, the fight is right here on our home soil – a group of zealous, humanist opponents who want to desecrate the memorial by having its arms chopped off or bulldozing it entirely.

That’s why, in just two weeks, it’s incumbent on us to win this case at the U.S. Supreme Court.

Truly, unlike any other legal battle of its kind in the past 50 years, the Bladensburg WWI Veterans Memorial case is an unprecedented opportunity. It’s the kind that only comes once in a generation. It is our – and more importantly, your – opportunity to both make and to save history.

* Historical documents courtesy of the Washington Post and the U.S. Library of Congress.