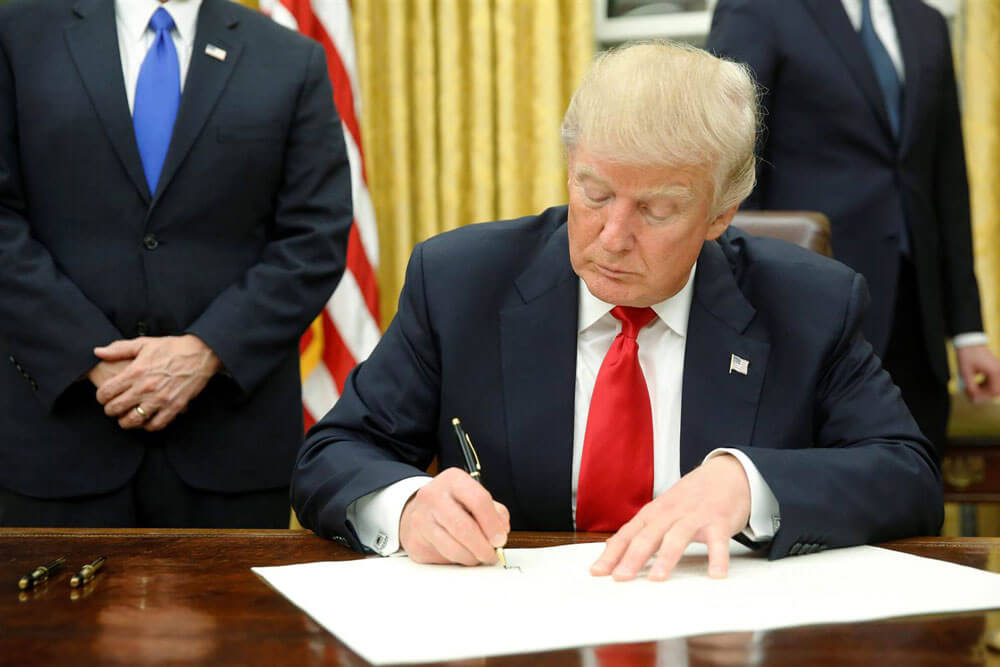 The Trump administration has announced two significant directives that will protect the religious liberty of all Americans—critical protections that will immediately benefit First Liberty Institute’s clients and aid many others.

First, thanks to a new interim final rule announced by the Trump administration, clients of First Liberty may seek permanent exemption from the HHS Abortifacient Mandate.

Though the plain text of the Affordable Care Act contained only a requirement of “preventative care” for women, the HHS Abortifacient Mandate forced faith-based organizations to participate in health insurance plans that offered contraceptives –including abortion-inducing drugs, even if those organizations had sincere religious and moral objections.

The stakes were high. Penalties for violating the mandate were $100 per employee per day. For many faith-based organizations, this would have amounted to millions of dollars per year diverted away from their missions.

“The new rule is a huge win for business and ministry leaders who, since 2013, have been fighting the government’s disregard for their religious beliefs and moral convictions. Now, they can lead their organizations in good conscience without choosing between their convictions and obeying the law.”

In July, First Liberty attorneys held an in-person, on-the-record meeting with officials from the Office of Management and Budget, Department of Labor, and Health and Human Services—agencies tasked with reviewing the rules related to the Affordable Care Act’s contraceptive mandate.

First Liberty also sent a letter on behalf of its clients to the Office of Management and Budget Director Mick Mulvaney. The letter said, in part:

“Our religious organization clients desire an amicable resolution that would enable them to pursue their religious missions without being compelled to violate their conscience.”

Clients affected by the mandate, and given relief by this ruling, include faith-based retirement homes in multiple states; higher educational institutions; and Insight for Living, the international Bible-teaching ministry of Dr. Chuck Swindoll.

Read the entire letter to the Office of Management and Budget here.

In announcing the guidelines, U.S. Attorney General Jeff Sessions wrote, “Religious liberty is not merely a right to personal religious beliefs or even to worship in a sacred place. Except in the narrowest of circumstances, no one should be forced to choose between living out his or her faith and complying with the law. Therefore, to the greatest extent practicable and permitted by law, religious observance should be reasonably accommodated in all government activity, including employment, contracting and programming.”

Hiram Sasser, General Counsel for First Liberty, put the Department of Justice guidelines into perspective—showing them to be supported by a recent history of bi-partisan support:

The fight for religious liberty is hardly over, but after difficult years, rulings such as these are evidence that it is a seesaw battle. Friends of religious freedom must remain vigilant, yet encouraged, and always active in defense of our first freedom.