Religious Freedom in Decline? Major Wins at the Supreme Court Suggest the Tide is Turning 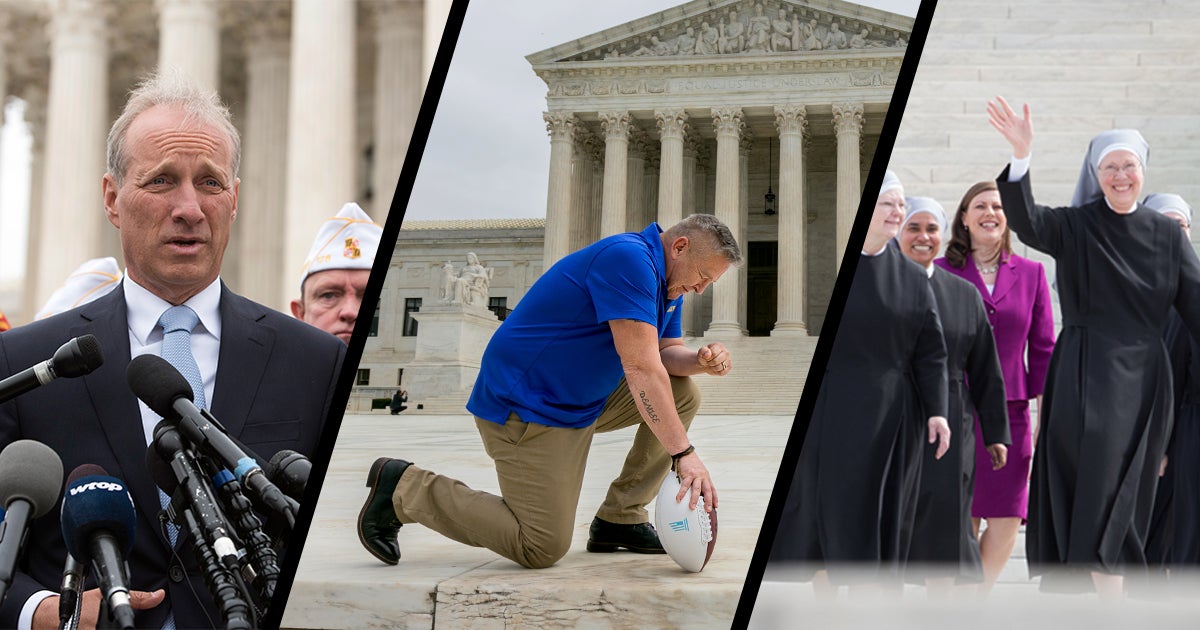 A majority of Americans (54%) believe religious liberty is on the decline, according to a recent Lifeway Research poll. Similarly, the Freedom Forum found 56% say religious freedom is being threatened in America.

Looking at these statistics alone, some might be led to believe there is no hope to restore or protect our First Freedom.

But that’s not the case. When we look at recent legal victories at the U.S. Supreme Court, a different picture emerges. The fact is this: religious freedom is on a major winning streak at the nation’s highest court. We’re witnessing religious liberty making an unprecedented comeback.

In Kennedy v. Bremerton School District, the Supreme Court issued a landmark decision in favor of our client Coach Joe Kennedy, who was fired for privately praying on the 50-yard line. It upheld his right to take a knee in quiet, solitary prayer after games. But this wasn’t only a victory for one coach in Washington state. It has a nationwide impact on public-school teachers, employees and coaches, who are now free to live out their faith in public.

This win overturned a 50-year-old bad precedent, Lemon v. Kurtzman. The legal test that came out of that ruling caused many school officials to suppress any religious observances, leading them to violate the rights of teachers and students.

Because of the Kennedy victory, that’s no longer the case. The Court set a major precedent affirming that the government cannot censor private religious expression.

How big of an impact does this have on religious freedom law? Here’s an easy way to think about it: law school textbooks and courses will have to be rewritten. Lemon is no longer the default. Moving forward, our courts and law schools will refer to the Kennedy case as the standard.

The Supreme Court also handed a major victory to parents and students in our Treat Children Fairly case, Carson v. Makin, that we brought in concert with the Institute for Justice. The Court held 6-3 that state tuition assistance programs cannot discriminate against parents who want to send their children to religious schools.

This victory brings an end to decades of discrimination. It rights the wrongs done to our clients and to countless parents and students not only in Maine, but also across the country. This victory––our second victory at the Supreme Court in one term––makes it clear that in America, families should not be excluded from participating in widely available public benefits, simply for choosing a religious education.

The U.S. Supreme Court issued a unanimous ruling in Shurtleff v. Boston, a case brought by our friends at Liberty Counsel. It held that the city of Boston violated the freedom of speech of a Christian group when it refused a request to fly a Christian flag outside city hall. This clarified that the government cannot treat religious organizations and individuals differently. It must regard them the same as their secular counterparts.

Those are just some of the massive victories we’ve witnessed in 2022. But let’s not forget other precedent setting cases. 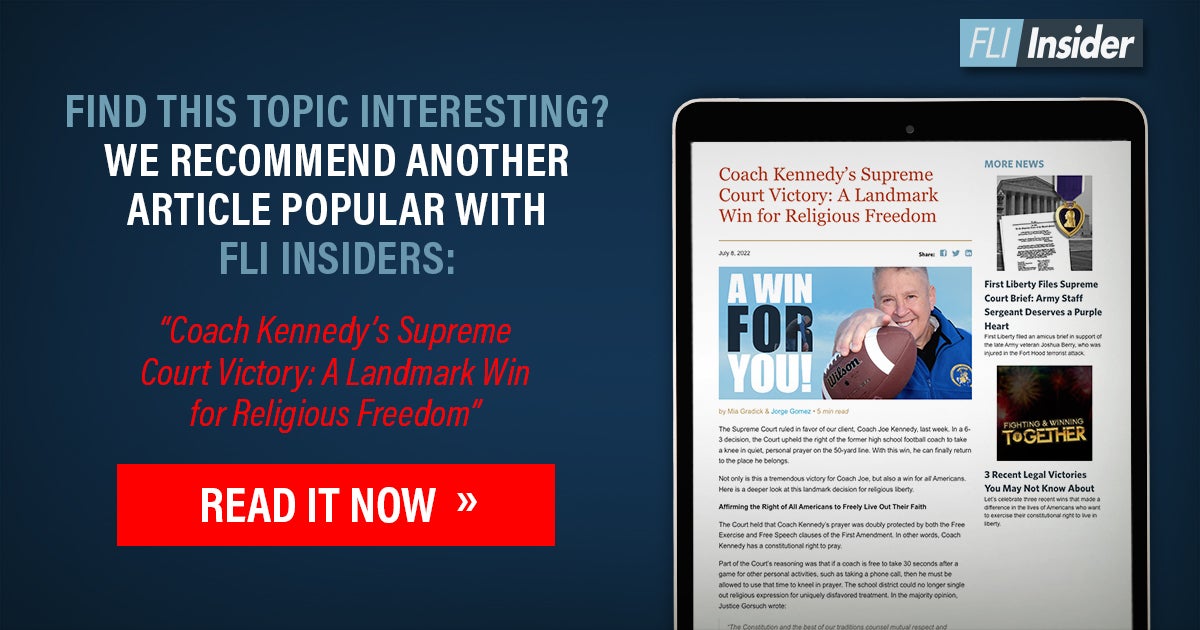 Bladensburg Peace Cross: The Days of “Offended Observers” Are Over

This win helped preserve the memory of the heroes it stands for and set a historic precedent protecting similar displays nationwide. It made an important change in our constitutional law, returning to a more commonsense reading of the First Amendment.

For cases involving religious displays, the Court would apply a more constitutionally faithful “history and tradition” test. Because of the Bladensburg victory, the days of offended observers forcing governments to scrub all public references to the divine are over.

Remember too that First Liberty has won seven Supreme Court cases since 2018. You can learn more about those cases here.

While there is still much work to be done and many important religious liberty cases yet to be won, we should be encouraged by the multiple wins in recent years. These are a sign that the tide of hostility is turning, and the future of religious freedom is brighter than ever before.

We invite you to join First Liberty on the frontlines. Your support helps ensure the freedoms envisioned by the Founders and enshrined in the First Amendment are respected. Will you help us as we continue to fight to protect religious freedom across the nation?