A recent decision by the Fourth Circuit puts thousands of veterans memorials in the crosshairs for bulldozing. 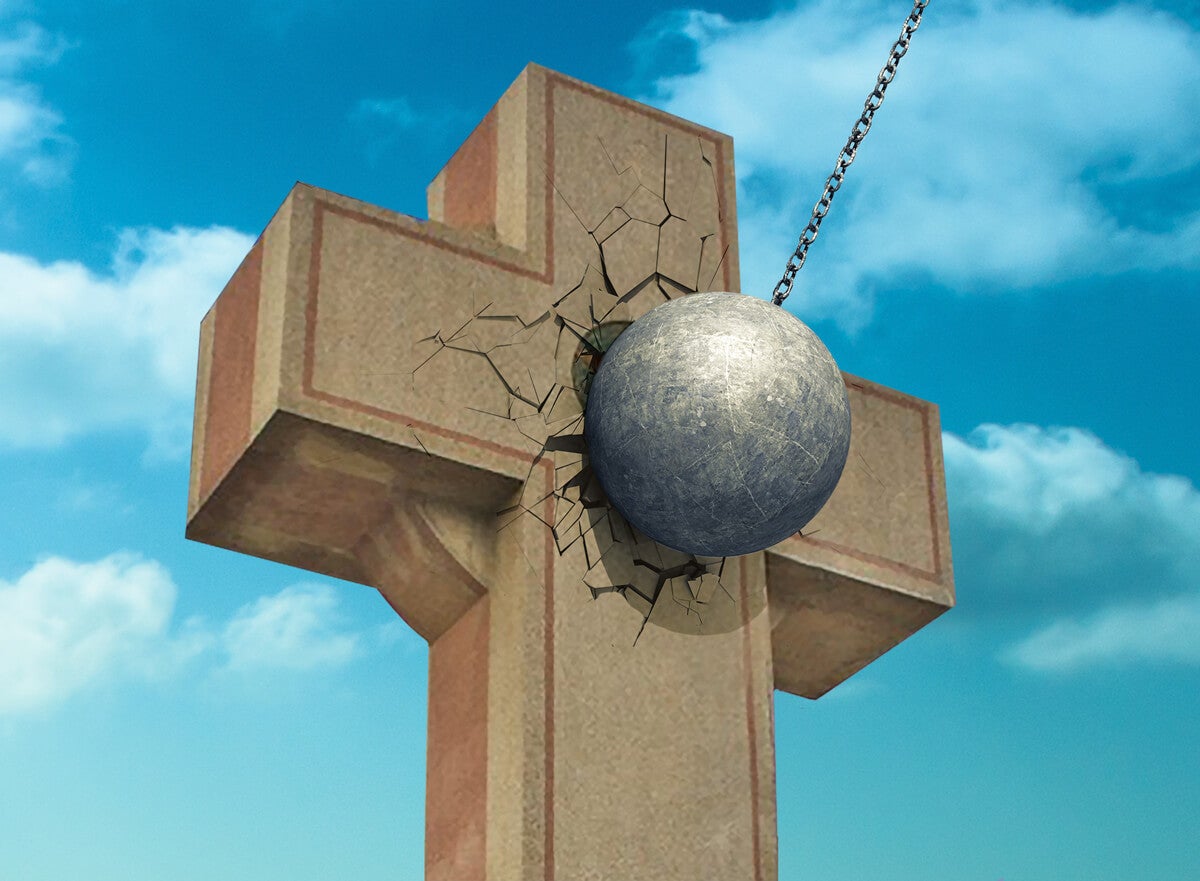 Last week, the U.S. Court of Appeals for the Fourth Circuit refused to save the historic cross-shaped Bladensburg World War I Veterans Memorial, which has stood since 1925 in honor of 49 Bladensburg-area men who gave their lives during WWI.

“The decision of the three-judge panel sets a dangerous precedent for veterans memorials and cemeteries across America, and we cannot allow it to be the final word,” said Hiram Sasser, General Counsel for First Liberty. “If this decision stands, other memorials—including those in nearby Arlington Cemetery—will be targeted for destruction as well. The American Legion will appeal this case to the U.S. Supreme Court.”

Extremist groups are relentlessly attacking veterans memorials, and that’s why First Liberty is preparing now to take this case all the way to the Supreme Court.

What does the law actually say regarding veterans memorials like Bladensburg?

In his dissent, Judge Paul V. Niemeyer referenced prior court rulings on veterans memorials and their compliance with the First Amendment. He noted this critical point:

In essence, the legal precedent has already been established for the Supreme Court to rule that veterans memorials with religious text and imagery are consistent with the Constitution.

But there’s more. The Bladensburg Veterans Memorial has stood for almost one full century without a complaint about its presence until the American Humanist Association recently brought legal action.

Referencing history is important, especially since Supreme Court precedent affirms constitutional protection for monuments that are well known as being tied to our nation’s history.

And these precedents are significant, as First Liberty prepares its appeal to the Supreme Court.

THOUSANDS OF MEMORIALS AT RISK

First Liberty attorneys have consistently warned that the fall of the Bladensburg Veterans Memorial could eventually degenerate into an ugly national purge of similar memorials.

Judge Niemeyer’s dissenting opinion agrees with First Liberty’s assessment. He forewarns about the possibility that a loss in the Bladensburg case could lead to a spiraling domino effect:

“The panel decision…puts at risk hundreds, and perhaps thousands, of similar monuments.”

Consider that there are close to 1,200 veterans memorials in Maryland alone, and a sizeable number that contains some type of religious message.

Judge Niemeyer further explains that the most treasured and historic veterans memorials in America could be in imminent danger:

“The holding…needlessly puts at risk hundreds of monuments with similar symbols standing on public ground across the country, such as those nearby in Arlington National Cemetery where crosses of comparable size stand in commemoration of fallen soldiers.”

The implications of the current decision are expansive and could have a rippling effect beyond the Fourth Circuit. Radical groups could easily use the ruling to target veterans memorial with any kind of religious symbolism, not just those that are cross-shaped.

The Tomb of the Unknown Soldier in Arlington, for example, is inscribed with the phrase “KNOWN BUT TO GOD.” According to the Fourth Circuit, this message would be in violation of the Constitution.

If the court’s decision stands, monument with religious symbols, imagery, or messages will definitely be on the bulldozing list. It would be open season for the demolition of memorials in the Fourth Circuit – and possibly nationwide.

Are any veterans memorials off limits?

In the end, the Bladensburg Memorial case boils down to a simple – yet penetrating – point:

Will we tear down the memorials that honor the sacrifice of America’s brave service members?

Judge J. Harvie Wilkinson aptly noted in his own dissent, “The dead cannot speak for themselves.” For that reason, First Liberty continues to defend veterans memorials – to ensure that the service and sacrifice of our veterans are never forgotten.

Show Your Support and Help Save
The Bladensburg WWI Veterans Memorial