A recent Marist poll shows that Donald Trump assumed office with a mandate for religious freedom. 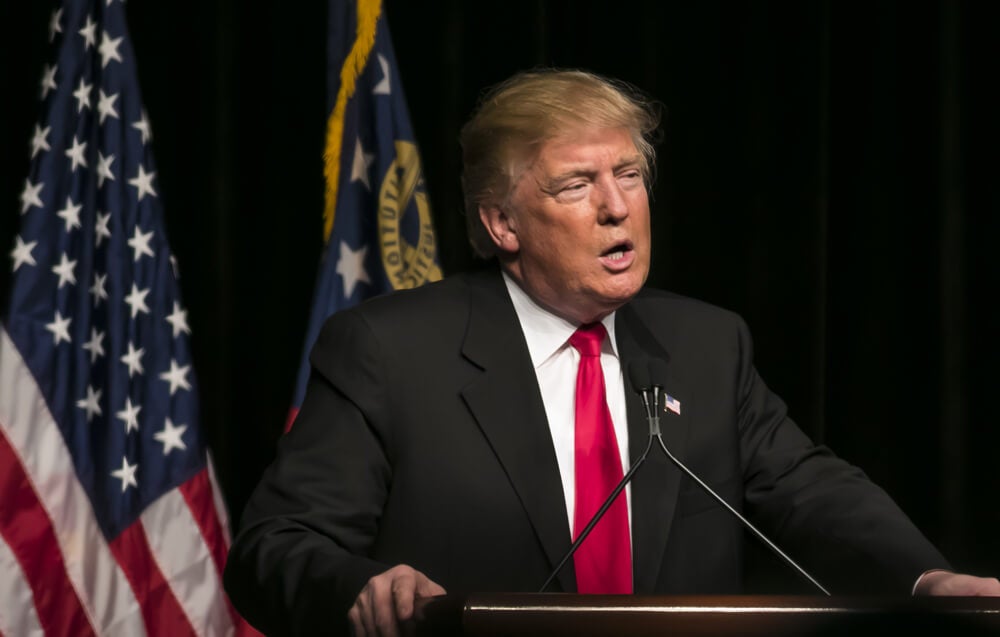 Nearly 90 percent of all Americans consider religious liberty to be an important issue, and 65 percent of Americans believe that freedom of religion should be protected even against government laws, according to a new Marist poll released this month.

The poll also revealed that appointing a Supreme Court justice who believes in a strict interpretation of the Constitution is a high priority for a majority of Americans.

“Religious freedom is our first freedom as Americans,” said Kelly Shackelford, First Liberty President and CEO. “This new poll revealed that many Americans prioritize it accordingly. President Trump should take these poll findings as a mandate to protect and restore religious freedom, through executive orders, legislation and Supreme Court nominations.” 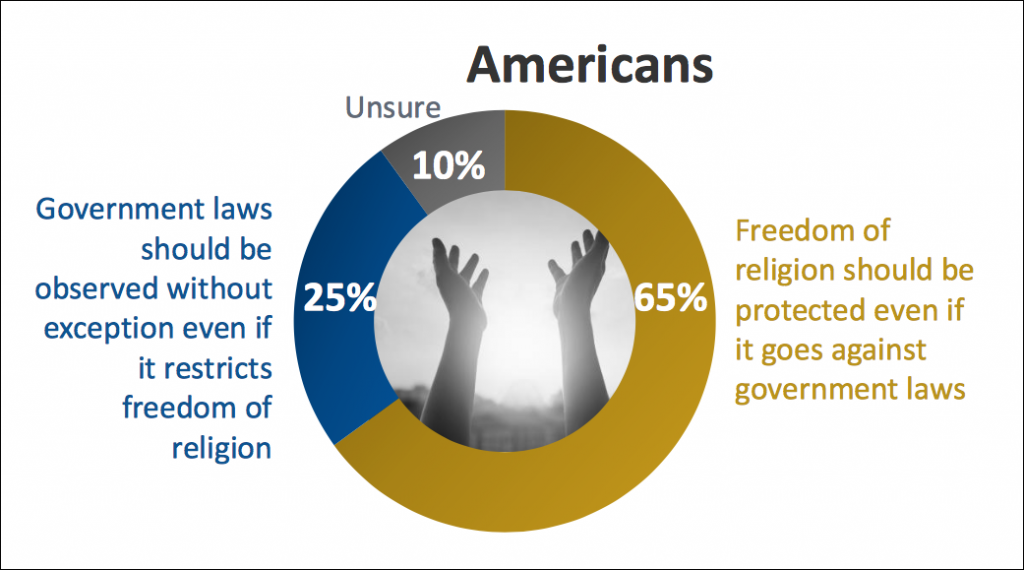 Eighty-nine percent of Americans consider protecting religious freedom an important priority, with nearly six in 10 calling it an immediate priority, the poll found. 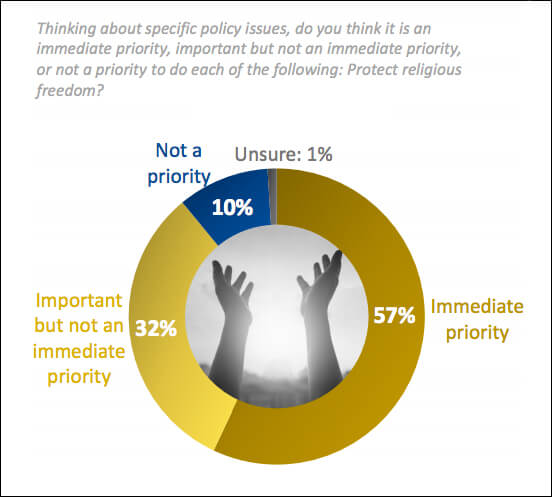 Eighty percent of Americans say it is important to appoint a Supreme Court Justice who believes in a strict interpretation of the Constitution.

The findings beg the question: If so many Americans want to see more religious freedom, why is that freedom under such attack today?

The answer is that a small but well-funded force of anti-religious groups, including government entities and bully organizations, are dedicated to attacking free religious expression in ways that defy common sense.

Take, for instance, First Liberty’s case protecting Aaron and Melissa Klein. The bakery-owning couple was forced by their Oregon state government to pay a $135,000 penalty simply because they declined to create a custom cake for one event: a same-sex wedding. They were also issued a gag order that prohibited them from speaking about their Christian beliefs regarding marriage.

If President Trump’s recent inauguration activities were any indication, it seems that many Americans still support the right to refuse to participate in an activity that violates one’s conscience. Business Insider reported that at least nine celebrities declined to perform at the inaugural festivities — a right they have under the Constitution. And yet, the Oregon state government is bent on exacting harsh punishment against the Kleins for attempting to exercise that same right.

Another example that defies common sense is the case of Coach Joe Kennedy. The former high school football coach was fired for kneeling and saying a short silent prayer after football games. His firing sends the false and dangerous message that exercising your faith at work — is illegal.

What about the Bladensburg World War I Veterans Memorial? This memorial in Maryland is under attack simply because of its cross shape — a symbol historically representing a grave marker. This is appropriate, considering that the memorial was built specifically to honor local men who died serving in WWI. If we lose this case, the Bladensburg memorial — and all other veterans memorials containing such imagery — will be in danger.

In light of the recent Marist poll findings, it seems likely that the groups attacking these and other First Liberty clients are really out for their own special interest, and do not represent the will of the American people.

First Liberty wins our cases because the law in this country protects religious freedom. It’s key, however, to take advantage of this time to combine the overwhelming public sentiment reflected in the poll with the recent surge in political opportunity under President Trump’s administration. Religious freedom can be advanced in numerous ways where it had been blocked. First Liberty is committed to doing just that. We’re already moving aggressively to advance religious freedom in our laws and to accept more clients and win more cases to establish precedents that can protect religious freedom for the next generation.