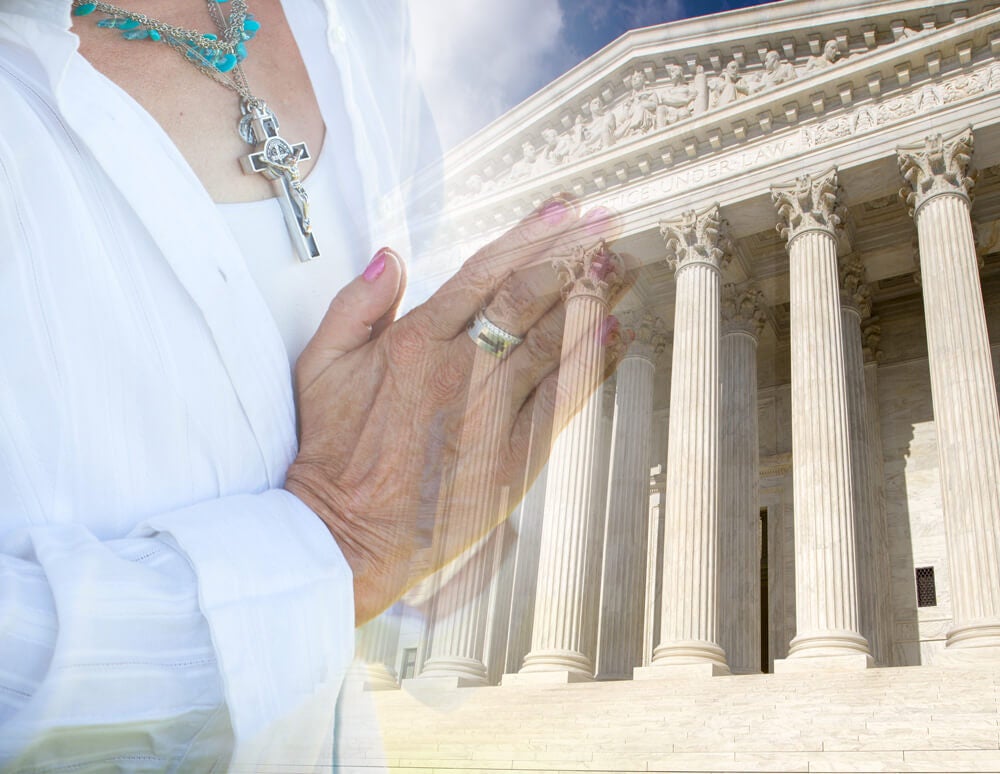 When government agents deny a citizen’s right to pray in the home, should they be shielded from liability by legal loopholes and technicalities? It’s a question the Supreme Court may have to answer in the near future.

For Mary Anne Sause, the answer could bring long-awaited relief. In June, the U.S. Court of Appeals for the Tenth Circuit ruled against Ms. Sause in a lawsuit where she claimed her religious rights had been violated.

The appeals court assumed the truth of Sause’s claim that two police officers violated her rights when they ordered her to stop praying during an incident in her own home, even though her prayer was peaceful and orderly. But the court ultimately ruled against Ms. Sause because of a technical legal doctrine called qualified immunity. Essentially, the court dismissed the case because the facts were so unusual and egregious that they hadn’t encountered a similar case before.

If government officials such as police officers can violate religious freedoms and be shielded from consequences, religious liberty is in peril.

First Liberty is appealing this shocking denial of a basic constitutional right. On November 17, attorneys for First Liberty Institute and Gibson, Dunn & Crutcher LLP filed a petition for certiorari with the U.S. Supreme Court on Sause’s behalf.

You can read the petition here.

A MINOR NOISE COMPLAINT TURNS INTO A RELIGIOUS FREEDOM VIOLATION

In November of 2013, Sause had a traumatizing encounter with local police. Two officers from the Louisburg, Kansas police department were sent to her home to look into a minor noise complaint about a radio being too loud. Twice in one evening, the officers demanded entry into Sause’s home.

After they entered, the officers began to intimidate Sause, telling her that she was “going to jail” but giving her no justified reason why. Rattled by the incident, she asked the officers for permission to pray. One informed her that she could do so. However, when the other officer saw her kneeling in silent prayer, he ordered Sause to “get up” and “stop praying.” Frightened, she complied.

At the end of the encounter, the officers issued Sause a citation for “disorderly conduct” and “interfering with law enforcement.” This was unrelated to the minor noise complaint about which officers had been sent to her home in the first place.

In current times, there is no shortage of examples of local jurisdictions – such as school districts or municipal governments – overstepping their power and violating someone’s religious liberty. In the 2017 edition of Undeniable, First Liberty’s analysis documented more than 1,400 religious liberty incidents in schoolhouses, public areas, the military, churches, and ministries.

As more and more public attacks on religious freedom have surfaced in recent years, it is reasonable to believe that we may see more violations taking place in private settings, like one’s own home.

This is why First Liberty considers it necessary to appeal the Tenth Circuit’s alarming decision to the Supreme Court. Mary Anne Sause’s case shows that religious freedom may come under attack even in one’s own home.

“The constitutional rights of law-abiding citizens like Ms. Sause should not be ignored, and she deserves her day in court,” said Stephanie Taub, Counsel for First Liberty. “This case is about protecting the religious liberties of a private citizen in one of the most sacred and protected places in legal doctrine: the home.”

Ultimately, the ruling on Sause’s case could help determine whether religious expression will continue to be enforceable against government officers as it is clearly written in the Constitution.

CASE LAW LOUDLY ON THE SIDE OF MS. SAUSE’S QUIET PRAYER

“The principle that government may not enact laws that suppress religious belief or practice is so well understood that few violations are recorded in our opinion.”

“At a minimum – even assuming the officers’ command was neutral and generally applicable – they still must show that it was a ‘reasonable means of promoting legitimate public interest’…Given the procedural posture of this case, the officers cannot do even that.”

Legal precedent and the First Amendment have historically offered protection for religious expression in the privacy of one’s own home, free from unwarranted intrusion by the government. For Sause, this means that praying in her home is an expression of her faith that is protected by law and the Constitution.

And although the Tenth Circuit’s opinion recognized this fact, it ruled that the officers were shielded from legal liability. That is a disturbing outcome, and one that has triggered the appeal to the highest court in the land.

The Tenth Circuit’s opinion assumed the police officers violated Ms. Sause’s constitutional rights when they mocked her, humiliated her, and ordered her to stop praying in her home,”said Kelly Shackelford, President and CEO of First Liberty. “Police officers should have known that ordering a woman not to pray in her own home violates the First Amendment.”

By filing this most recent petition, First Liberty is hopeful the Supreme Court will recognize Ms. Sause’s case as one of the utmost importance, grant her request, and restore her religious rights by holding the violators responsible.