Research Shows Worldwide Rise in Religious Restrictions – Is a Wave of Hate and Hostility on Its Way to America?

When it comes to religious liberty, are we better off today than we were ten years ago?

In many ways, the answer is a resounding “Yes!”

Today, thanks to a string of legal victories and historic success in recent years, Americans are enjoying more religious freedom than we’ve had in decades.

We’ve made unprecedented progress in restoring the vision of America’s Founding Fathers, whose original intent in writing the First Amendment was to ensure the right of all Americans to live out their faith – free of government intrusion and without the fear of violence or harassment.

Yet, much progress still needs to be made in restoring and defending our first freedom.

In particular, it’s troubling when we survey the global landscape and see that the United States isn’t immune to the ills of religious oppression. Too often, we tend to think heinous religious restrictions and government crackdowns in totalitarian nations are too far away to affect our own freedoms as Americans.

But the truth is, and the research shows, that religious freedom is under heavy attack, both in the United States and in the world at large.

When we protect religious freedom, people’s lives become better—we have more tolerance, diversity and a more peaceful society. Support us with a financial gift to help us leave a legacy of religious freedom for your children and grandchildren.

According to a recent study from the Pew Research Center, from 2007 to 2017 “government restrictions on religion – laws, policies and actions by state officials that restrict religious beliefs and practices – increased markedly around the world.”

When Pew began tracking the issue in 2007, 40 countries had “high” or “very high” levels of restrictions on religion. In 2017, however, the number showed a sharp increase to 52 countries. This represents a 30% spike in countries worldwide where there are severe religious restrictions!

Pew uses four main categories to quantify religious restrictions, and based on its average statistical measurements, there have been significant increases globally in each of those categories:

Coupled with this rise in religious restrictions, Pew also found that “social hostilities involving religion – including violence and harassment by private individuals, organizations or groups” increased more than 40% over the same ten-year span.

In correlation with that increase, the average indicator of social hostilities in the United States also jumped by nearly 70%. 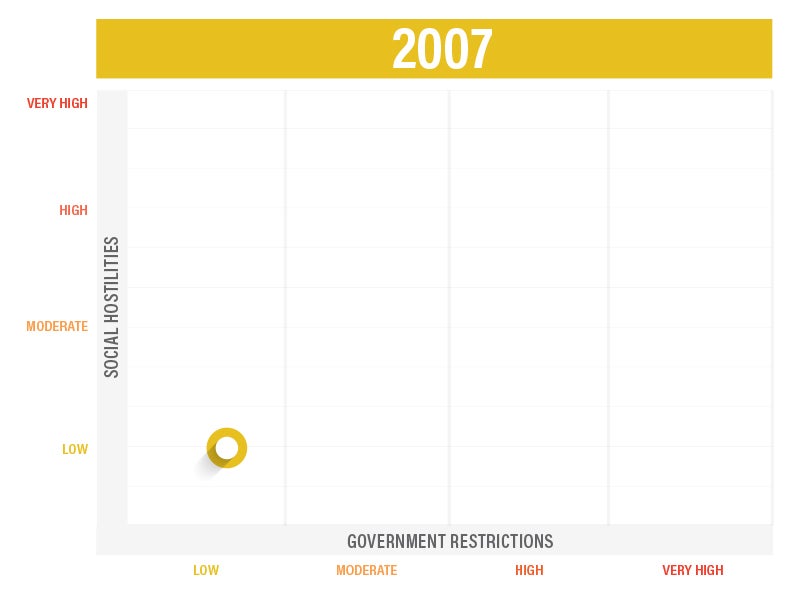 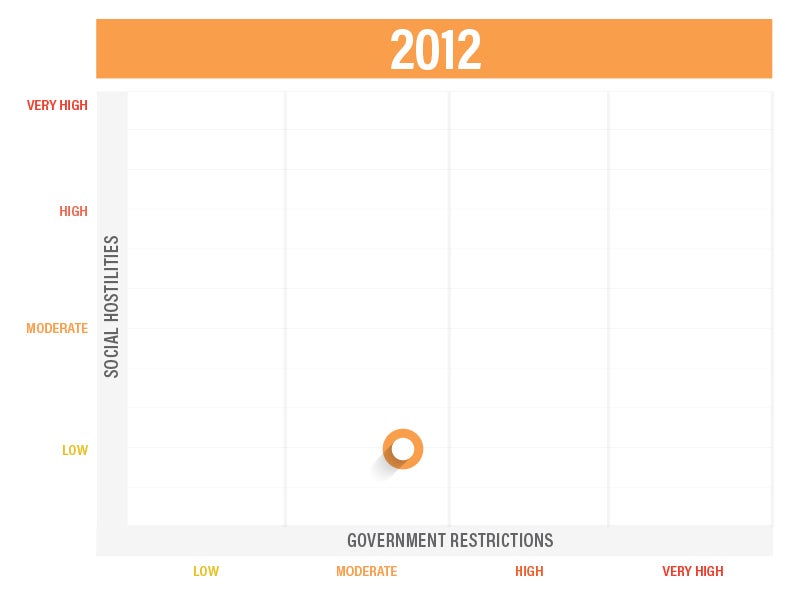 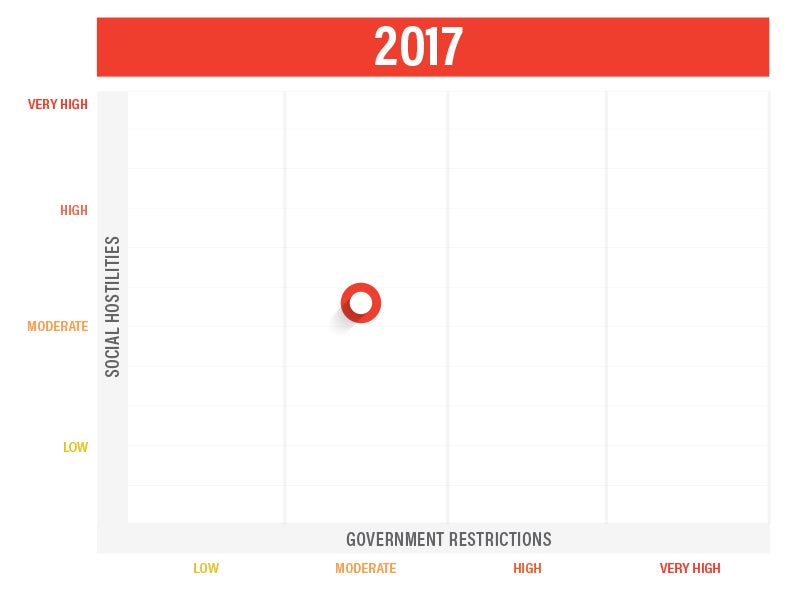 Generally speaking, Pew’s data tells us there are strong indications of social hostility against people of faith taking place in the United States, and several of our recent cases exemplify this increasing trend:

It’s true that in America we do not have the same scale of physical violence, unrest and restrictions as seen in very repressive nations. At least, not yet. Nonetheless, we have seen a recurrent and growing pattern of hatred and animosity directed against Americans who live out their faith, one that’s become all the more prevalent in the last ten years.

Our country has long been considered the world’s beacon of religious freedom and a safe haven for suffering religious groups – a place where people of all faiths can live peacefully. For our nation to continue being that shining light, we must protect the right of all Americans to live out their faith without the fear of punishment or repression.

Related story. Why Violence and Intolerance Are Spreading to the United States – And How We Can Stop It. Read more.