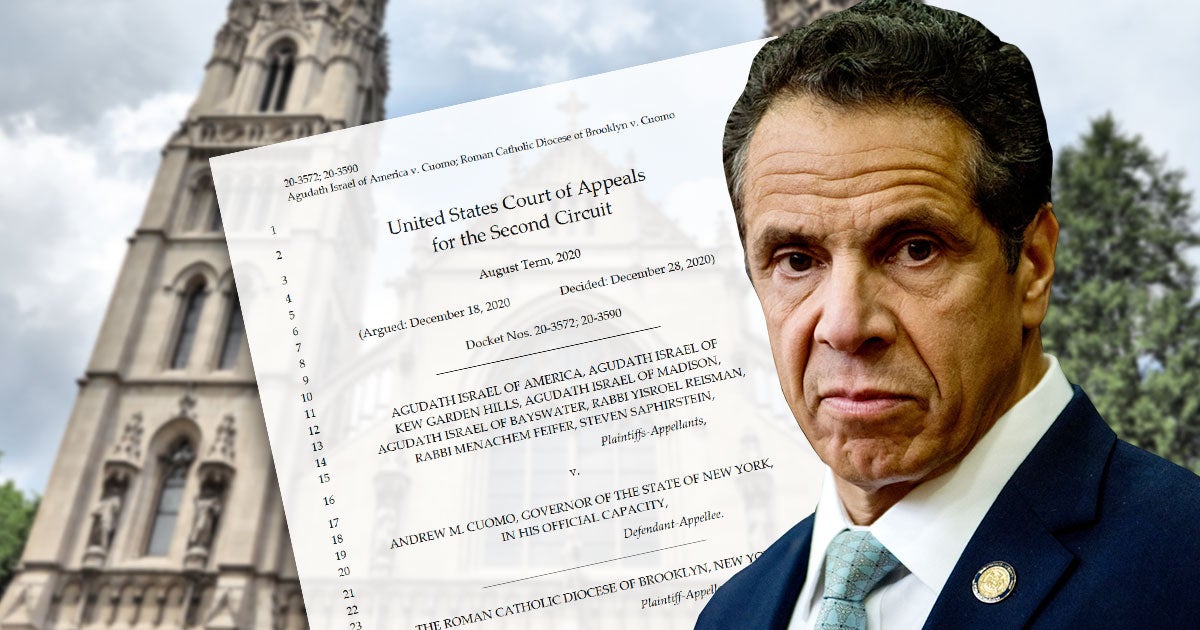 Last week, a federal appellate court delivered a second important victory for religious liberty and religious communities in the state of New York, with the U.S. Court of Appeals for the Second Circuit overturning the New York Governor’s strict limitations on attendance at houses of worship.

The ruling, issued by a three-judge panel of the Second Circuit, made it clear that the Governor’s “Cluster Action Initiative” was discriminatory on its face, as it gave preferential treatment to secular businesses over houses of worship:

“…The [Governor’s] Order does not impose generally applicable public-health guidelines, like requiring masks and distancing or limiting capacity by time. Instead, the Governor has selected some businesses (such as news media, financial services, certain retail stores, and construction) for favorable treatment, calling them ‘essential,’ while imposing greater restrictions on ‘non-essential’ activities and religious worship.”

The Red Zone imposed the most onerous restrictions on religious liberty, where houses of worship were subject to a capacity limit of 25% of maximum occupancy or 10 people, whichever was fewer.

The restrictions loosened in the Orange or Yellow Zones, the latter which offered the best-case scenario allowing houses of worship to open at a maximum of 50% capacity.

In addition to helping churches and synagogues in New York reclaim their right to safely gather in-person for worship, the Second Circuit’s decision could also have a positive impact on religious liberty beyond the context of COVID restrictions.

The ruling adds to a growing body of legal precedent reaffirming that government cannot treat religious gatherings more harshly than secular ones. It’s another crucial judicial victory that will protect the rights of people of faith and congregations nationwide, especially in circumstances when state officials single out religion for unfavorable or disparate treatment because they see no value in it, or because they arbitrarily decide that religion is “non-essential.”

One of the attorneys who represented several Jewish synagogues in the NY legal battle summarized it as follows:

“I fully expect this decision to stop future governments from imposing rules that restrict religion, and it also sets a standard that we can rely on in court in those instances when government does not heed that lesson.”

More broadly, this victory brings to the forefront the incredible impact that originalist, conservative judges are having on religious freedom throughout the country.

The panel of the Second Circuit who wrote the opinion was comprised of three conservative-appointed judges, two of them who were nominated and confirmed during the current administration.

Why are these court “flips” so important to religious freedom?

When deciding a case, appellate courts typically choose a three-judge panel at random from its list of judges. So, if the ratio of conservative-to-liberal appointed judges is closer to 50-50, then there’s a higher probability that conservative judges will hear and rule on cases according to the original text of the Constitution and the First Amendment.

While there are plenty of reasons to celebrate the victory in New York (as well as a streak of multiple wins we’ve secured throughout the pandemic), there’s still much work to be done and many more critical legal battles ahead. Right now, there’s a sea of religious liberty litigation that keeps surfacing in the lower district and circuit courts, as well as other appeals being made to the Supreme Court.

Will you be the One to join us on the frontlines of this Essential Fight for our First Freedom?