Offenses violating the religious freedom of churches are growing more frequent. Here are six examples of those offenses – and why our adversaries are wrong. 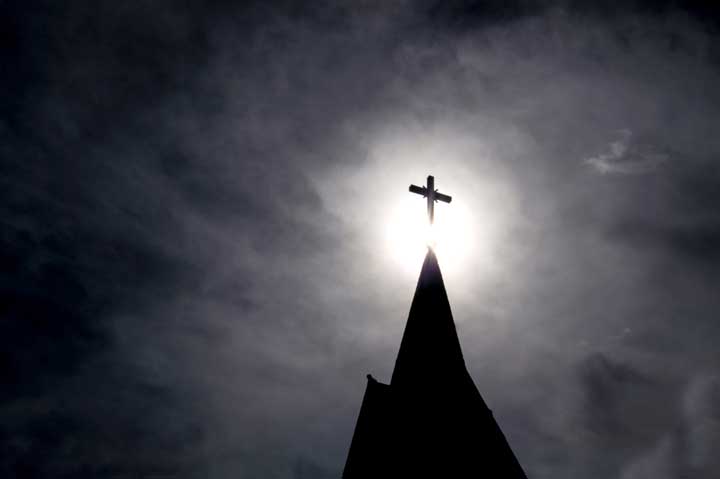 First Liberty Institute recently declared victory after sending a demand letter to the Civil Rights Commission in Iowa, which attempted to control how churches could teach, preach, and operate.

Cornerstone World Outreach, a church in Sioux City, Iowa, contacted First Liberty after the Commission issued a brochure stating that churches were not exempt from laws regarding gender and sexuality. Though First Liberty was able to restore the rights of Cornerstone World Outreach and other Iowa churches thanks to the Commission’s swift action in revising their policy, the matter itself signaled a dangerous new trend.

The one place Americans thought their faith was safe—their house of worship—has now been tested. This most recent example serves as a wake-up call to the secularists’ hostile push to remove religion from the public sphere and exemplifies the threat against the sovereignty of houses of worship.

These are just a few examples of the extent many have gone to in recent years to specifically target churches, ministries, and other houses of worship.

WHERE DO THESE ATTACKS COME FROM?

An attitude of hostility toward religion and thereby houses of worship has been growing for decades, thanks in part to a widespread misunderstanding of a common phrase.

In today’s culture, the phrase “separation of church and state” is frequently thrown around regarding the divide between religion and politics. It’s often being used as an excuse to suppress churches and ministries and to create a deeper divide as people attempt to remove any reference to religion from the public sphere. It is not in the Constitution, but where does the phrase come from, and what does it really mean?

The phrase “separation of church and state” was first used in a letter from President Thomas Jefferson addressed to a group of Baptists in 1802 who were concerned about their religious freedom.

In the letter to the concerned group, Jefferson stated:

Thomas Jefferson, understood the important role of religion in the lives of many citizens, and thus the freedom to exercise that religion without governmental interference.

He never intended, however, for all religious references to remain locked behind church doors—let alone for the government to instruct a church on its teachings, preaching, and operations.

With brave men and women who are willing to stand up for their faith, and their faith communities, religious liberty can win. First Liberty is the nation’s largest non-profit law firm solely dedicated to protecting religious liberty, winning over 90 percent of cases for victims of religious discrimination—including houses of worship.

For more on how religious liberty is under attack and what First Liberty Institute is doing to protect your rights, please click here and read A Time To Stand by Kelly Shackelford, First Liberty President and CEO.