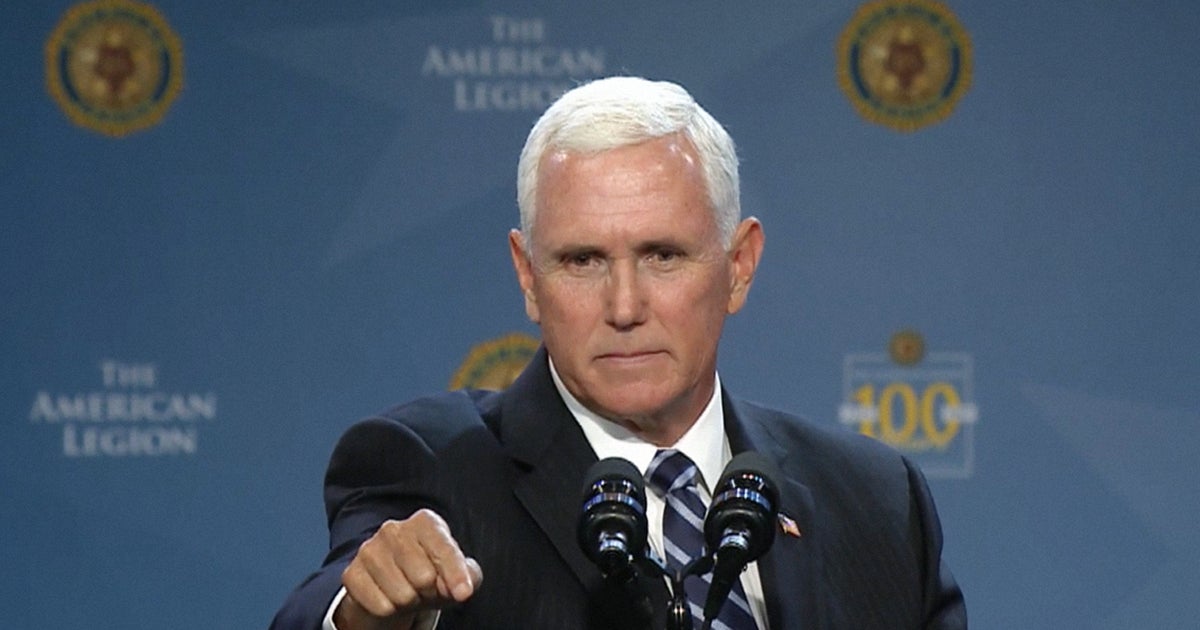 Vice President Mike Pence recently spoke to thousands of our nation’s veterans at The American Legion’s 101st Annual National Convention, assuring them that in addition to taking care of their healthcare needs, the current administration would meet their spiritual needs.

In his speech, the Vice President also referred to a First Liberty case. We are defending a POW/MIA Remembrance display in a New Hampshire VA hospital. It contains a family Bible donated by U.S. Army Air Corps Technical Sergeant Herman “Herk” Streitburger, a WWII veteran who was held captive at a German prison camp.

Our firm intervened in the matter after a group more than 2,000 miles away complained to the facility demanding the removal of the Bible, even going so far as to call it “repugnant.”

But the Vice President sent a clear message when he boldly stated:

Here at First Liberty, we are grateful to Vice President Pence, as well as to the entire administration, for their steadfast defense of religious liberty for America’s veterans.

And to those activists who roam the country seeking to purge religious symbols from military facilities, First Liberty has this simple message:

You picked a fight with the wrong veteran, and you will have to go through us if you want to remove Herk’s Bible from the VA hospital.

Read the story of USAAC TSgt Herk Streitburger and how First Liberty is fighting to keep his family Bible on a POW/MIA Remembrance display. Learn more.

Anti-religious hostility has no place in America’s military, especially not at the VA. VA hospitals and medical facilities are exactly the places where veterans and their loved ones often look to faith for solace. It’s not just insensitive, but even cruel, to tell sick and ailing VA patients that a hospital is no place to seek spiritual and religious guidance.

In fact, the tradition of tending to the spiritual wellbeing of those who’ve served in our military is older than America itself.

Even before the founding of our great nation, religious freedom and religious expression have been instrumental in ensuring the spiritual fitness of our soldiers. It was so with our first national military commander, George Washington, whose persistent requests led to the formation of the Army Chaplain Corps, the nation’s first formal military chaplaincy to give spiritual support to those who went into battle.

Like Washington, many of our Founders, as well as presidents and leaders throughout our history, took deliberate steps to meet the spiritual and religious needs of those on active duty and the brave veterans who served our country in uniform.

That’s why today, First Liberty continues to be First in the Fight for veterans, as we fight to make sure VA facilities across America don’t become religion-free zones. Religious liberty and spiritual fitness are inseparable from our country’s military heritage, which means that today we ought to embrace – not censor or suppress – the rich history of religious expression in our armed forces.

Give today. We need your financial support to stop attacks on America’s military service members, and to keep winning key victories that will protect their religious freedom.