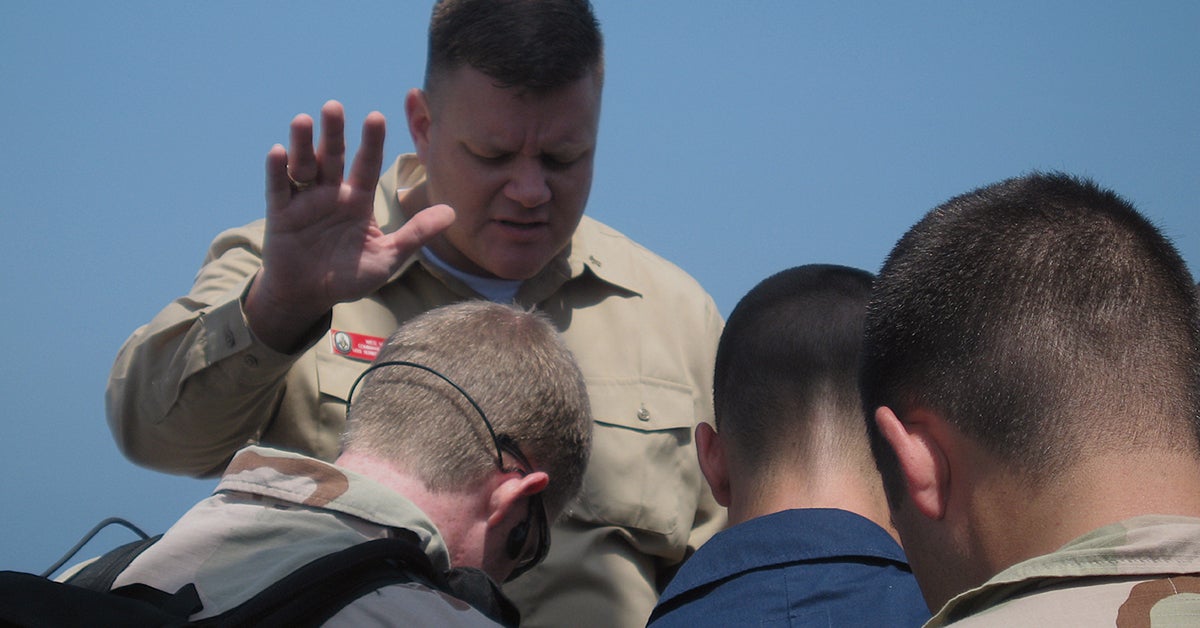 A few days from today, on July 29, we will commemorate the 244th year since the birth of the Army Chaplain Corps. Older even than the United States, the Chaplain Corps was—and is— integral to the fabric of our nation, and instrumental to our military’s success.

As we prepare to mark this historic milestone, let’s take a look at the story of how the Chaplain Corps’ was formed—and the risks military chaplains face today when it comes to carrying out their duties and living out their faith.

In the summer of 1775, the Second Continental Congress convened in Philadelphia. Though members of the Congress would not sign the Declaration of Independence for another year, the colonies were already engaged in a difficult and bloody war against the most powerful military in the world, Great Britain.

But they were determined to stand up for their God-given rights.

With violence escalating and the war becoming even more gruesome, Congress commissioned George Washington as Commander in Chief of the Continental Army. Less than a month after taking charge, Washington made one of his first requests, something he knew would be a vital and necessary component for his military operation.

As a military commander, Washington anticipated the toll war would take on his troops, especially knowing the incredible effort on the part of the colonists to defeat a formal standing army. Of course, he knew how important it was for his soldiers to be physically prepared, but he also understood that he would need something more in the face of such odds: spiritual fortitude, and the moral strength to persevere.

Though many ministers were already volunteering alongside colonial troops, Washington wanted their services recognized and financially compensated, and for them to become an official part of the army.

On July 29, 1775, Congress granted Washington’s request and the Chaplain Corps was born. There would be one chaplain for each regiment in the Continental Army. Receiving a captain’s pay, they would attend to the spiritual, emotional, and even physical wellbeing of the troops.

A Legacy of Spiritual Fitness

Today, chaplains corps have withstood the test of time as a valuable asset and a necessary institution critical to each branch of the U.S. military.

In additional to looking after the spiritual wellbeing of military troops, chaplains are tasked with upholding religious freedom, ensuring that the individual beliefs of military members are respected. Today, a diverse and expanding group of religions are represented among military chaplains, ranging from majority faiths like Christianity to minority religions like Judaism and Buddhism.

Regardless of a service member’s personal religious beliefs, faith continues to be a source of strength, comfort and inspiration for those who risk life and limb to defend our most cherished freedoms. As First Liberty Institute client and retired Navy Chaplain Wes Modder put it, “when people come into the military they don’t leave their faith, they bring their faith with them.”

A Legacy Under Attack

The legacy of promoting and protecting spiritual fitness for America’s troops is older than America itself. It’s a part of our country’s heritage, and today we ought to embrace that legacy, which continues to inspire thousands of courageous men and women to serve our country in uniform.

Sadly, there are activist groups today who are doing anything they can to supress faith and religious freedom from our military, waging attack after attack on our nation’s brave heroes and their constitutional rights. What’s worse, there are rogue leaders inside the Pentagon who are themselves perpetuating anti-religious bias and attacks on service members who exercise their First Amendment right to live out their faith.

Of all military service members, you would expect chaplains to be able to live and to serve their country in accordance with their faith. But even they are coming under heavy attack, and First Liberty Institute has had to intervene to defend chaplains who’ve been targeted for fulfilling the duties they’re expected to carry out:

These attacks on chaplains aren’t isolated incidents. They’re becoming more frequent. Unless something is done, thousands of military chaplains could lose their freedom—and millions of troops could lose the spiritual strength they need as they prepare to risk their lives for our freedom.

As we celebrate a historic 244 years of military chaplains serving within our armed forces, we need you to take a bold stand for our military chaplains today. We’re urging you to join us in a national effort, in which we’re asking President Donald Trump to issue an executive order directing Pentagon officials to protect and uphold religious freedom in America’s military.

As more and more chaplains, service members, and veterans come under attack for their faith, an executive order from the Commander in Chief would send a powerful message that we need to embrace, not suppress, faith and religious freedom in the military.