TOP 4: Threats to Your Religious Liberty in 2018

Courtroom attacks in these four areas threaten your religious freedom this upcoming year. 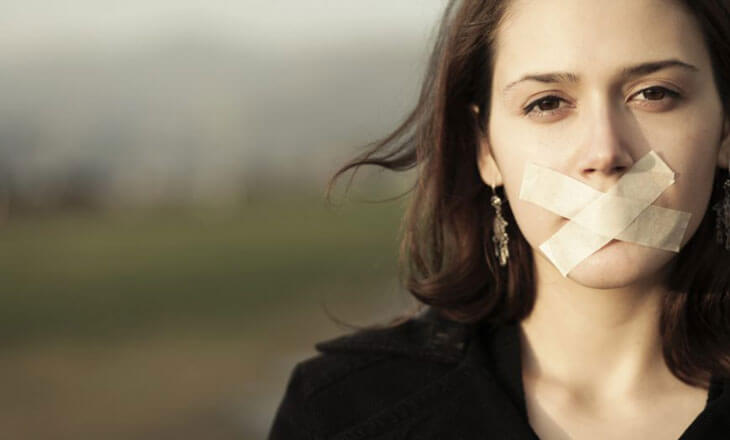 As 2017 closes, America finds itself at a tipping point, with the stakes for religious freedom at an all-time high. Not only will the results affect the religious rights of millions of citizens in the present era, they are likely to have a long and lasting impact on the religious liberty of future generations.

First Liberty’s team of attorneys and legal experts are staying a step ahead, identifying the critical challenges that need to be overcome. Listed below are the four most urgent dangers to religious liberty for the New Year.

1. PRAYER IS ON TRIAL

Unlike any other time in American history, people of faith are apprehensive and anxious that praying may land them in a world of trouble.

This is exactly what happened to high-school football coach Joe Kennedy, who was fired by Washington state school officials for taking a knee on the field after games in a 15-second, silent prayer. Coach Kennedy’s case is one step below the U.S. Supreme Court.

And in the opposite corner of the nation, a powerful Florida agency banned two Christian schools from using a stadium speaker system to pray before a championship game, even though this was common practice.

Each case is one step below the Supreme Court in an effort to overturn this serious threat to religious freedom. According to First Liberty attorneys, a positive outcome in these cases would set a precedent to preserve the religious freedom of millions of Americans.

2. MILITARY RELIGIOUS RIGHTS ARE ON TRIAL

In the past five years, First Liberty has helped turn around the prospect of religious freedom in the U.S. military by winning case after case. Despite that record, 2018 promises to be another test of whether religious freedom for our service members will continue to make its comeback.

For over a year, First Liberty has been locked in a legal battle with the U.S. military, fighting vigorously to restore the religious freedom of 33-year Air Force veteran, Oscar Rodriguez. Uniformed airmen in California forcibly removed Rodriguez from a private retirement ceremony on a military base, simply because he planned to say the word “God” in his speech.

Our lawyers are also involved in a major defense of two other high-ranking military officers: Colonel Leland Bohannon, being punished for his religious views, and Colonel Michael A. Madrid, whose religious views were misrepresented to hit him with a career-threatening punishment.

3. FREEDOM FOR RELIGION AT WORK IS ON TRIAL

In the modern day, business owners who exercise their religion and live according to their convictions risk losing everything. Misguided bureaucrats and anti-religion groups will continue to bully and coerce faith-based business owners to violate their religious beliefs. It is a trend that has been common in recent years, as more faith-based businesses are harshly punished and dragged into long, grueling legal battles.

Look no further than the case of Aaron and Melissa Klein. An Oregon state agency penalized their small, family-owned bakery $135,000 for politely declining—on religious grounds—to create a custom cake to help celebrate a same-sex marriage. If the bankrupting penalty were not enough, the government says it wants to “rehabilitate” their religious views. This is a case that First Liberty will fight all the way to the U.S. Supreme Court.

2018 will be a critical year for this pivotal case, as the result could affect millions of business owners around the country whose faith – and religious freedom – is under impending threat.

4. HOUSES OF WORSHIP ARE ON TRIAL

From coast to coast, houses of worship – and their members – are facing the threat of government telling them where they can minister, and even what they can do in their services. This includes cases involving local governments discriminating against churches, particularly through zoning laws or refusing to grant land-use permits.

Presently, First Liberty is representing a synagogue in Dallas fighting for its existence against zoning regulations.

On the west coast, First Liberty is in court fighting for Orthodox Jewish communities in Los Angeles sued by radical activists to prevent a millennium-old religious ceremony from taking place in various synagogues. A federal lawsuit is now one step below the U.S. Supreme Court.

Losing such cases would set catastrophic precedents for all houses of worship, as the government would establish the ability to control important aspects of the freedom of religious congregations of any faith.

RELIGIOUS FREEDOM ON TRIAL: WILL IT SURVIVE?

The American Civil Liberties Union, misguided government officials, and other anti-religion and radical groups are aggressively targeting religious freedom, relentlessly looking for ways to deprive Americans of their most fundamental First Amendment right.

The ACLU’s fundraising effort speaks for itself. This organization – with an annual budget of nearly $140 million – was able to raise $24 million in a single weekend this past year. Based on their track record, it is no secret that they will devote much of their finances to attacking religious liberty.

As the year ends, First Liberty—which has maintained a win rate of 90 percent of its legal matters—will rely on its insightful supporters to sustain its efforts against these “top four dangers” and others.

To help First Liberty Institute’s 2017 Year-End Fund Drive, with a goal of $1.25 million by December 31, simply go online to give a convenient, tax-deductible donation. Your gift will help First Liberty defend targets of hostility against religion at no charge—and counter the attempt to drive religious freedom from its role in America now and for the generation to come.