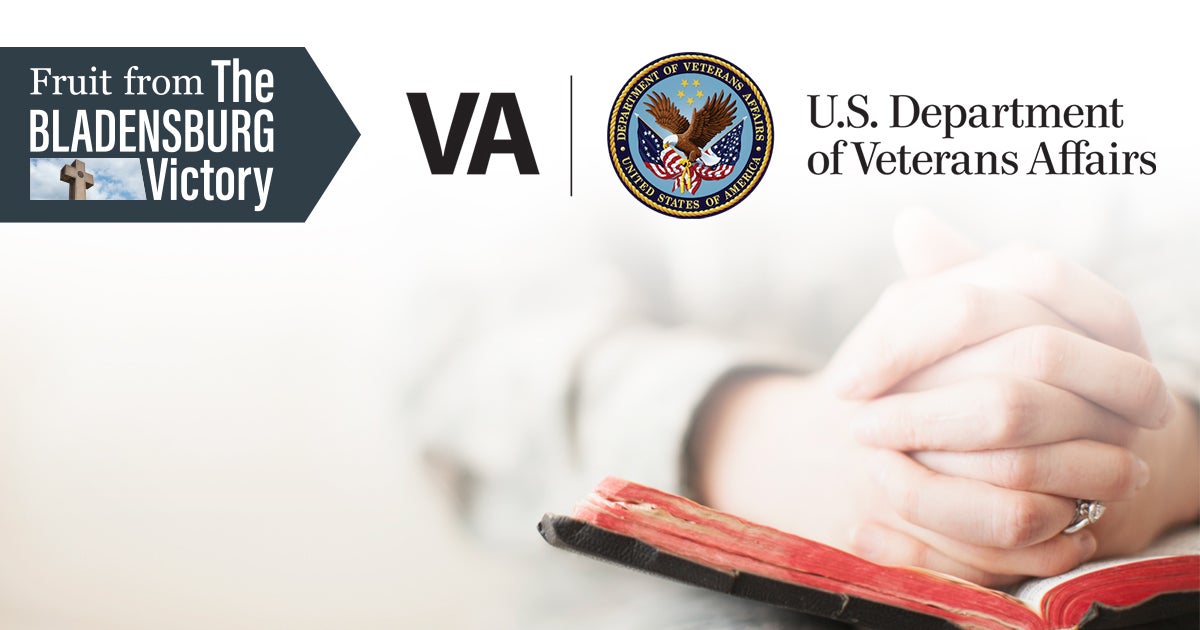 As an avid supporter of our military cases, I know that you are passionate about protecting religious liberty for America’s service members; those who sacrifice their health and well-being for our constitutional rights, including our freedom to live out our faith.

So, I wanted to quickly share with you my insight on a policy change the U.S. Department of Veterans Affairs (VA) recently put in place.

Many of you probably know by now that First Liberty played a critical role in the process of getting the VA to clarify its rules. Earlier this year, our legal team sent a letter to VA Secretary Robert Wilkie, urging him to issue a policy to allow all VA facilities to include a Bible in POW/MIA remembrance displays.

Thankfully, the VA granted our request and updated its policies to permit religious literature, symbols and displays across facilities nationwide.

But here’s something you may not realize.

In addition to our legal intervention, VA officials also relied on another important legal component when making their policy updates:

Only a matter of weeks after our historic victory at the High Court, the VA referenced the Bladensburg decision when it announced its new rules, stating:

For decades, our nation has maintained the sacred tradition of setting a separate table in countless VA facilities to honor and commemorate our nation’s Prisoners of War and those declared Missing in Action. Like veterans memorials and military gravestones with religious imagery, POW/MIA Remembrance displays have a long and cherished history in our country.

Thousands of veterans across the country take part in the longstanding practice of paying respect to their brothers and sisters – especially those who never came home or who were tortured in the hands of the enemy – with a physical display.

Many of them remember their fellow service members by including an element of their faith, be it a Bible, scriptural text or other religious symbols. It’s a way that military retirees and veterans organizations are able to represent the strength through faith necessary for American service members to survive.

You will consistently hear me say that faith and religious freedom are force multipliers in America’s armed forces – because when you’re being shot at by the enemy, it’s your faith that helps keep you and your unit going strong. Of course, I tell you that coming from my own personal experience as a combat veteran, as well as someone who’s fought for the rights of our nation’s heroes both as a military and a constitutional attorney.

In our present time, and throughout our nation’s history, America’s service members have overwhelmingly (over 70%) identified as people of faith. They turn to their religious beliefs for inspiration, strength and courage when they enlist for service, as well as for comfort and courage when in the trenches of war.

So, while the recent policy update is indeed a welcome breath of fresh air and a positive step for the first freedom of our nation’s veterans and their families, I see it as much more than that.

The VA’s action is a profound recognition that faith and religious freedom are inseparable from America’s military, and that the rich history of religious expression in our armed forces is something we must continue to protect.