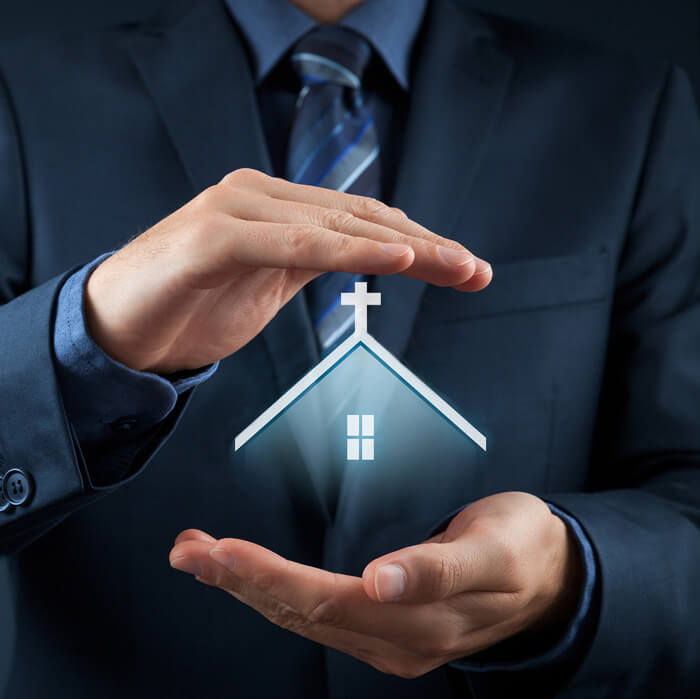 San Antonio Atheist Patrick Greene sued Pastor Rick Milby of Abundant Life Church in Corpus Christi, Texas earlier this year. The reason? Greene didn’t like the fact that Milby was planning to build a cross on the church’s own property.

“Mr. Greene has a track record of using baseless lawsuits to harass people over any expression of faith he doesn’t like,” Dys said. “In this case, he sued a pastor over a cross on church property that hasn’t even been built yet.”

Planned to stand 230 feet tall after completion, the cross will be the tallest in the nation. And since the cross will sit on private church property, there is nothing unconstitutional about it, First Liberty attorneys explain. 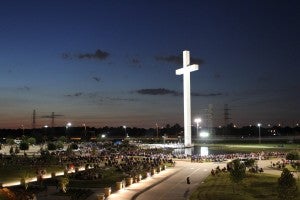 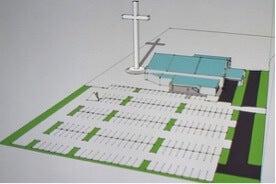 Pre-visualization of the Corpus Christi Cross

But it wasn’t the first time Greene had filed “baseless” lawsuits to quell expressions of faith.

In 2012 and 2013, Greene sued other Texas cities over their nativity scenes.

More recently, he threatened to sue Hood County, Texas because a pastor read the Bible in public on the National Day of Prayer.

Greene’s lawsuit against Pastor Milby over the cross officially ended with a court-approved settlement signed at a hearing on Tuesday, in which Greene agreed never to harass Milby with such baseless lawsuits in the future.

According to Dys, the outcome “should send a clear message to anti-religious freedom activists everywhere: if you abuse the legal system by suing people simply because you don’t like how they exercise their religion, there will be legal consequences.”

Milby first had the idea to build a cross on church property in June 2013, when he drove through Houston with his family on vacation and saw a tall white cross in the distance.

A few months later, Pastor Milby met with leaders at Sagemont Church in Houston to learn about the cross he had seen, how they built it, and why.

What followed was “story after story about lives that were changed, suicides that were aborted, and relationships that were restored because of the influence of the cross,” Milby said.

Inspired by the Sagemont Cross, Milby set out to construct something similar on his church’s property in Corpus Christi. Together with members of Abundant Life Fellowship, Milby began working to build the cross on church-owned property along Interstate 37, directly across the street from a veterans cemetery. Once completed it will stand at 230 feet—the tallest cross in America.

On behalf of Pastor Milby and Abundant Life Fellowship, First Liberty filed a motion to dismiss the complaint on Monday, March 21, seeking sanctions against Greene for abusing the legal system by filing such a baseless lawsuit.

Shortly after First Liberty filed its motion, Greene attempted to remove himself from the case by filing a nonsuit. However, since First Liberty filed the motion to dismiss under the Texas Citizens Participation Act (TCPA), the law required that a hearing be held within 90 days.

Greene reacted by sending profanity-laced emails to First Liberty staff members protesting any legal response to his litigation—even threatening more lawsuits against Milby if his demands were not met. Read the redacted emails.

A court hearing was held on May 24, 2016 at the District Court of Nueces County. During the hearing, Greene entered into to a court-approved settlement agreement, dropping all claims against Pastor Milby. Read the final court order.

As a part of the settlement, he entered into a “covenant not to sue,” agreeing to cease filing meritless lawsuits over the free exercise of religion.

Though the U.S. Constitution and other religious liberty laws provide extensive protections for churches and other houses of worship, congregations often find themselves at the center of a lawsuit.

Attorneys at First Liberty are committed to defending churches and houses of worship, just as they defend the congregations above, and just like they defended Abundant Life Fellowship and Pastor Milby in their plans to build America’s tallest cross. (Read more about the case.)

To learn more about the religious liberty rights of churches and other houses of worship, download First Liberty’s free Religious Liberty Protection Kit for Churches.