Court upholds cheerleaders’ religious freedom rights after school district—challenged by FFRF and supported by the ACLU—had claimed the right to censor scripture verses on cheer banners. 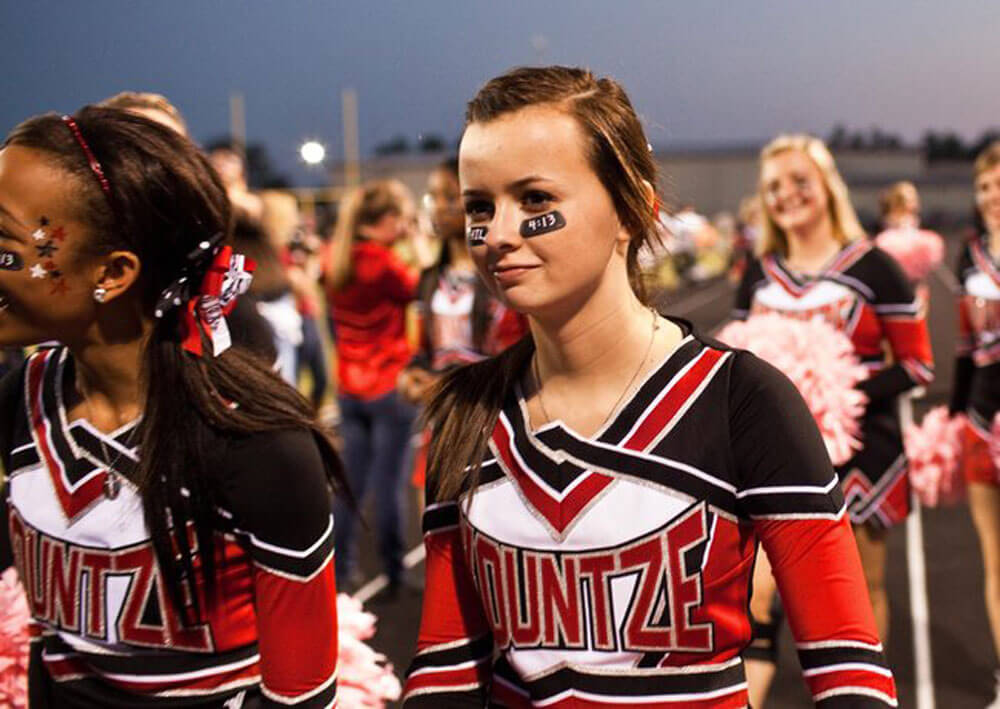 In yet another win and precedent for private speech protected by the First Amendment, the Texas Court of Appeals for the Ninth District last week ruled in favor of the Kountze, TX cheerleaders who were banned from including Bible verses on run-through banners at football games. The school district prohibited the banners after receiving a demand letter from the Freedom From Religion Foundation (FFRF), and was also supported by the American Civil Liberties Union (ACLU).

“This is another great victory for the free speech and religious liberty rights of all Texas students,” Kelly Shackelford, President and CEO of First Liberty Institute, stated in a press release. “Hopefully this ruling will bring clarity and closure to this issue for all Texas students and schools.”

“We are pleased that once again religious liberty is vindicated and that cheerleaders across the state of Texas have the right to have religious messages on banners at high school football games,” stated Hiram Sasser, General Counsel to First Liberty. “No school district should be able to censor, ban, or claim ownership of the private religious speech of its students.”

The case began back in 2012, when cheerleaders in Kountze, Texas, decided to paint Bible verses on run-through banners for football games. The Wisconsin-based FFRF, however, caught wind of what the cheerleaders were doing and sent a letter to the school district. The Kountze ISD responded by banning the cheerleaders from painting the verses on the banners.

The cheerleaders decided to stand up for their religious freedom rights. First Liberty and volunteer attorney David Starnes filed a lawsuit on their behalf and won at the district court level.

U.S. Senators Ted Cruz and John Cornyn filed an amicus brief in support of the cheerleaders, and so did Texas Attorney General Ken Paxton.

VICTORY FOR THE CHEERLEADERS

In his opinion, Justice Charles Kreger of the Ninth District wrote that “the Cheerleaders’ speech…is best characterized as the pure private speech of the students.”

“All these cheerleaders have ever wanted is the opportunity to cheer on their classmates with a message of their own choosing and their own faith,” David Starnes stated in the press release issued the same day as the ruling. “Today’s decision provides just that opportunity.”

In the “Candy Cane Case,” the U.S. Court of Appeals for the Fifth Circuit upheld the religious freedom rights of elementary students banned by school officials from giving religiously-themed gifts at Christmastime. Justice Kreger included several quotes from Morgan v. Swanson in his analysis of the Kountze case.

STUDENTS HAVE CONSTITUTIONAL RIGHTS AT SCHOOL

As U.S. Supreme Court Justice Abe Fortas wrote in his famous Tinker v. Des Moines Independent Community School District (1969) opinion, “It can hardly be argued that either students or teachers shed their constitutional rights to freedom of speech or expression at the schoolhouse gate.”

First Liberty Institute is committed to protecting religious freedom in the sphere of education and has successfully represented clients from elementary school to the university level. For more information about religious liberty in the public schools, download First Liberty’s free Religious Liberty Protection Kit for Students and Teachers.