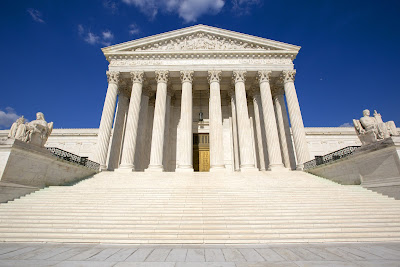 What does a room filled with some of the most powerful lawyers in America have to do with the future of religious freedom in America?

Every fall at Morton’s Steakhouse in Washington, D.C., during a national convention of America’s best attorneys, Liberty Institute hosts a breakfast to present its work to these elite attorneys. Last year, 108 attorneys attended.

This year Liberty Institute hoped for 150 to attend. But 226 came.

The room included a former U.S. Attorney General, a state attorney general, current and former U.S. and state solicitors general, former high level government officials, prominent judges, and partners and senior attorneys from the biggest and most powerful law firms in the world.

And their response to Liberty Institute’s presentation? Overwhelmingly positive, with many asking to be added to Liberty’s volunteer team so that they could work on religious freedom cases—protecting religious liberty for all Americans!

THE BEST LAWYERS, THE MOST IMPORTANT FREEDOM

“These top lawyers fully grasp the growing peril to religious liberty in our country,” stated Kelly Shackelford, President, CEO & Chief Counsel of Liberty Institute, “and they are excited by the opportunity of our strategy to defend it. This is more validation of the our unique strategy of tapping into the best attorneys in America to defend the most important freedom in our Constitution: religious freedom.”

He summed up, “In short, we have set the stage to expand our national network of volunteer elite litigators from the best law firms in the world and win more game-changing cases. “

The network is the key to Liberty Institute’s over 90 percent win rate.

Liberty Institute adheres to a unique volunteer attorney model that ensures its significant 90% victory rate. Wherever a case occurs, Liberty Institute has “home field advantage” by unleashing that area’s most high-level attorneys from the best firms in the country to defend our clients.  This enables Liberty Institute to represent victims of religious discrimination, usually with limited resources, at no charge. It’s a breakthrough innovation, unique among legal defense groups.

“We’ve got the best of both worlds,” said Jeff Mateer, General Counsel for Liberty Institute, who was once a volunteer attorney for the organization and a leading corporate attorney. “Providentially, we’ve been able to harness elite attorneys in the best firms across the country, including specialists in their fields. It’s like having a team of skilled heart or brain surgeons at our disposal.” 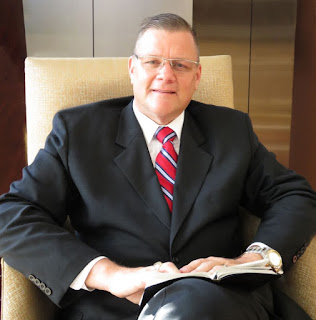 For example, the major case of U.S. Navy Chaplain Wes Modder was won in 2015 in part because Liberty Institute teamed one of the country’s top attorneys in military law, staff lawyer Mike Berry (Director of Military Affairs for Liberty Institute) with the volunteer firm of WilmerHale, one of the most prestigious firms in the world.  Modder was relieved of duty and threatened with dishonorable discharge because he counseled sailors with a biblical view of marriage and sexuality. Instead of being thrown out of the Navy, however, Modder won a complete exoneration and is in line for a promotion.

The victory was a major breakthrough in the struggle to defend and restore religious liberty in the U.S. military, which—before a string of Liberty Institute victories—many observers had given up as a lost cause.

The kind of legal firepower that won for Wes Modder will result in other precedent-setting victories that can change the legal landscape in favor of religious freedom. And 2016 will be pivotal to religious liberty’s future.

That vision of more cases and more victories is why Liberty Institute launched a 2015 Year-End Fund Drive to raise $3.2 Million in a little over a month in the last weeks of the year.

We still need your help this year! Liberty Institute needs to keep on track with our budget projections. Generous friends have been helping all month to meet the $3.2 million goal we started with at the beginning of the month. But we still need approximately $1.6 million by midnight, December 31. 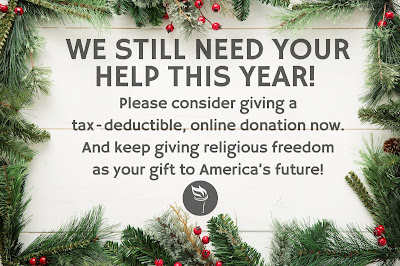 MERRY CHRISTMAS, AMERICA! Here are the Gifts of Freedom You Gave Your Fellow Americans in 2015