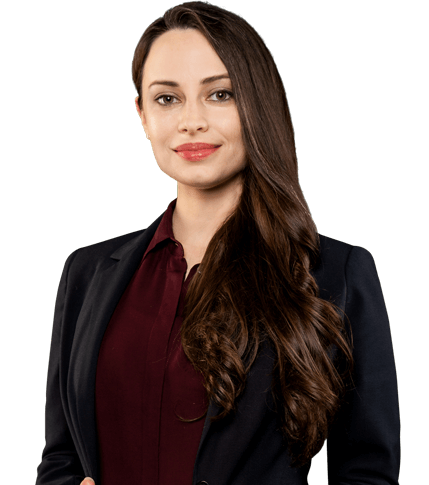 While at First Liberty, her article on the rights of faith-based organizations under Title VII of the Civil Rights Act of 1964 has been published in the Texas Review of Law and Politics. She has also authored pieces published in National Review, the Daily Signal, the Washington Times, the Des Moines Register, and the New York Daily News. In 2017, Taub was named one of 15 recipients of the James Wilson Fellowship in natural law.

Before joining First Liberty, Taub worked as a law clerk to the Honorable Reed O’Connor in the U.S. District Court of the Northern District of Texas.

Taub is a Harvard Law School graduate in the class of 2014 and a Blackstone Fellow in the class of 2012. During law school, she served as Co-President of the HLS Christian Fellowship and Managing Technical Editor of the Harvard Human Rights Journal. Taub spent her law school summers defending religious liberty in public interest law firms and clerking in the Texas Office of Solicitor General.

A native of Southern California, Taub is a member of the California State Bar.

By Stephanie Taub, Senior Counsel at First Liberty On Sept. 7, the U.S. Court of Appeals for the Third Circuit heard oral arguments over whether the Lehigh County seal is constitutional. Attorneys representing the county argued that the seal is constitutional and need not be censored simply because it contains religious imagery. They are absolutelyRead full article »

By Stephanie Taub, Senior Counsel of First Liberty Institute Thanks to the U.S. Department of Labor’s (DOL) Office of Federal Contract Compliance Programs, the federal government clarified that it is free to work with whichever organization is best able to achieve the government’s goals, providing optimal services to those in need. The guidelines, recently issuedRead full article »

By: Stephanie Taub, First Liberty Institute Senior Counsel. Originally published on The Washington Times on June 14, 2018. Seven justices of the U.S. Supreme Court recently agreed that the Colorado Civil Rights Commission was unconstitutionally biased against the religious beliefs of Jack Phillips, the owner of Masterpiece Cakeshop. This holding is a win for allRead full article »

May 2018 Opinion: Legislating Censorship in California

By: Stephanie Taub, First Liberty Institute Senior Counsel. Originally published in National Review on May 18, 2018. A bill in the state assembly would restrict access to information on marriage and human sexuality. People have a right to hear all sides of controversial issues and to decide for themselves what they want to believe. TheyRead full article »