Residents denied access to common use facilities for to Bible study 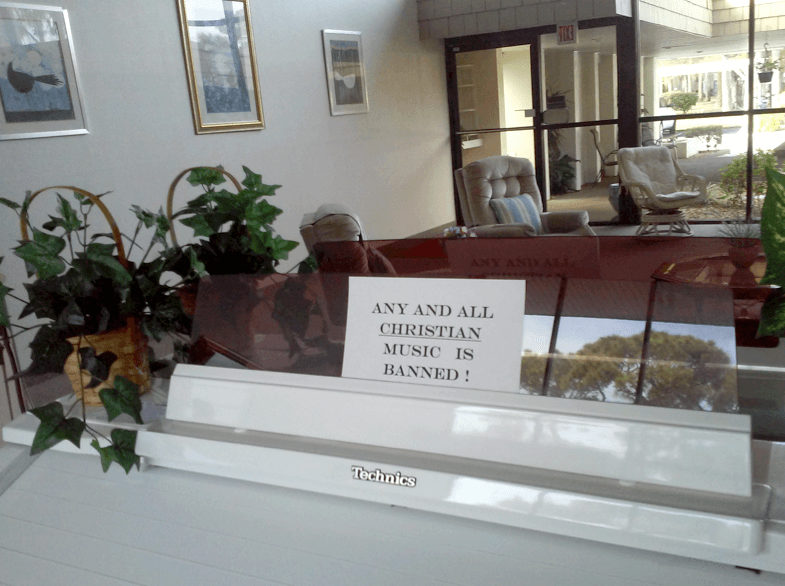 Port Charlotte, Florida—Attorneys with First Liberty Institute and Greenberg Traurig, P.A., today filed a complaint with the United States Department of Housing and Urban Development on behalf of residents at the Cambridge House Condominiums in Port Charlotte, Florida. Residents have been denied access to the community’s social room for meetings based on their religious content.

“The unequal treatment of citizens in the community simply out of hostility to religion violates federal law and the First Amendment,” said Lea Patterson, Judicial Fellow at First Liberty. “We are confident that Secretary Ben Carson and the Department of Housing and Urban Development will resolve this issue quickly.”

Mrs. Donna Dunbar is a lay minister in the Seventh Day Adventist Church and received the President’s Volunteer Service Award from President Obama for providing more than 4,000 volunteer hours establishing a soup kitchen in her local community. For nearly a year, Mrs. Dunbar held a small Bible study once a week in the Cambridge House social room.

On February 6, 2018 the Cambridge House Board, with no public notice, adopted a resolution providing that “Prayers and other religious services, observations, or meetings of any nature shall not occur … in or upon any of the common elements.” In addition, the Board demanded the removal of all religious items from the building’s premises, including a decorative angel fountain, and a statue of St. Francis of Assisi donated by a resident in memory of a deceased loved one. Someone even placed a sign on the community organ explaining that residents are also prohibited from playing “Christian” music on the instrument that was donated by a resident.

The complaint asks for HUD to investigate the matter and take all appropriate actions. Read the entire HUD complaint by clicking here.

Learn more about this case at FirstLiberty.org/Dunbar.