Senate confirms religious liberty champion to a seat on the U.S. Court of Appeals for the Fifth Circuit 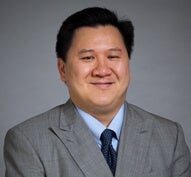 PLANO, TX—Today, the United States Senate voted to confirm James C. Ho to the United States Court of Appeals for the Fifth Circuit. Ho, regarded nationally as a pre-eminent appellate litigator and top conservative attorney, provided thousands of pro bono hours as a volunteer attorney with First Liberty Institute. The following statement may be attributed to Kelly Shackelford, President and CEO of First Liberty:

Ho argued his first appellate case as a volunteer attorney with First Liberty in Barr v. Sinton. He represented an African-American congregation in Holly Springs, Mississippi when the city banned the church from the town square in violation of the Religious Land Use and Institutionalized Persons Act. Along with First Liberty, he led efforts to defend cheerleaders in Kountze, Texas when school officials told them the Bible verses on their homemade run-through banners were illegal.

First Liberty works with top attorneys throughout the United States who volunteer their time to defend religious liberty for all Americans.