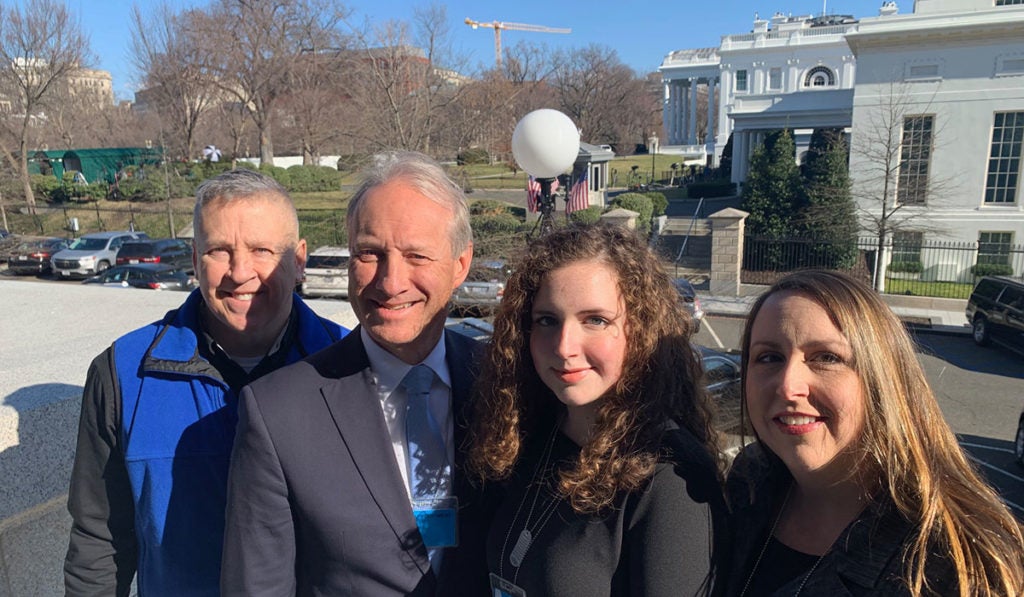 Washington, DC—First Liberty Institute President and Chief Counsel Kelly Shackelford, along with First Liberty clients Hannah Allen and Coach Joe Kennedy, joined President Trump in the Oval Office of the White House today to participate in the announcement of several actions by the Administration to protect religious freedom for all Americans, including critical updates to the U.S. Department of Education’s Guidelines on Constitutionally Protected Religious Expression in Public Elementary and Secondary Schools. The following statement may be attributed to Kelly Shackelford:

We commend President Trump for his strong efforts to protect America’s first freedom—religious freedom. These revisions to the Guidelines on Prayer and Religious Expression ensure that the religious liberty of students in public schools is protected. The religious freedom of America’s public school students and teachers does not stop at the schoolhouse gate. Today’s guidelines affirm that promise.

We are also grateful to the President for his actions today protecting the rights of Americans by ending religious discrimination by state and federal agencies. Religious Americans should be treated equally when they seek to partner with federal or state governments to provide services to vulnerable communities.

First Liberty successfully defended Hannah Allen’s right to pray with her friends during the lunch hour after school officials ordered her to stop praying. Coach Joe Kennedy was fired for praying briefly and silently following a game. His case went to the U.S. Supreme Court, and is now back at the district court in Tacoma, Washington. Kennedy is represented by First Liberty and Kirkland & Ellis LLP.