On Religious Freedom Day, we are celebrating a major victory for the rights of students, teachers, coaches and public employees who want to freely live out their faith in school.

Earlier this afternoon, our Chief Counsel, Kelly Shackelford, along with First Liberty clients Hannah Allen and Coach Joe Kennedy, joined President Trump in the Oval Office of the White House to participate in the announcement of several actions by the administration to protect religious freedom for all Americans.

The administration announced critical updates to the U.S. Department of Education’s Guidelines on Constitutionally Protected Religious Expression in Public Elementary and Secondary Schools.

In this exclusive video, watch as Hannah shares her story with the president, and recounts how First Liberty defended her constitutional right to pray with friends during lunch hour after she was ordered to stop and “go behind a curtain” by school officials.

As always, we want to thank you for being a loyal First Liberty supporter in our ongoing defense of religious freedom. Because of you, we are winning for Americans such as Hannah and Coach Joe.

The actions taken today are a sign of an incredible reclamation of religious and together we can help set up a bright future for religious freedom in our nation’s schools—for our children and grandchildren.

With your financial support, we can keep winning and reclaiming religious freedom for people of faith in America’s schools. 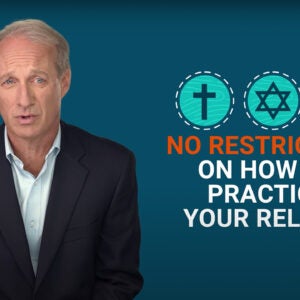 You Can’t Be Free Without This | Kelly Shackelford on PragerU

It wasn’t an accident that the First Amendment to the Constitution is about religious liberty. So, why was it so important to the Founders? And why should it be just as important to you? Kelly Shackelford recently sat down with PragerU to answer these essential questions. 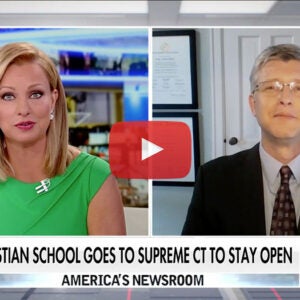 Religion Under Attack AGAIN in Kentucky