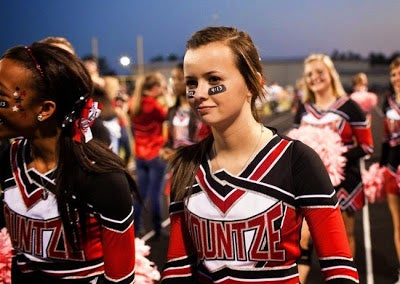 Beaumont, TX, September 29, 2017 — Late Thursday, the Court of Appeals for the Ninth District of Texas decided in favor of the Kountze Cheerleaders in the case of Matthews v. Kountze Independent School District. Lead counsel James C. Ho of Gibson, Dunn, and Crutcher, LLP, First Liberty Institute, and Beaumont attorney David Starnes represented the students after the Kountze Independent School District superintendent banned all religious banners from the high school football field starting in 2012. Senators Cornyn and Cruz filed an amicus brief in support of the cheerleaders in the Supreme Court of Texas, as did Texas Attorney General Ken Paxton.

Read the court’s opinion at FirstLiberty.org/Kountze.

“This is another great victory for the free speech and religious liberty rights of all Texas students,” Kelly Shackelford, president and CEO of First Liberty says. “Hopefully this ruling will bring clarity and closure to this issue for all Texas students and schools.”

The decision comes after the Texas Supreme Court voted 8-0 to reverse and remand the decision of the Court of Appeals for the Ninth District of Texas. On remand, the Ninth District concluded that schools cannot censor purely private speech, like the banners in question, just because a student chooses to display Bible verses or other appropriate religious language.

“We are pleased that once again religious liberty is vindicated and that cheerleaders across the state of Texas have the right to have religious messages on banners at high school football games,” says Hiram Sasser, General Counsel to First Liberty. “No school district should be able to censor, ban, or claim ownership of the private religious speech of its students.”

“All these cheerleaders have ever wanted is the opportunity to cheer on their classmates with a message of their own choosing and their own faith,” David Starnes says. “Today’s decision provides just that opportunity.”

For more on the history of this case, visit FirstLiberty.org/Kountze.