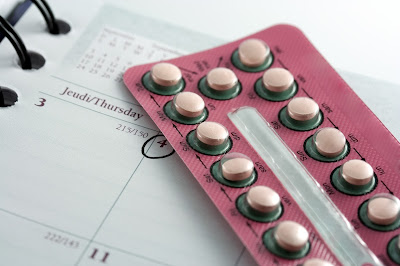 Last week, the United States Supreme Court granted certiorari — agreed to hear the case — for seven faith-based non-profit ministries who are seeking exemptions from the HHS (Abortion Pill) Mandate. As the Court reviews the background facts, reads the briefs, and prepares to hear oral arguments, the good work of countless faith-based non-profit ministries hangs in the balance, including Liberty Institute clients.

“The Supreme Court opinion will likely control the outcome in two pending HHS cases, Insight for Living Ministries in the Eastern District of Texas and Christian & Missionary Alliance ministries in the Middle District of Florida,” said Matthew Kacsmaryk, Deputy General Counsel at Liberty Institute. He continued,

“If the government prevails in arguing that the so-called accommodation is sufficient under RFRA, the longstanding American principle of conscientious objection will be reduced to a Paper Tiger: ‘just sign this paper and The Almighty Federal Government will absolve you of any moral complicity in the destruction of human life.’”

What’s at stake? Nothing less than the ability to conduct global outreach, to help more poverty-stricken children, to preach and teach the Bible to millions of people, to educate students, and much more.

If the Court rules against them, ministries would be faced with this choice: Either participate in a process you sincerely regard to be sin—or refuse to participate and pay massive fines that will hinder, or even cripple, your ability to conduct ministry.

The HHS Mandate is a portion of the Patient Protection and Affordable Care Act, also known as “Obamacare,” that requires group health insurance plans to provide coverage for FDA-approved abortifacient drugs or devices – for example, Plan B (the “day after pill”), Ella (the “week after pill”), and intrauterine devices (“IUD”) that prevent implantation of a fertilized egg.

The HHS Mandate exempts churches, church denominations, and church auxiliaries, but provides no exemption for faith-based ministries like the Little Sisters of the Poor, Insight For Living, or the Christian and Missionary Alliance retirement communities and colleges.

After considerable pressure, the Obama Administration offered ministries a so-called “accommodation” that purportedly absolves them of moral complicity: sign a form stating your religious objections and thereby authorize third-party administrators and federal bureaucrats to dispense the abortion-inducing drugs or devices to your employees.  Whatever the plan type, employees are guaranteed to receive the FDA and ACA-approved abortifacients.

Ministries rejected it. As they saw it, they were not relieved of moral complicity. The government’s offer of “accommodation” still entangled them; still required them to facilitate the provision of drugs their faith told them would kill an innocent human being.

The 1993 federal Religious Freedom Restoration Act (RFRA) states that the government “shall not substantially burden a person’s exercise of religion” unless the government has a compelling reason to do so and the government is seeking to do it the only way it can be done.  The Obama Department of Health and Human Services (HHS), which administers ObamaCare, argues that offering the abortion pill “accommodation” removes that burden.

“The Supreme Court must determine,” explains Kacsmaryk, “if the so-called ‘accommodation’ adequately offsets the ‘substantial burden’ imposed on religious plaintiffs who sincerely believe that the HHS mandate violates the tenets of their faith by forcing them to formally and materially cooperate in the dispensation of abortion-inducing drugs and devices.”

WHO DOES “THE DIRTY WORK?”

He says, “Citing scripture and millennia-old religious teachings in Catholic, Protestant, Evangelical, and Jewish traditions, religious plaintiffs all argue that the ‘substantial burden’ is not remedied by an HHS ‘accommodation’ that adds a piece of paper and a signature block to the process of dispensing abortion-inducing drugs and devices: ‘Sign here and the Affordable Care Act and HHS bureaucrats will do the dirty work.’”

“Though their reasons reflect different faith-distinctive language — Catholic, Protestant, Evangelical, Jewish — all religious plaintiffs agree,” says Kacsmaryk “that the HHS ‘accommodation’ does not absolve them of moral complicityand therefore does not lessen the ‘substantial burden’ imposed.”

BUT WHAT ABOUT HOBBY LOBBY v. BURWELL?

In Hobby Lobby v. Burwell, the Supreme Court ruled in favor of Hobby Lobby Stores, Inc.—establishing that religiously affiliated, family-owned businesses could not be forced to violate their beliefs by complying with the HHS Mandate and providing certain kinds of contraception to their employees. It was a substantial victory for religious freedom.

The decision was limited to the protection of for-profit businesses, however, leaving non-profit ministries—which fall neither within the exempted church category nor the Hobby Lobbyprecedent—completely vulnerable to legal attack.

Since Obamacare became law, hundreds of non-profit faith-based ministries have brought their cases before court, hoping to preserve the same type of sincerely held religious beliefs as family-owned businesses under the Hobby Lobby decision. But several federal appellate courts ruled against them.

In September 2015, however, the United States Court of Appeals for the Eighth Circuit  shook things up, rejecting the government’s arguments and holding that faith-based non-profit ministries cannot be forced to provide abortion-inducing drugs in violation to their sincere religious beliefs. It was the first Court of Appeals to rule in favor of the faith-based non-profit ministries.

This “circuit split” has prompted the Supreme Court to grant certiorari in several prominent HHS cases, it is now more likely that the Court will rule favorably for faith-based non-profits.

This ongoing issue—and the Supreme Court’s decision to review these cases—matter for several reasons.

First, the positive impact and reach of religious non-profit ministries defies measurement. Consider the clients of Liberty Institute alone, who, though not plaintiffs in the cases currently before the Supreme Court for review, will be directly affected by the decision:

There are dozens more non-profit, faith-based ministries that are currently waiting on the Supreme Court to decide the legality of the HHS Mandate and to determine if they will be permitted to freely exercise their sincere religious beliefs—beliefs that say it is morally and ethically wrong to participate in the termination of unborn human life. Should the federal government prevail in this battle, religious non-profit ministries all around America will be affected, and their impactful work compromised.

Finally, by limiting exemptions to the HHS mandate to churches, church denominations, and church auxiliaries, the federal government is attempting to limit the exercise of religious beliefs to the four walls of church buildings—rather than allowing Americans “the free exercise” of their faith in all areas of life.

THE BATTLE IS NOT OVER

The question of religious non-profits’ religious rights is not yet decided. Non-profit ministry leaders, pro-life advocates, and religious liberty supporters have reason to hope that soon, both family-owned businesses and non-profit ministries may be exempt from the HHS Mandate.