THE MEMORIAL’S STORY
IN THE NEWS
VIDEO
SIGN THE PETITION

A century ago, thousands of American service members paid the ultimate price fighting for freedom in World War I, the “great war to end all wars.” Among those, were the “Fallen 49” heroes of Prince George’s County, located just outside of Washington, D.C.

In the aftermath of this horrific conflict, 10 Gold Star Mothers, led by Martha Redman and Mrs. WilliamFarmer, began their earnest mission to build nation’s first WWI veterans memorial to honor their sons’ sacrifice. To them, the Bladensburg memorial was and IS their sons’ “grave stone,” as many never made it back from overseas.

Shortly after the project began, returning veterans of the war  – members of the local American Legion post – worked arduously to complete the Bladensburg WWI Veterans Memorial, which was accomplished in 1925.

Today, this proud symbol of sacrifice stands at the intersection of the National Defense Highway, nearest to Washington, D.C. and just 26 miles from Annapolis. On its base, a bronze plaque lists the names of the 49 fallen heroes, along with the dates 1917 and 1918, and the inscription: This Memorial Cross Dedicated To The Heroes of Prince George’s County Who Gave Their Lives In The Great War For The Liberty Of The World.

Above the plaque, at the heart of the memorial’s base, four words pay tribute to these “Boys of Bladensburg,” who gave their last full measure: Valor, Endurance, Courage, Devotion. These words pay tribute to the men it honors, like Medal of Honor recipient, Henry L. Hulbert; George B. Farmer, the first boy to fall from Prince George’s County; and, William F. Redman, the first fallen Navy man from the county.

A brightly colored image of The American Legion emblem is emblazoned on the memorial on both sides of the intersection of the cross shape.

Incredibly, the Bladensburg Veterans Memorial – built with private funds on private land –is being targeted by a radical humanist group hell-bent on its destruction.  They want its arms chopped off or the memorial—this gravestone—bulldozed.  Whatever it takes to rid this scourge from public view.

But this is only the beginning.

If this radical group has their way, veterans memorials across the country with religious imagery will be a target, including those right down the road in Arlington National Cemetery, such as the Tomb of the UnknownSoldier, the Argonne Peace Cross and the Canadian Cross of Sacrifice.

Memorials are living reminders of our country’s history and the cost of war, especially because we forget what we do not see. Gold-Star mothers and The American Legion who erected this gravestone to the 49 sons of Prince George’s County knew that we would forget the service of their sons and husbands unless the living honored their sacrifice.

Read more about the case.

The “Lost Boy” of Bladensburg

In this special feature, learn more about the life, family, and the courageous sacrifice of Essell Maxwell, one of the 49 fallen American heroes from Prince George’s County whose name is engraved on the Bladensburg WWI Veterans Memorial.

The Last Memorial Day? Why The Bladensburg Memorial Cannot Be The First To Fall

In this article from Memorial Day, we show why the Bladensburg Memorial cannot be the first to fall. To the families of these 49 men who died giving the ultimate sacrifice, September 28, 1919 was their “Memorial” Day. 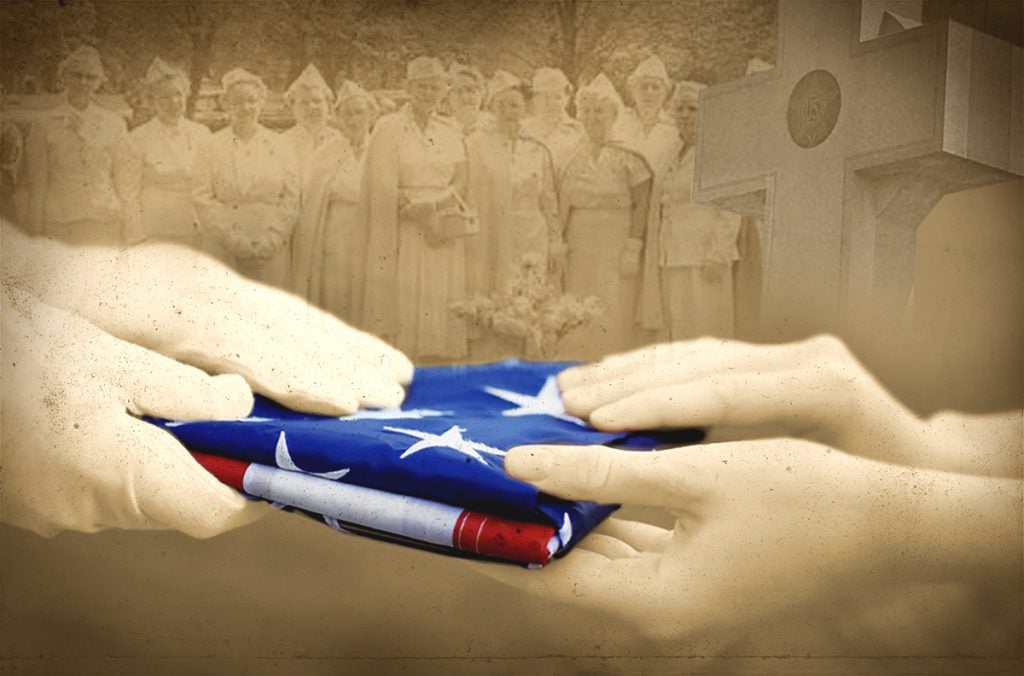 In this special Liberty Watch edition, we pay tribute to the gold-star mothers of the fallen heroes of Prince George’s County who gallantly served their country and stood to defend the cause of democracy and the God-given right to freedom. 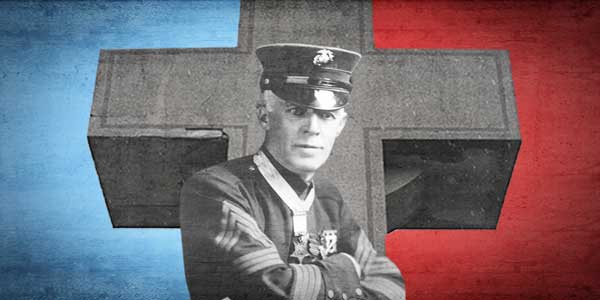 100 years later, we have not forgotten the sacrifice of the 49 Brothers of Bladensburg. In this first excerpt of an exclusive on-going series, we remember one of the most decorated military heroes of all time, U.S. Marine, First Lt. Henry Hulbert.

Washington Post, “The Peace Cross should be allowed to stand” Editorial, October 22, 2017.

In Flanders Fields: A Stirring Tribute
to the Boys of Bladensburg 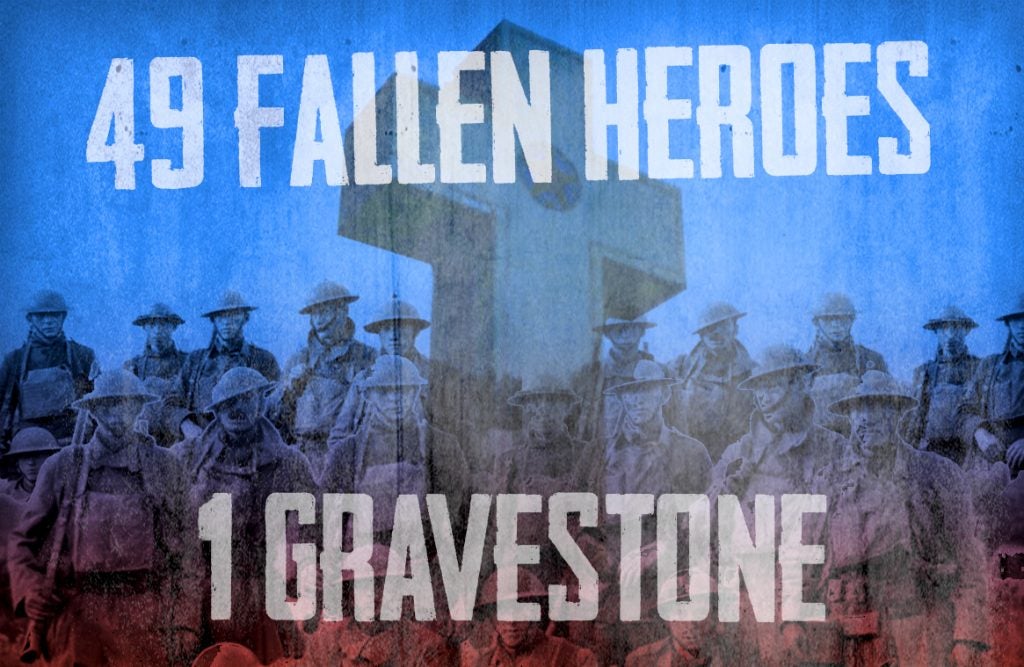 The dead cannot speak for themselves. The Bladensburg WWI Veterans Memorial, which broke-ground in 1919, was the first post-war veterans memorial to honor the valor, courage, endurance and sacrifice of 49 fallen American heroes – the Boys of Bladensburg –immediately following this “great war to end all wars.”

Today, nearly a century after these young men gave their last full measure for our country, they now meet the enemy again. Only this time, it’s right here on our home soil.

Unimaginably, a radical humanist group is fixated on seeing this veterans memorial destroyed. Whether it is by having the arms cut off or the site bulldozed – this group will do whatever it takes to rid the public scourge they say this gravestone represents.

If this radical group has their way, veterans memorials across the country that symbolize sacrifice will be a target, including those right down the road in Arlington National Cemetery, such as the Tomb of the UnknownSoldier, the Argonne Peace Cross and the Canadian Cross of Sacrifice.

That’s why we must stand for the Bladensburg WWI Veterans Memorial. That’s why 10 Gold Star Mothers began in earnest to build this memorial in 1919. And why the returning veterans of The American Legion helped complete its construction in 1925.

That’s why we need YOU to join First Liberty in the fight, as we are taking this case all the way to the Supreme Court of the United States.

By signing this petition, you are making the powerful statement that our veterans matter. That their blood and sacrifice is significant. That they will never be forgotten.

Stop The Desecration of
The Bladensburg WWI Veterans Memorial

To The American Legion:

As a grateful citizen, I support your effort to honor those who have fallen in battle and to keep the Bladensburg WWI Veterans Memorial standing as a visible reminder of valor, sacrifice, endurance, and devotion.

Veterans memorials like the one in Bladensburg, MD are symbols reminding us of the sacrifice of our service members and the cost of war. Tearing down the Bladensburg Memorial would erase the memory of the 49 fallen heroes of Prince George’s County—like they never even existed.

We cannot allow the Bladensburg Memorial to be bulldozed.

Please know that you have my support and backing in your petition to the U.S. Supreme Court.