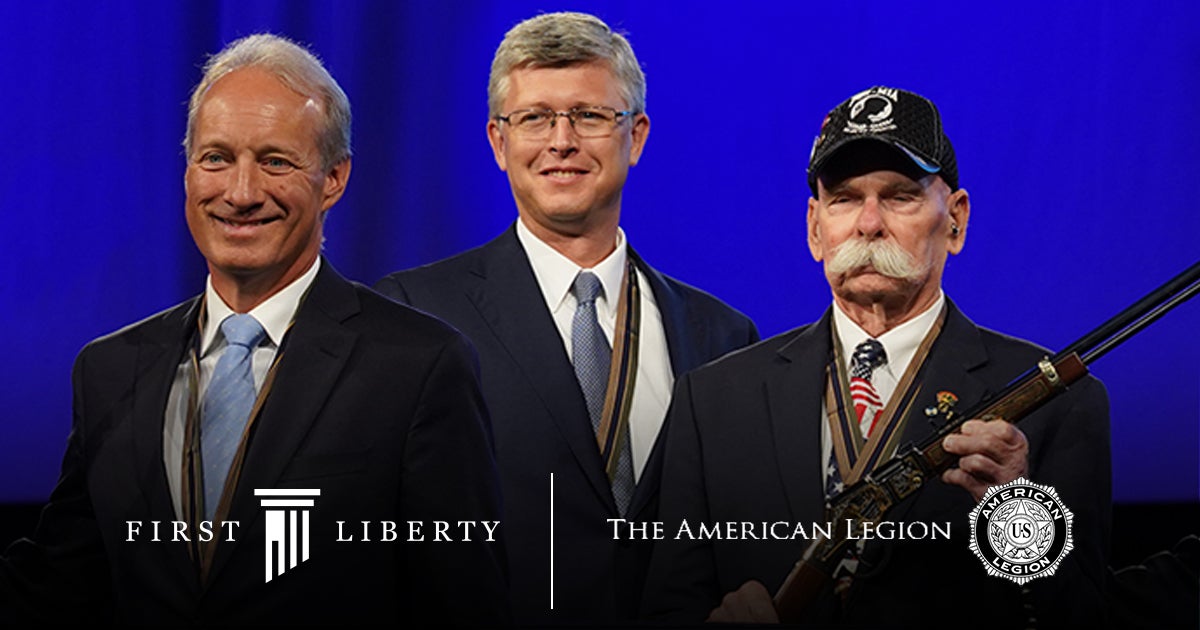 Each year at The American Legion’s National Convention, First Liberty Institute bestows the Philip B. Onderdonk Jr. Religious Liberty Award to one exceptional individual for his or her efforts to defend religious liberty.

This year, First Liberty is proud to present the 2021 Onderdonk Religious Liberty Award to the Northeast POW/MIA Network.

The Onderdonk Award was first introduced in 2015, named after Philip B. Onderdonk Jr, long-time National Judge Advocate of The American Legion. Past honorees also include:

You’ll recall that First Liberty is currently defending the Northeast POW/MIA Network in a critical case involving a Remembrance Display at the at the Manchester (NH) Veterans Affairs Medical Center. In an affront to the religious liberty of our nation’s veterans, an outside group filed a lawsuit demanding that a Bible—donated by a WWII veteran—be removed from the POW/MIA Remembrance Table.

For over two years since the lawsuit began, the Northeast POW/MIA Network has stood strong and remained committed to protecting religious liberty for veterans.

It’s First Liberty honor to recognize this veterans’ organization for its ongoing effort and persistence, and they deserve to join the list of prestigious recipients who’ve also been steadfast defenders of America’s First Freedom.

Because of their incredible sacrifice to our country and their defense of our freedoms, First Liberty is proud to stand with America’s veterans.

Service men and women deserve to express their First Amendment rights without fear of repercussion. As former Vice President Mike Pence stated, VA hospitals must “make room for the spiritual needs of veterans” as well as their physical needs. In honoring the POW/MIA Network we hope to send a signal to anti-religious groups that those who offer the ultimate sacrifice deserve their first freedom.

Our commitment to defend religious liberty in our nation’s military isn’t just limited to our defense of the Northeast POW/MIA Network.

For over a decade, First Liberty and The American Legion have collaborated multiple times to help defend the constitutional liberties of our military service members. And our partnership has led to several landmark victories for religious freedom, including wins in these five important cases:

At First Liberty, we consider it an honor to continue granting the Onderdonk Award in conjunction with one of the most distinguished veterans organizations in the country. Thanks to the successful combination of First Liberty Institute and The American Legion, we’re helping secure and restore religious liberty for thousands of military service members and veterans.

Today, we congratulate the Northeast POW/MIA Network for being a key part of this critical mission: To fight for religious freedom for all Americans, especially for the men and women who selflessly serve and sacrifice their lives to defend our First Amendment rights.