Insider News and Updates That You Need To Know 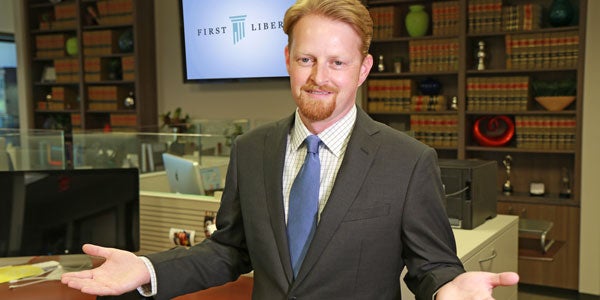 In the last week, every major news outlet in America alternated their coverage between Kavanaugh and the Department of Justice report and subsequent hearings on Russian collusion. With the nation’s attention focused squarely on these topics, there were some other news stories you probably didn’t notice. But don’t worry, I’ve got you covered.

Here, in no particular order are some other important recent stories, in case you missed them…

From Around the Country

From Alaska – The Anchorage Equal Rights Commission is seeking to penalize the Downtown Hope Center, a religiously affiliated shelter for homeless and battered women because it refused to admit a man who identifies as a woman. When the attorney for the shelter answered questions about the case from the media, the Commission tried to bring charges against the attorney. First Liberty now represents the attorney because if an attorney cannot defend his client’s religious liberty, who can? Read more about the case here.

Interestingly, Alaska was just ranked dead last, 50th out of 50, worst state for business in America by CNBC. Here’s a hint to improve the business climate – don’t bring baseless charges against people for doing their jobs.

From Nebraska – The Village of Walthill, Nebraska whose quaint downtown area would remind you of any town in Middle-America (if your idea of any town in Middle America includes collapsed buildings, crumbling infrastructure, and a general lack of hope) is denying building permits to prevent a church from renovating property it purchased to accommodate the growth of the congregation and revitalize the community. First Liberty now represents the church, Light of the World Gospel Ministries. Read more about the case here.

This has the potential to be a feel good story the likes of which Frank Capra would envy if the Village officials would abandon their blatant discrimination against Light of the World Gospel Ministries. If not, their best bet at economic development would be to market the Village as the setting for the next post apocalyptic zombie disaster film because John Mellencamp videos just don’t pay what they used to.

Reed Smith, an honors graduate of the University of Florida, joins First Liberty as Counsel. Previously, Reed represented Fortune 500 companies in commercial and intellectual property matters at both the trial and appellate levels. He also interned for the U.S. Department of Justice’s Special Counsel for Religious Discrimination. Read his full bio here.

In Washington, D.C., Executive Director for Advocacy, Benjamin Bull served as an expert panelist at recent Heritage Foundation event, How To Protect International Religious Freedom From the Politicalization of Human Rights, co-sponsored by Concerned Women For America. The panel discussed how robust protection of religious freedom will ultimately lead to economic prosperity and why natural rights are best protected when they are protected for all, not for members of particular identity groups.

“In Case You Missed It” is brought to you by First Liberty’s Director of Community Relations, Lathan Watts.