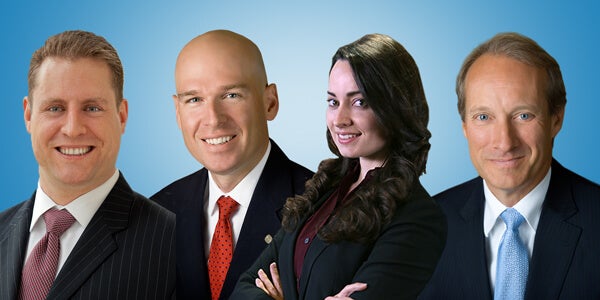 First Liberty attorneys continue to offer expert legal insight on many of today’s breaking religious liberty news stories and cases. Catch up with the conversations that are happening right now in the national media.

President Trump’s announcement of Brett Kavanaugh as his nominee to replace Justice Anthony Kennedy on the Supreme Court of the United States is directly in line with the president’s record thus far of selecting nominees who have demonstrated strict adherence to the Constitution.
While campaigning for president, Donald Trump promised the American people he would appoint judges who were independent, fair minded, and committed to upholding the Constitution.

Post-election analysis in 2016 revealed that the issue of replacing the late Justice Antonin Scalia was the deciding factor in voting for Trump for millions of Americans.

The nomination and confirmation of Neil Gorsuch to the Supreme Court was the first in a series of judicial appointments by President Trump fulfilling the promise of candidate Trump.

In Bladensburg, secularists’ attempt to raze a cross is also an effort to erase a memory

The names of 49 heroes are etched on the plaque of the Bladensburg World War I Veterans Memorial—erected by Gold Star mothers and the local post of The American Legion. For nearly 100 years, it has stood in honor of 49 men of Prince George’s County, Maryland, who gave their lives fighting for freedom in WWI.

Their stories are worth remembering. Yet, if some secularists get their way, this surrogate gravestone for those 49 heroes and others like it could soon be bulldozed. First Liberty Institute represents The American Legion and has asked the Supreme Court of the United States to protect this memorial.

Though it has stood at the entrance to the National Defense Highway for nearly a century, the United States Court of Appeals for the 4th Circuit recently determined that the memorial is unlawful. The court determined that, because of its cross-shape—the design Gold Star mothers and The American Legion used to recall the battlefield grave markers of Europe under which their sons had been buried—and its placement on land acquired by the state of Maryland, it violates the Establishment Clause of the First Amendment.

Protecting all Americans from anti-religious hostility

Seven justices of the U.S. Supreme Court recently agreed that the Colorado Civil Rights Commission was unconstitutionally biased against the religious beliefs of Jack Phillips, the owner of Masterpiece Cakeshop.

This holding is a win for all Americans who believe that they have a right to the fair administration of the law, without hostility toward their religious beliefs and without being the victim of a legal double standard.

According to the court, the commission showed its anti-religious bias against Mr. Phillips in at least two ways. First, one commissioner — supposedly a neutral, unbiased judge in the case — made multiple comments disparaging Mr. Phillips‘ religious beliefs.

By Ken Klukowski, Senior Counsel and Director of Strategic Affairs at First Liberty. Originally published on The Hill on June 8, 2018.

The Religious Freedom Restoration Act (RFRA) protects people of faith. Democrats in the House and Senate are pushing the Do Not Harm Act that would strip away the rights of millions of Americans who, because of their faith, are pro-life or support traditional marriage, making this an election issue for 2018.

More than 100 House Democrats have signed onto H.R. 3222, the misleadingly named “Do No Harm Act”. A dozen senators — including likely presidential hopefuls Sens. Elizabeth Warren (D-Mass.), Kamala Harris (D-Calif.), and Bernie Sanders (I-Vt.) —have introduced this measure which would strip away RFRA faith-based rights pertaining to abortion, LGBT issues, and marriage.

The First Amendment to the Constitution provides multiple protections for religious freedom. The Free Speech Clause protects the right to express beliefs and opinions, including religious ones. The Free Exercise Clause protects living your life according to the teachings of your faith.