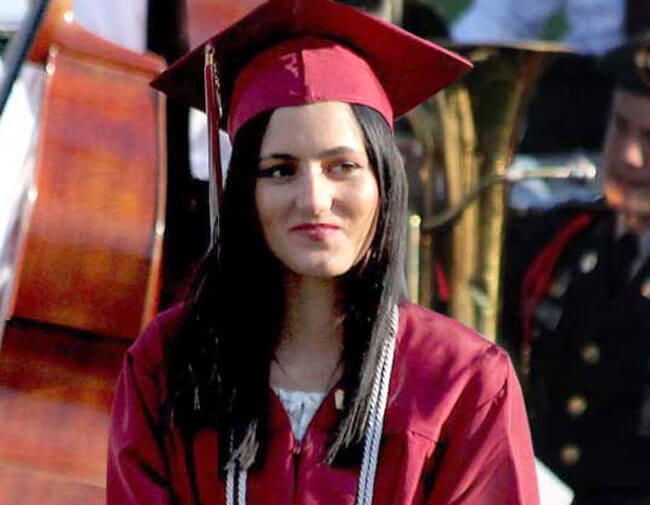 Restoring religious liberty in America’s schools is still within reach. Less than six months after sending a demand letter, First Liberty secured a resounding victory for Moriah Bridges, the high school senior whose graduation remarks were censored by school officials because they contained faith-based comments.

As a result of Moriah standing up for her rights and First Liberty’s action, the Beaver Area School District (BASD) in Pennsylvania enacted a new policy stating that students and private speakers at future graduation ceremonies “shall not be restricted because of religious, anti-religious, or non-religious content.”

In a recent interview, Moriah spoke to First Liberty about her victory, stating, “I love my community and I love my school. I am excited that it will be a place again where all students’ rights are represented and respected.” When asked whether she would stand up for her faith and religious rights in the future, Moriah answered, “I would do it a hundred times again. I feel blessed to have been an instrument to help further students’ religious rights.”

Following the victory in Moriah’s case, school districts across the nation should recognize that the First Amendment grants full protection to students’ religious speech. Students chosen according to neutral criteria to speak at a graduation ceremony – and who retain control over their remarks – speak as private citizens, not as representatives of the government. School districts and their officials should be less concerned about the possibility of violating the Establishment Clause and more concerned about being hostile to the free exercise rights of their students.

In other words, a student making religious remarks during school-related events or activities is not the same as the government establishing a religion.

Under current law, it is only in the narrowest circumstances that school officials may exercise editorial control over student speech. As the Supreme Court has said, “Students do not shed their constitutional rights to freedom of speech or expression at the schoolhouse gate.”

A VICTORY FOR ALL STUDENTS

The victory in Moriah’s case is a critical step in protecting the right of future students who wish to reference their religious beliefs in a speech to their classmates.

For countless students throughout America, faith plays an integral role in shaping their identities and guiding decisions throughout their lives. As they find meaning and purpose in their religious beliefs, it is not surprising that they would want to use their faith to inspire and encourage the lives of their peers.

Moriah intentionally crafted the words of her graduation speech to express her best wishes for her classmates, drawing upon the faith that is central to her identity as a Christian. Thankfully, school officials have apologized to Moriah and taken the important step of correcting the school district’s policy to protect students like Moriah in the future.

It is imperative that students like Moriah be allowed to exercise their Constitutional rights without governmental obstruction. Students should not be put in a position where they are forced to choose between removing anything religious from their public remarks or forfeit an opportunity to participate in school functions.

Jeremy Dys, Deputy General Counsel at First Liberty, notes, “School officials should remember that students retain their constitutional rights to freedom of expression from the schoolhouse gates, all the way through the graduation ceremony.”

“Moriah’s decision to stand up to the unlawful and unjust actions of school officials exemplifies bravery and courage. First Liberty encourages people of faith to take a bold stand whenever their religious liberty is violated,” said Kelly Shackelford, President and CEO of First Liberty.

First Liberty attorneys stress that students – and private citizens – should remain hopeful. They must know that the practice of school officials editing, controlling, and censoring speech because of religious viewpoint is unconstitutional.

Americans of all faiths have a right to express and live according to their religious convictions, and the Constitution continues to be the bedrock guaranteeing those fundamental rights. First Liberty exists precisely to restore religious liberty as stipulated by the First Amendment and to be the champion that offers the greatest hope for victory when that freedom is violated.