Every year, the International Christian Concern (ICC) publishes the Hall of Shame Report, listing the worst nations for persecuted Christians. This year, for the first time, the United States was included in the report. 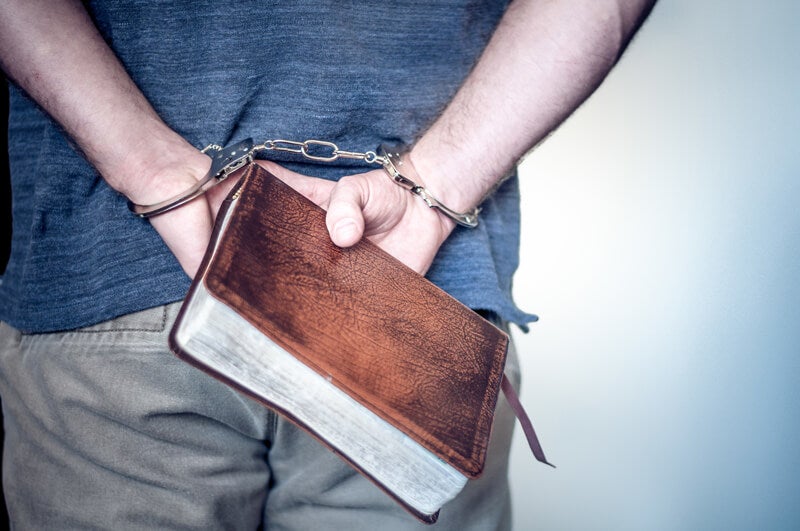 Every year, the International Christian Concern (ICC) publishes the Hall of Shame Report, listing the worst nations for persecuted Christians. This year, for the first time, the United States was included in the report.

In the report released in early January, the United States was included in the all new “New and Noteworthy Category,” along with Russia and China. Other categories were “Worst of the Worst” and “Core Countries,” naming nations like North Korea, Iraq, and China.

The ICC report cited First Liberty Institute’s Undeniable: The Survey of Hostility to Religion in America, which revealed last year that attacks on religious freedom have doubled between 2012 and 2016.

As ICC notes, Christians in particular are coming under increased legal and cultural attack.

“In short, Christians in the US are facing constant attacks in the media, where they are portrayed as bigoted, racist, sexist, and close-minded,” the report says. “The characterization in the media may be translating into direct attacks as well.”

Dr. Walsh was terminated from his position with Georgia Department of Public Health for Sermons he preached on the weekend. The Kleins were penalized $135,000 and forced to close their business because they declined to create a custom cake for a same-sex wedding. Kennedy was fired from his job for kneeling by himself for a brief moment of silent prayer after games. In another instance cited in the ICC report, Intervarsity Christian Fellowship lost recognition as an organization because it required leaders to abide by certain biblical teachings.

WHY WAS THE U.S. INCLUDED IN THE HALL OF SHAME REPORT?

According to the ICC, anti-religious freedom groups have taken advantage of a decreasingly religious society “to create a body of law built from one bad precedent after another. Claims of intolerance and inequality are used to fundamentally distort the clear intent of the First Amendment.”

As the Hall of Shame Report says, the Founders’ intention was never to eliminate free religious exercise from the public square — the result of legal attacks against Christians like Dr. Walsh and the Kleins.

“The First Amendment explicitly grants freedom of religion, not freedom from religion,” the report says. “The essential aim is to protect the right of citizens to practice religion in the public square.”

The report goes on to say:

“While there is no comparison between the life of a Christian in the US with persecuted believers overseas, ICC sees these worrying trends as an alarming indication of a decline in religious liberty in the United States.”

What the secularists referenced in ICC’s report seem to miss are the multiple benefits that religious freedom affords society every year.

In the booklet Saving America released last year, First Liberty Institute documents “10 Reasons Religious Freedom is the Key to Our Nation’s Future.” They include facts such as:

“More Americans should recognize the positive influence that religion and religious people have in our nation,” said Kelly Shackelford, First Liberty’s President and CEO. “If they did, perhaps we wouldn’t see such a strong media bias or as many legal attacks against Christians and other people of faith.”

OPPORTUNITY FOR THE FUTURE

“It is an absolute disgrace for the United States to be included in a report that documents the persecution of Christians worldwide,” Shackelford said. “If this isn’t a wake-up call to more people that our religious freedoms are slipping away, I don’t know what is.”

Fortunately, there is much potential for improvement under the incoming presidential administration, with a Supreme Court and myriad other judicial vacancies waiting to be filled.

“No matter what happens with our next president, First Liberty Institute will be fighting to restore the rights of Christians like Dr. Eric Walsh and the Kleins and all people of faith, and reverse the downward trajectory of religious freedom rights in America” Shackelford said. “I hope this is not only the first time, but the last time that the U.S. appears in the Hall of Shame Report.”

Commentary is brought to you by First Liberty’s team of writers and legal experts.