The Heat Is On: A Recap of this Summer’s Most Sizzling Headlines Regarding Religious Freedom – and What YOU Had To Say About Them 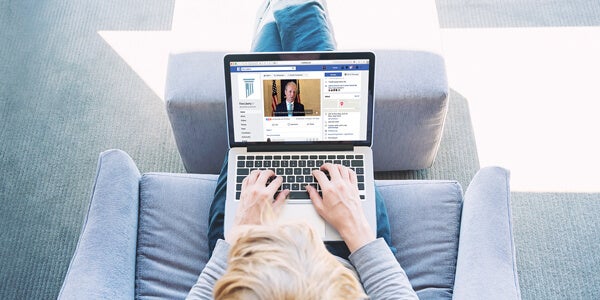 Summer 2018 brought a heat wave of religious liberty news…but that was only a mild start to what’s coming up in the next few months. We’re only days into September and First Liberty is already gearing up for a fall season that promises to be another thrill ride.

News, updates, breaking developments, and of course, victories, keep pouring in from all sides!

And because things are always moving at a fast pace, we thought it would be wise to pause briefly and hear what you have to say about all that’s happening in the religious freedom world.

In this special edition, we’re featuring your comments on the religious liberty issues of the day, showcasing how Americans – like you – are supporting First Liberty and our nation’s first freedom.

Your comment could be featured on the next Liberty Watch “You Said It First” edition!

CONFIRMING KAVANAUGH AND OTHER ORIGINALIST JUDGES

Right now, the U.S. Senate is in the process of vetting and confirming Judge Brett Kavanaugh, President Trump’s nominee to fill the current U.S. Supreme Court vacancy. And while the nation focuses on judicial hearings and examinations of his legal record, many of you have already engaged in the effort to confirm Kavanaugh to the bench.

Here are some of your comments in support of Judge Kavanaugh’s impressive legal record:

Like you, Americans from coast to coast understand the importance of filling court vacancies with highly qualified jurists like Judge Kavanaugh, who will uphold religious liberty as enshrined in the First Amendment.

But confirming originalist judges to our federal judiciary is only one front of the larger battle for religious freedom.

At the same time, Frist Liberty continues to fight for the religious freedoms of our nation’s military veterans. While we are grateful for those who sacrifice so much to defend our freedoms – like former Chuck Roberson, Oscar Rodriguez, and Phillip Monk – regrettably, some commanders have allowed anti-religious hostility to grow under their command. Recently, we’ve been at the forefront of an effort to hold those few U.S. Military commanders accountable.

And we’ve already seen some powerful results, as the U.S. Army cleared the name of two exemplary soldiers and our clients: Chaplain Scott Squires and his Chaplain Assistant, SSG Kacie Griffin.

Nevertheless, our attorneys are still locked in a legal battle to vindicate Oscar Rodriguez and Charles “Chuck” Roberson. We’ve demanded that the U.S. Air Force apologize and bring to account those officials who physically assaulted Oscar, ruining Chuck’s retirement ceremony.

And we’re not the only ones demanding that “deep state” military officials be held accountable. Defending religious freedom in the military is clearly something that’s also important to all of you!

IT’S NOT COMING DOWN!

Fighting for the rights of our nation’s service members and veterans also means preserving and protecting veterans memorials that honor the sacrifice of our fallen heroes. Right now, First Liberty is litigating at the U.S. Supreme Court to stop radical humanists from disfiguring or destroying the Bladensburg WWI Veterans Memorial.

Recently, First Liberty President and CEO, Kelly Shackelford spoke before thousands of veterans at The American Legion’s 100th National Conference. There, he emphasized why the Bladensburg Veterans Memorial must never be torn down and promised, “It’s not coming down!”

And he wasn’t alone in that sentiment. Many of you responded, saying:

Here at First Liberty, we live up to our word when we say that we defend religious liberty for all Americans.

We’ve come to the defense of everyday Americans like Coach Kennedy, Mary Anne Sause, Ken Hauge and Donna Dunbar. They – like you – exercised their constitutional right to religious freedom, but have each faced outrageous religious discrimination because they chose to express their religious beliefs in their daily lives.

And while First Liberty fights to restore their liberties, your support for them keeps pouring in: